By now, you have undoubtedly heard that the Mueller team — when approached by the Department of Justice Inspector General as part of his investigation into the predicate for the creation of the original counter-intel investigation that gave rise to the Mueller Investigation — informed the IG that there were 31 phones they had used by key players, but that were devoid of any information. 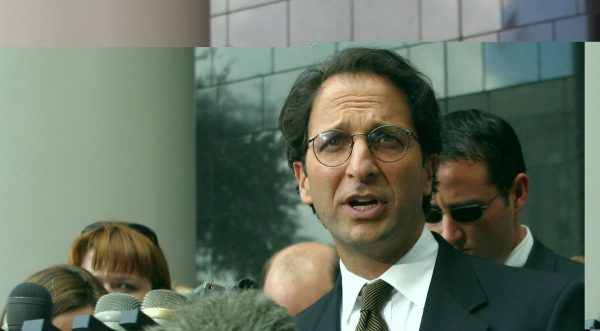 This moron (Princeton undergrad, Columbia Law grad, Andrew Weissmann, Mueller Senior Counsel/Prosecutor) wants you to believe he forgot his passcode twice on two different iPhones and had no alternative other than to wipe them clean rather than deliver them to the inspector General. No phone records, no texts, no emails. Twice. Do you believe him?

This happened two years ago in 2017, but just came to light. The timing is a little murky. You will recall several important things:

1. The whole issue of text messages (and emails) contained on the phones of FBI Agent Peter Paul Strzok and his lover, FBI Attorney Lisa Page, was very high profile back in 2017.

You will also recall the Clinton email imbroglio upon which Strzok worked.

2. The Mueller team was in the process of investigating and charging malfeasors of all sorts with evidence gained by prying into phone records. They knew the importance of these records.

3. At the core of the entire Mueller effort were four FISA Warrants that allowed the FBI/DOJ to delve into NSA-sourced records of all types. It was and is the stock in trade of these tech savvy investigators.

Stop — the smartest investigators from the Federal Bureau of Investigation, the shrewdest prosecutors from the Department of Justice had 31 phones which yielded not a scintilla of information.

Wow, Batman, what a coincidence!

Therein lies one of the most curious elements of the discussion.

First, know that these are government phones upon which government workers created government records which must by law be retained.

Again, the data on these phones are government records that must by law be maintained.

Here are some of the reasons given as to why the phones were “wiped clean” of any records:

1. Some of the phones have been arbitrarily wiped clean by re-formatting the phones with a factory reset.

Two facts collide here — the first is the clear recognition that a factory reset will wipe the phone’s memory v the clear legal duty to safeguard government records.

The persons involved work for the FBI and the DOJ and were in the serious business of enforcing our laws. They knew exactly what they were doing — breaking the law, but that did not dissuade them.

2. Some of the phones were useless because the owner did not recall the passcode to unlock the phone.

They had, of course, used these phones for years, but did not “forget” their passcodes until the Inspector General indicated an interest in taking a look at the contents of their phones.

3. Some of the morons involved indicated that their phones were involuntarily wiped clean because they had attempted to access them so many times that the Apple iOS wiped the phone clear as part of the security system.

Allow me to put some context on that dilemma. Brother Weissmann has had a government phone for years and years, but not until he went to work for Mueller did his memory fade so completely that he not only FORGOT his passcode once, but twice. This did not happen until the Inspector General said he wanted to look at it.

Here is how the Apple iOS works as it relates to forgotten passcodes:

An iPhonc can be unlocked using a fingerprint if the duration since the last unlock is less than 8 hours.

You can manually elect to do without a passcode in the Settings.

The passcode would be either a 4 or 6 set of alphanumeric indicators — “1-2-3-4” or “A-B-C-D”. I am willing to bet you would end up with a passcode that meant something to you.

You will have used this passcode for a long time before the IG showed up looking for your phone. It is not likely something you would forget.

The sixth time you enter the wrong passcode, you are locked out for a period of time such that by the tenth time you will have been locked out for more than four hours. [Remember these guys have an IT Department to assist them and they are dealing with a 4 item alphanumeric.]

Per government protocol, these phones should be backed up automatically at the end of each day. Data is backed up daily. Even if you are locked out of your own phone, your data — meaning your calls, text messages, your emails — should all be there in that nightly backup.

4. Another reason given was “screen damage” which is baloney because the data from a damaged phone can be transferred to a new phone (just did that myself two days ago) and accessed thereon.

5. One chap has no idea how his phone reset itself and wiped out all his data — this is a man who was in the heart of the investigation. He didn’t even bother to rope his dog into the explanation.

“My dog has massive paws and mashed the buttons so hard the phone wiped itself clean.”

7. One explanation went thusly: “Phone was in airplane mode, no passcode provided, data unable to be recovered so had to be wiped.” Wait, why did it  have to be wiped?

We, you and me, dear reader are dumber than a milk crate of river rocks. That is what the Mueller boys think.

These geniuses cannot remember the passcode for a phone they have used for years — here’s the truly miraculous part — all at the same time when the Inspector General says he’d like to see those phones. Holy smokes, Batman!

Plus, it turns out to be top heavy — the only guys with this problem are top dogs, Indian Chiefs, prosecutors, and investigators.

Me? I am not that dumb, amigo. You are on your own.