Allen, Grayson Allen, is a Duke University basketball player who has tripped three opposing basketball players in calendar year 2016 during two different seasons. Each such event was blatant, captured on video, and deliberate.

[Please note that the Big Red Car’s favorite team is the University of North Carolina Tar Heels, so praising Coack K is a hard pull. But, it is all true. Great team, great school, great coach, great player.]

The actions taken by Grayson Allen have been dangerous and could have resulted in serious injury to the victims.

Tripping an opponent is bush league and unworthy of such a talented player. They tell one that he is a jerk. 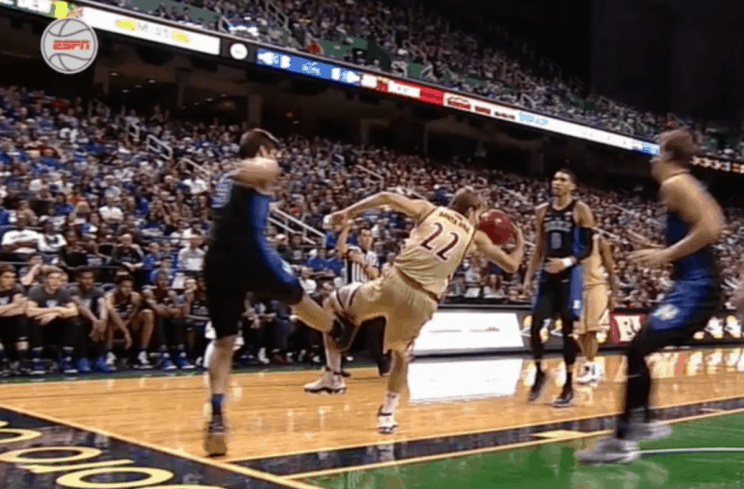 Duke basketball is bigger than this punk even though he is a pre-season All America. And, hey, the Big Red Car is rooting for the guy to get his head out of his fourth point of contact (paratrooper humor).

But, hey, what the Hell do I really know anyway? I’m just a Big Red Car. Merry Christmas to all of y’all. You deserve it. Happy Holidays. Happy New Year.