COVID has killed 600,000 people in the United States and devastated the economy.

In spite of these facts, there are some who have suffered more/less and there are those who have prospered, as unlikely as that seems.

This graph shows an interesting impact on wages of different segments of the population. 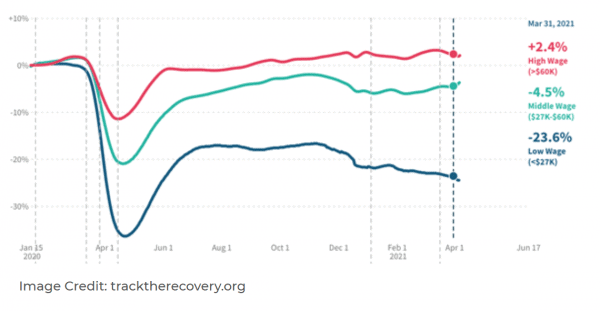 Here is what we can learn:

1. The navy blue line represents those making less than $27,000 annually. This segment of the work force saw their wages dip by 23.6% and was really devastated in the early going with losses of more than 30%.

3. The red line represents those making more than $60,000. This segment of the work force saw their wages INCREASE by 2.4% though they saw a dip of about 10% in April during the first wave of wage changes.

This last curve, the $60,000+ workers, surprised me. They saw an increase of 2.4% in spite of the fact that the general economy took a painful hit.

This is wage data and does not reflect the epidemic of child suicides and drug overdoses that happened in this same time frame, the wrecking of US public education, or the 163,775 small business that closed between 3-1-2020 and 8-31-2020 (most recent numbers available).

We will never really know the complete impact of COVID on the United States other than to be able to say it killed 600,000 people and destroyed the economy.

Right now, nobody is making any attempt to hold China accountable in any manner, China is stonewalling the world, China is spouting absurd explanations of from whence the Wuhan Virus originated including blaming it on the United States.

I think it is fair to suggest that other than the development of vaccines in record times — a Manhattan Project quality performance in the face of widespread skepticism and obstruction — we made some really stupid moves on the economy that impacted wages in a horrific manner.

In retrospect, we did much of this to ourselves.

But, hey, what the Hell do I really know anyway? I’m just a Big Red Car. Have a good week. 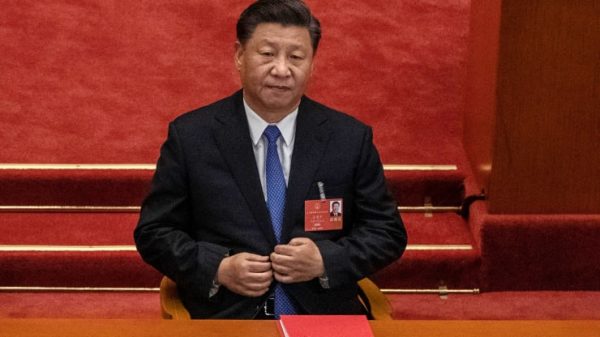 President For Life Xi Jinping addressing the COVID situation, “You want to investigate the origins of COVID that killed 600,000 Americans and 4,000,000 globally? Is that your question? Here is my and China’s answer: FUCK OFF. Have a nice day.”