Big Red Car here with some interesting facts on marijuana — legal in Colorado. Colorado now has five years of experience with the legalization and commercialization of marijuana.

Colorado did not just “de-criminalize” the possession of marijuana; it provided an opportunity for the commercialization of marijuana in the form of growers, distributors, and retailers.

There is a difference between de-criminalizing and commercialization, but what do the results tell us five year in? 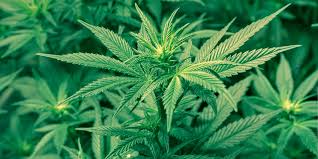 Colorado has five years of experience with commercial marijuana. During that period of time, the number of legal cultivators has grown to almost 700. 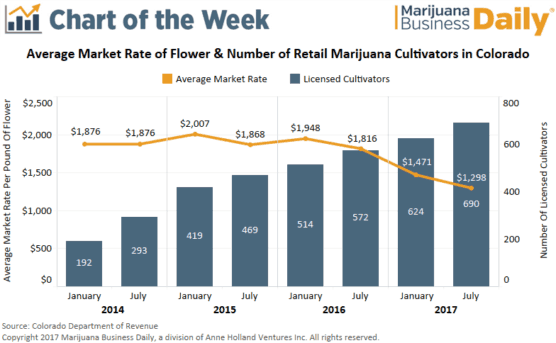 In January 2014, there were 192 legal cultivators while today there are 690. The price of a pound of marijuana bud has decreased from a high of $2,007 in January of 2015 to an all time low of $1,298 in July 2017. This is a 35% decrease and the trend continues and is expected to continue as more cultivators open for business and cultivation efficiencies are realized.

This implies an price of $82 per ounce, the legal limit a person can possess in Colorado. The per ounce price is typically higher and it is taxed to the tune of about 15% (effective as of August 2017, a slight increase). The tax is applied to both wholesale and retail prices, so it is, effectively, taxed twice. [There is a Vendor’s Fee of 3.33% which is applied at the time of tax filing.]

Colorado has identified “marijuana tourism” as a identifiable impact though it is impossible to quantify.

Drivers testing positive for marijuana in fatal crashes has doubled.

Homelessness rates have also doubled giving Colorado one of the highest rates of homelessness in the country. Anecdotally, managers of shelters report many homeless folks are drawn to the legally available marijuana.

High schools have been hit hard:

1. High schools report a 71% increase in drug violations amongst students during school hours.

This has happened in an environment in which all other violations have markedly decreased.

2. Suspensions for drugs have increased by 45%.

3. Colorado ranks first, by a wide margin, in the country for the rate of marijuana use amongst teenagers.

It is important to note that the age at which a person can possess marijuana in Colorado is twenty-one, so all high school students are using marijuana illegally.

In discussing the five year anniversary of the commercialization of marijuana in Colorado, folks say the following:

The state budget is approximately $27,000,000,000 with additional Federal funds driving that to almost $40,000,000,000 — the additional marijuana tax revenue is insignificant while the problems are significant.

The marijuana revenue — $250Million of $40Billion — has not driven any policy issues based on new fund availability.

2. The legalization and commercialization of marijuana is a different kettle of fish than the simple de-criminalization. The additional availability has driven marijuana into high schools and into the pockets of teenagers. The results show this clearly.

3. Neighboring states, wherein marijuana is not legal, complain of marijuana smuggling. Some have sued the State of Colorado.

Let’s be clear. The Big Red Car does not have a dog in this fight. I fully expect marijuana to be legalized in the entire country within the next 10 years, if not sooner. I am simply calling balls and strikes.

But, hey, what the Hell do I really know anyway? I’m just a Big Red Car, y’all. I do not smoke weed though some weed has been smoked in my seats.