Screws v nails, Big Red Car? What’s going on down there in the ATX?

Well, dear reader, it’s going to be 80F and I may have to turn the A/C back on for a few hours. How goes the weather where you are?

So, I have been reading a bit of CS Forester (The African Queen, Horatio Hornblower). This is an author from a long time ago with whom an educated person should be familiar. If you have ever aspired to be a professional soldier — guilty — then you have to read The General (written in 1936, $1.99 Kindle or free if you have Prime).

The General, a novel, is a study in the poor quality of the generalship in the British Army during World War I. It is required reading for those who must balance the authoritarian comfort zone of military leadership with a more results oriented approach. 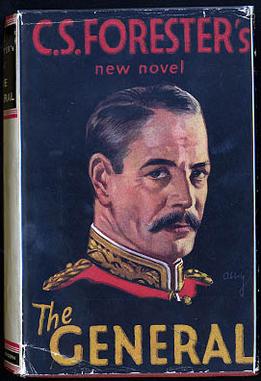 If you have been in the Army and have read this book, you understand exactly what I am saying. If not, then you are in for a treat.

Any Second Lieutenant who has ever commanded a rifle platoon or has been a combat engineer (which means you have to fight like infantry when you get done building and blowing things up) has had to learn to attack an objective by using fire and maneuver.

The US Army triumphed in World War II because young lieutenants and captains used fire and maneuver to attack German and Japanese positions. It is a bloody skill, but it is an easy one to master.

The platoon leader establishes a base squad (there are 3-4 squads in a platoon) and a maneuver element. While the base squad lays down a base of fire, the maneuver element lunges forward. If you have four squads (as the combat engineers sometimes had), then you may fire and maneuver using two squad elements.

You mix up who is the base and maneuver element when you have three squads with an eye toward keeping the enemy guessing who is going to move next. You may also keep your machine guns at hand to keep the enemy’s heads down. I was always a fan of controlling the machine guns and using their tracers to mark targets. Same thing with grenade launchers. Never forget the grenade launchers.

When the maneuver element is safely grounded, they become the base squad, the base squad becomes the maneuver element, and the process repeats itself until the platoon is close enough to the enemy to throw hand grenades. Upon showering the objective with hand grenades, the platoon assaults the objective as a single unit killing the occupants. This may degenerate into hand-to-hand combat and bayonet work.

The overarching challenge with World War I was that the combatants went to ground and built extensive earthworks. The entire front was one continuous earthwork which stifled the ability to maneuver.  Here is a picture of a British position.

The World War I general saw the situation as fire VERSUS maneuver. When they could not maneuver, turn a flank, execute a pincers movement, find a way to break through the lines, what did they do? They rained artillery and poison gas on the enemy positions. This was both the Central Powers and the Allies.

One has to be skeptical about any army which would wear helmets like this. Are they mimicking unicorns? The chap in the middle is the German Kaiser come to cheer up the troops. Sabers? Spurs? Pointed hats?

The Screws v the Nails

So, this gets us to the comparison of the screw v the nail as it relates to the startup business, business in general, and problem solving.

It is an analogy of using maneuver when fire doesn’t work.

When you confront a screw and misapprehend it for a nail, you try to pull it out by applying direct pressure. You get red in the face, apply more pressure, flirt with a stroke, but the damn “nail” sits tight and mocks you.

When that doesn’t succeed, you apply more pressure, lengthen the lever arm, and become more frustrated. You air out your profanity vocabulary.

A smart CEO comes upon the scene, recognizes it is a screw, gets a screw driver, and with apparent ease unscrews it.

Many problems in business are screws and not nails.

In World War II, the German Army launched an attack against France and the Brits which was driven exclusively by maneuver. They ran around the end of the Maginot Line — France’s attempt to wall France off from Germany.

The French doubled down on the last war. The Germans started a new type of warfare which relied upon maneuver, tanks, lightning moves, combined arms, and it worked.

The Japs used a sneak attack against the American at Pearl Harbor to cripple the American fleet to steal from the Americans any chance of opposing further acts of Japanese aggression in the Pacific.

The Japs planted the American maneuver element on the bottom of Pearl Harbor.

Do not be a World War I British General and apply more force. If you are losing, do not double down on the methodology of loss.

Be a thoughtful chap and see whether you might be dealing with a screw — something which responds to a new approach, an innovative approach, a bit of maneuver.

Be that CEO. Screws v nails. That’s you.

But, hey, what the Hell do I really know anyway? I’m just a Big Red Car. Great weekend to y’all. Call your parents. Take your sweetie out for a chocolate eclair.