OK, maybe the title today should have been “Where’s the beef?” but you get it. What you will not be getting is any real beef.

A logo is fine — actually I think this logo is lame as Hell — but here’s the faux beef you really want to see. Please note the lettuce, tomato, onions, and pickles — vegetables on vegetables. Think about that.

Beyond Meat is an interesting story. Here are the high points.

1. The mission of Beyond Meat is four fold:

Reduce the impact on natural resources, and

Improve animal welfare (beeves not becoming hamburgers school of thought). Beyond Meat suggests there are 66,000,000,000 “land animals slaughtered every year for food.”

What doesn’t get said is whether they are trying to create a tasty dining experience. I guess that goes without saying.

The ideological secret sauce suggests that eating a Beyond Meat burger uses 99% less water, 93% less land, emits 90% few greenhouse gases, and uses 46% less energy. This info comes from a peer-reviewed Life Cycle Analysis conducted by the University of Michigan wherein they compared a Beyond Beef burger to a meat quarter pound burger.

The Michigan wolverines did not prepare a wolverine burger which seems to indict the validity of their report, no? Has anyone actually eaten a wolverine? I have seen plenty of them — fierce looking critters.

Want to save the planet? Eat a Beyond Meat burger right now. Who knew eating a burger could be so damn righteous? Well, now you know.

2. You can go Beyond Meat in four products:

Burgers, see the picture above,

Sausage — Beyond Sausage, and,

Crumbles, think taco beef. You can pick either “feisty” or “beefy.” 3. Beyond Meat has a lot of competitors — Boca Foods, Field Roast Grain Meat Co., Gardein, Impossible Foods, Lightlife, Morningstar Farms and Tofurky. . The entire food industry is becoming flooded with faux meat offerings. Meat is a $270B market in the US alone.

The big boys are getting in — Gardein was acquired by Pinnacle Foods which was just acquired by Conagra in a part cash, part stock, debt assumption $10.9B deal. [Conagra owns the Duke’s mayo brand which if you are from the South means something special.]

4. The main source of the faux beef protein at Beyond Meat is pea protein that the company buys from France and Canada. Currently, the company uses a single source of pea protein which sounds nuts to your Big Red Car. I am certain the guy running the company is on top of this issue.

5. A recent Forbes article said that 5% of Americans self-identify as vegetarian while 3% said they are vegan. Obviously, this is a key target market. I will likely never become a vegetarian, but I would definitely eat a veggie burger, Beyond Meat burger in a New York minute.

Who Are America’s Vegans and Vegetarians?

Beyond Meat IPO and performance

Beyond Meat went public in May 2019 at $25/share which raised the company more than $240MM, thereby putting a value of $1.5B on the pea protein producer.

The first trade for the new stock crossed at $46/share, a very nice bump, but it gets better (or worse depending on your perspective).

When I see such big first day jumps, I am always critical of the underwriting and the underwriters who left a lot of value on the cutting room floor by pricing the IPO way too low. If something comes out at $25, trades at $46, and closes at $65.75, then the IPO number was way too low. Of course, the investment bankers (led by Goldman Sachs, JPMorgan, Credit Suise) holding the “green shoe” are quite happy.

Talking to you, Goldman Sachs. You screwed the company.

The company — like a lot of unicorns — hasn’t bothered to make a profit yet, but at least the stock is performing like it is a winner. BYND has a clear path to achieve scale, something I cannot say about a lot of companies I study wherein it is murky AF.

The Beyond Meat Ambassadors

One of the unusual things about Beyond Meat is their corps of Ambassadors including a lot of NBA players like Kyrie Irving, Harrison Barnes, Chris Paul, JJ Redick. Barnes played at Carolina while Redick played at Duke. I love the  Heels and hate the Dukies unless the Heels get knocked out and then I root for the Dukies, but I can’t love them. Lame logo. Sorry. I like to understand founders as part of looking at a company. Ethan Brown (Columbia B School grad) has been working the faux meat gig for more than ten years. He started with faux chicken.

His father bought a dairy farm close to home — never heard of a weekend dairy farm, but that’s on me — and Ethan fell in love with the smell of money. No, I meant the smell of agriculture.

He tells a wonderfully odd story of having been fired by a Quaker church affiliated board of directors over having written an op-ed advocating for American airstrikes in Bosnia. Quakers, of course, frown on violence and thus his op-ed ruffled sufficient feathers that they faxed him a termination letter. Great story.

He eats his own dog food — figuratively speaking — every day. Throws a bit of oil in a pan, drops in a burger, crisps it up, and eats it sans bun.

I dig articulate people and here is something Ethan Brown said that puts the entire business into a great focus.

“The animal [meaning a beeve] serves as a bioreactor, consuming vegetation and water and using their digestive and muscular system to organize these inputs into what has traditionally been called meat.

“At Beyond Meat, we take these constituent parts directly from plants, and together with water, organize them following the basic architecture of animal-based meat. We bypass the animal, agriculture’s greatest bottleneck.”

So, there you have it.  The Big Red Car very rarely gives anybody a seal of approval, but I have to tell you this company looks smart, humble, hard working, scaling like crazy, working on Beyond Meat 2.0, and headed for great things. Winner, winner, chicken dinner written all over it.

OMG, DO NOT TAKE ADVICE ON ANY STOCK FROM A BIG RED CAR, DAMMIT! Hey, look at me. Re-read that sentence. Promise me you won’t do that.

But, hey, what the Hell do I really know anyway? I’m just a Big Red Car in hunt of a Beyond Meat burger. Be well and do something kind this weekend. Call your parents. Parents are so damn easy to please.

Hey 4th of July cookout with Beyond Meat burgers, anybody? Remember to grill some corn in the husk, Mexican style. 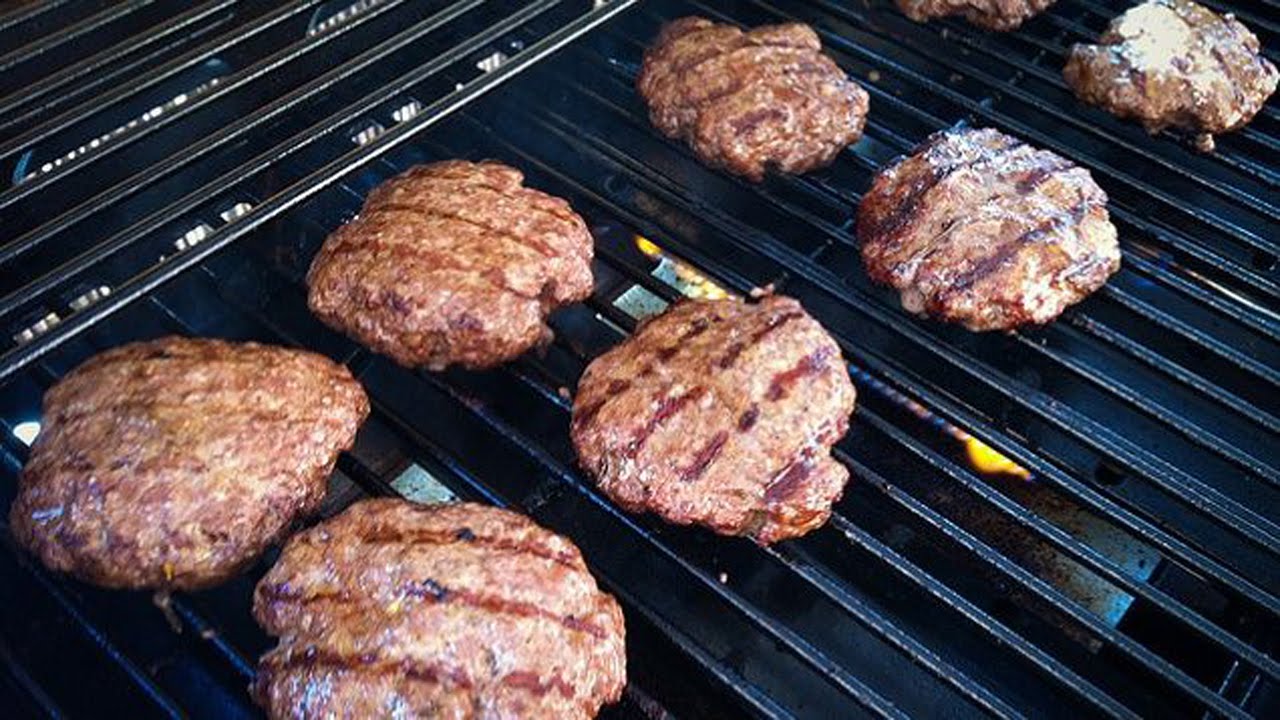