Big Red Car here.  Bit gloomy but we have a chance of rain for the next couple of days and that’s a good thing.  We are ready for some rain.

So The Boss is talking to several of his brilliant CEOs and finds a common theme — they express regret that they have not been already doing something that they have just now started doing that is particularly effective.

At least three CEOs in particular have expressed the almost magical quality of the performance of their companies after having worked through and updated their Vision, Mission, Strategy for their company and having conducted an offsite management meeting.

For one, in particular, things are so good the he indicated his biggest current concern was not to screw it up.  Profitable.  Growing.  Big pipeline.  Well organized.  Mind at ease.  Bit of contentment.  Sleeping like a baby.

The CEO expressed regret that he had not done all this work earlier.

Why did he not do it?

The simple and honest answer is that perhaps he wasn’t quite “ready” to embrace the opportunity or he wasn’t quite confident enough to launch into it or he was just too damn busy.  It really doesn’t make any difference what the reason — real or imagined — really was.

We do things when we are “ready” to them.  When the inspiration or the pain gets to the level that we act.  When the idea has marinated and germinated and sprouted.

We move through issues in an obvious set of identifiable stages:

1.  Not urgent, not important

Midpoint — six weeks to go — perhaps urgent or important and likely the right time to have gotten started.

We are managing ourselves in many ways.

It’s in your head, coax it out

Many things — revisiting your original Vision or updating your Strategy — have a temporal shelf life that requires a bit of inspection and updating.  You know it to be so.  But, truth be told, you have already given it some consideration and the answer is in your head.

Hey, CEO, coax it out in iterative steps.

3.  Discuss it with others.

5.  Take a quick stab at putting it on paper.

The CEOs who have been through this transformational experience and who are complaining of a bit too much contentment — a narrow window indeed but a real one nonetheless — all begin to feel the sun on their face when they have committed it to writing, communicated with their team and gotten their buy in.

They have realigned the efforts of their organization and the contentment they feel is the power of that alignment.

They were finally ready to deal with it.

Don’t beat yourself up, just do it

With apologies to Nike, yes, the final call to action is the necessity to “just do it”.

This became particularly apparent a couple of weeks ago when The Boss had sent a document to all of his CEOs about personal goal setting and he received reactions from several.  To a man, they all said — “Damn, I should have been doing this a long time ago.”

Here is the document for your use:  Life Planning and Goal Setting for the CEO <<<link 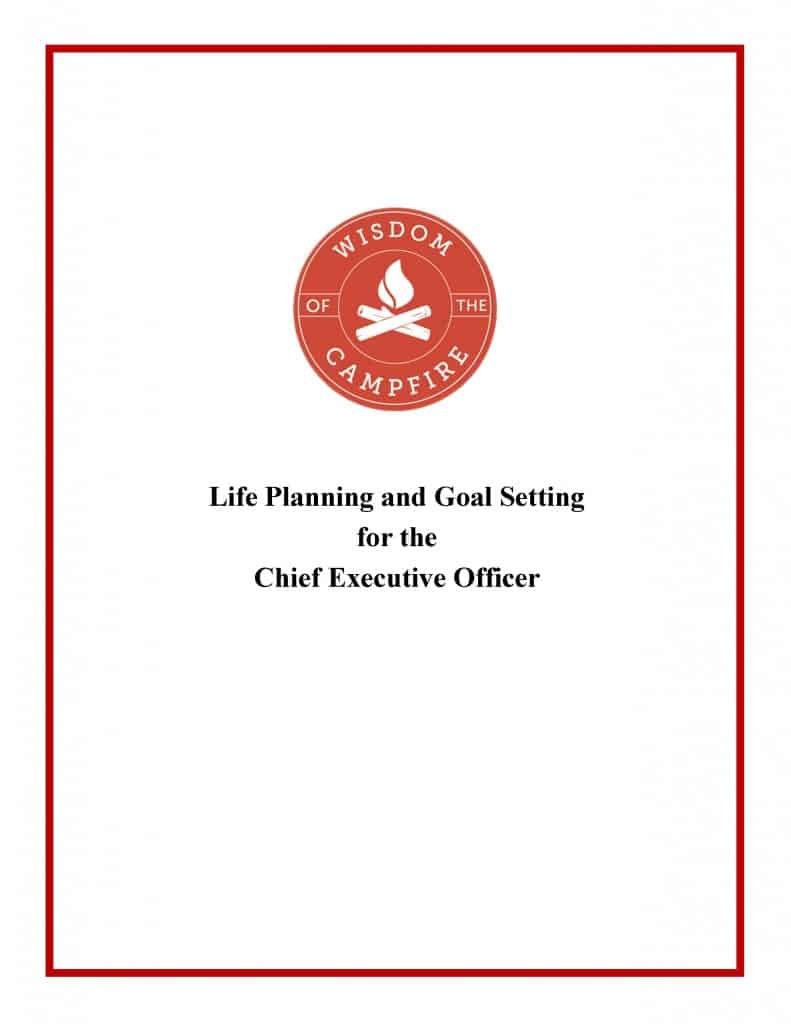 Here’s the bad news:  you were NOT ready to do it because you were consumed starting and running your company.  No apologies necessary.  Don’t beat yourself up.

Good news:  you are NOW ready to do it, so just do it.

You will know you are ready to do something when you begin to fixate on it and it consumes your mind and only then will you do it.  This is not an argument for just drifting along and doing whatever falls in to your head.  You are a list taker and an organized person — inquisitive and curious about what you can do to make your company and your personal performance better.

You know the Big Red Car adores lists and is constantly touting The Checklist Manifesto by Atul Gawande.  You knew that, right?  So be making your lists and as you see important things still not done, then you will do them.  When you are ready.

[A Big Red Car was born ready.  Haha, Big Red Car, you behaved yourself almost to the end but you couldn’t quite do it, could you?  You Goose!]

But, hey, what the Hell do I really know anyway?  I’m just a Big Red Car.  Be kind to yourself.

2 thoughts on “Are You Ready?”