Big Red Car here on a sunny — going to be 75F today — Monday. Crisp in the mornings, warm in the afternoons. Ahh, On Earth as it is in Austin By God Texas!

So, today we grade the Big Red Car’s 2017 predictions on politics.

How did the Big Red Car do?

Turns out that Donald J Trump is successfully inaugurated and becomes President which irritates a lot of #NeverTrump folks but they’ll get over it by 2020. Remember, Trump will NEVER get the nomination.

Trump forges an effective relationship with the Congress and, after repealing more than ten Obama Era Executive Orders, gets tax reform through while the Congress returns to regular order.

“Effective relationship?” Ummm, not so true.

The Trump administration puts a 5% tax on the repatriation of foreign cash holdings by American companies as long as they increase domestic hiring by 2% in 2017. The money flows like the Niagara Falls.

Work in progress as part of the tax reform package. Keep your fingers crossed.

The Veterans Administration gets straightened out. Long overdue.

Rick Perry closes down the Energy Department when he remembers what #3 was. Trump says, “See? Right guy for the job. Love the guy.”

John McCain and Lindsey Graham oversee Senatorial hearings which conclude the Russians are going to hack anyone who voluntarily coughs up their email password. They hold a presser to announce this. John Podesta says, “Not fair.” President Trump says, “No email for me.”

Not true. Though the DOJ did appoint a Special Counsel to investigate Russian tampering and Trump campaign collusion. Campaign lasted three months. Investigation is a year old. Nothing of any importance thus far.

Sightings of Bill and Hillary Clinton are scarce, while donations to the Clinton Foundation dry up. Huh? Chelsea turns over for the Department of Justice and enters the Witness Protection Program.

Contributions to the corrupt Clinton Foundation dry up.

Bill and Hillary Clinton — like dysentery, hard to get rid of. What Happened?

Former President Obama settles into Washington, DC and after a period (six weeks) of silence becomes a constant commentator on everything. He still makes out a NCAA Tournament Bracket, which is slightly better than his Syria policy though the Russians do let him participate after hacking it and leaking it to Julian Assange. The bracket? A huge loser.

True. OK, the part about Julian Assange turned out not to be true.

Former Presidents Carter and Obama hold a series of Town Hall Meetings, mediated by Bill O’Reilly, to debate who was the worst President. Obama by a meaningful margin.

President Obama gets the title: Worst. President. Ever. by acclamation.

President Trump delivers on a surprisingly large percentage of his campaign promises and doesn’t blame President Obama for anything.

Does a lot of blaming of President Obama for the mess he inherited, but tapers it off.

False. What was I thinking?

Yesterday went to the Cheesecake Factory for post-church Sunday brunch. Had the cheese cake with fresh strawberries.

The Chinese President comes calling and President threatens to serve him cheeseburgers but finally relents and they have chicken fried steak. [You recognize this is #fakenews, no?]

Chinese President (dictator) and President Trump become buddies, but the situation in North Korea is still a mess.

First Lady Melania charms the birds out of the trees and is the classiest and most stylish First Lady ever. The New York Times discovers, “Mrs. Trump used to be a fashion model and you can hang a dress on that beauty.” 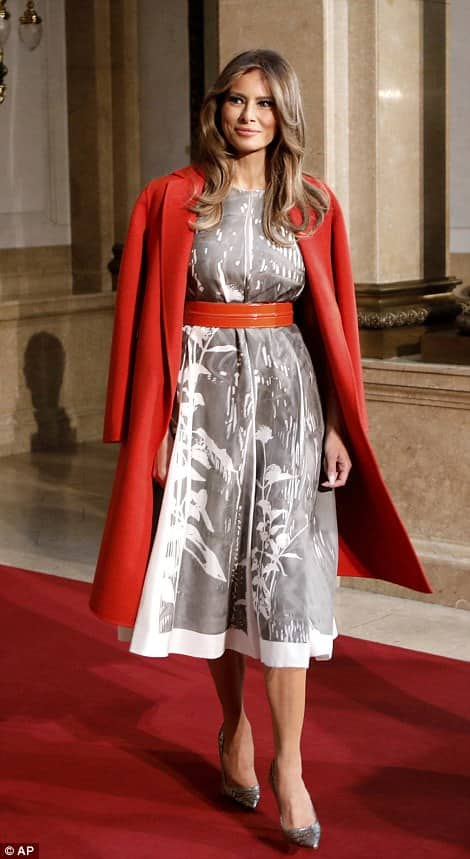 I love being First Lady of the United States. Thank you, America. Merry Christmas.

OK, so there you have it. A lot of hits and a few misses. Keeping score.

But, hey, what the Hell do I really know anyway? I’m just a Big Red Car. Be good to yourself. Be kind to everybody else. Merry Christmas (or other culturally appropriate holiday greeting).