Mr. K went on to cite the case of Trayvon Martin as an example of the police oppression he was protesting. Of course, Trayvon Martin was killed by a security guard named Zimmerman, not a cop. There are a few kinks to work out with Colin’s messaging, but the general thrust is to highlight police misconduct, police misconduct which unfairly targets people of color.

If true — and the Big Red Car certainly thinks it merits a careful analysis — it is worthy of our consideration and attention.

Colin K, subsequently, opted for free agency and as of yesterday remains unemployed.

Today, we discuss not the reasons why this phenomenon is spreading about the NFL, but its impact on the brand, the NFL brand.

Each team is individually owned and is a “for profit” business except for the Green Bay Packers who are a non-profit organization. The teams pay taxes on their earnings (except for Green Bay).

The NFL plays a seventeen week schedule (September to December) with each team playing sixteen games and each having one bye week.

At the end of the season, six teams from each conference (top four by record and two wild card teams) play a single-elimination playoff with the winners meeting in the Super Bowl, one of the largest extravaganzas in sports.

The NFL average attendance of 67,591 is the largest in professional sports and they have a lucrative television contract with three major networks.

The networks pay to broadcast the games.

The NFL is a trade association which operates as a 501(C)(6) under the Internal Revenue Code. Since 2015, the NFL has given up this tax exempt status which means it no longer has to report the salary of its management.

The management consists of a commissioner (Roger Goodell, age 57) elected by at least 18 of the 32 owners, a secretary, and a treasurer. Each conference has a nominal, though impotent, president. There is a large staff under the commissioner.

It is a good job, pays well, and sets up high expectations for his employers (the owners).

The NFL derives revenue from television rights, licensing agreements, sponsorships, and ticket sales — all of which flows directly to the teams.

The revenue is recognized at the team level, thus making  the non-profit status of the NFL administration meaningless. This revenue recognition model explains why the NFL gave up its 501(c)(6) tax exempt status.

The big revenue generator is the television rights.

If revenue goes down, why will it go down? Because the television stations cannot sell ads at the current rates because viewership declines while people are #NFLboycotting the NFL.

It is all interconnected.

Viewership goes down. Ad revenue goes down. The value of the television contract goes down. The funds available for the owners and players to split go down. Player contracts go down.

The Death Spiral is real.

The NFL has a lucrative television contract (2013 numbers)

The contract is complicated with DirectTV ($1.5B for the Sunday Ticket) in the mix and special arrangements related to Monday and Thursday night broadcasts.

Each of CBS, NBC, Fox rotate the broadcast of the Super Bowl which is very lucrative.

The takeaway here is that the NFL’s television contract is the land of milk & honey.

This is where the pain will be felt.

The players contract (the NFL Collective Bargaining Agreement, the CBA) is negotiated between the NFL Players Association and the NFL team owners. It provides for a fictitious even split with the owners of the gross revenue. The players get half; the owners get half.

If revenues go up, the players will demand a better contract come 2020 when the current 2011 agreement expires.

What happens if revenue goes down?

That is the question.

OK, back to the big issue, the brand damage.

The NFL and some of the players have now managed to get themselves into a pissing contest in which the American Flag, the Star Spangled Banner, military veterans, patriots, patriotism, President Donald Trump are on one side and the NFL and 13% of its players are on the other.

That is a lousy bet. Do not bet against Mother Goose or the American Flag.

Again, you have the NFL pitted against the flag, mom, apple pie, veterans, patriotism, Mother Goose, and Donald Trump.

The impact thus far is this:

1. The sides have been chosen and they don’t look good for the NFL. Do you agree?

2. #NFLboycott is a real thing and it is building strength.

5. It is only Week Three of the NFL season, but it is already looking troubling. [The Big Red Car thinks all of this can blow over if the NFL is smart about this and stops pouring gasoline on the fire.]

6. Social media, usually a leading indicator, is ablaze with the subject. No coherent message, but lots of them.

So, dear reader, there you have it. As I indicated, I am not taking a side though I must admit, I am curtailing my NFL viewership until further notice.

Where do you think this goes? 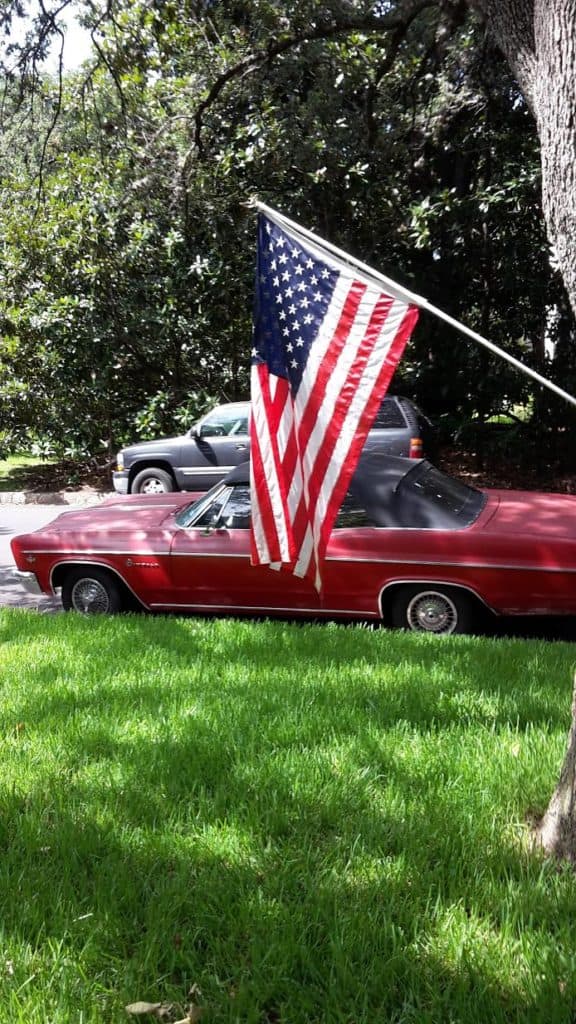 4 thoughts on “The NFL — Wrecking A Brand”