Big Red Car here in the crisp, sunny, loveliness that is the ATX — on Earth as it is in Texas, y’all!

The Big Red Car has been beating the drum about oil prices for almost six months –“Going to $30/barrel and will touch $20/barrel on the way. Biggest tax cut in American history.”

If the Big Red Car had a neck, it would be stretched way out there, y’all.

The price of oil dipped to a twelve year low. Oil prices! That is significant and would be significant all by its lonesome but it is even more important because of the time of the year — in the midst of the heating season. 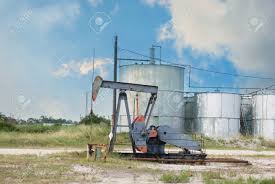 The economics of it are pretty easy.

1. Supply is up. Going to get even more robust as Iran adds a million barrels a day over the next year.

This is the simple shit your econ teacher told you about. It is not complicated. It is freakin’ supply v demand and you, dear reader, know that stuff.

It’s going to be hard on a Sheikh

What is not so obvious is that this will impact foreign policy. In big ways that will not be as apparent for a few months.

Mexico is going to struggle. Venezuela is going to have a difficult time. The Saudis will be rubbing their hands.

That little chap with the pert nipples, Vladimir the Impaler, is going to be running on empty soon. Does that make him cautious or desperate, bat shit crazy dangerous? Inquiring minds want to know.

The Middle East gets a little more dicey — how is THAT possible, Big Red Car?

Yes, the sheiks in Saudi Arabia and the Ayatollahs in Iran are also oil junkies. They slather up their bodies in crude and act…………………………..crude.

Watch this because their collision in Yemen backing and balling with the Houthis is going to go ugly on an ape. [Don’t you just love a bunch of shitheads who are named “Houthis”? It’s so damn………………….regional.]

So there you have it, dear reader.

The oil tax cut is coming to a pump near you. Very soon.

Don’t believe a Big Red Car, look for yourself.

If the President doesn’t find a way to screw it up, it’s less than a dollar by June and you can take that road trip to see Auntie Ethel in Idaho. Go now before she dies cause she might leave it all to you, cher.

Can you imagine if we had a President with stones and he had said, “Damn right we’re going to build that Keystone pippilini. Why not? A million barrels a day of crude for cheap? Jobs? Hell, we’ll be independent of the Middle East and we can stop swapping blood for oil. WTF? Why not?”

Of course, we don’t have a President with stones, do we?. Sorry. A Big Red Car can dream, no?

But, hey, what the Hell do I really know anyway? I’m just a Big Red Car. Be good to yourself and get some cheap gas. You deserve it.