What happens to a business when your service is commoditized such that the price — the market price — is ZERO?

This is the problem facing the discount brokerage business today.

To refresh your memory:

1. A long, long time ago, being a stockbroker was a great gig.

You wore a snazzy suit to work, came in just before the markets opened at 9:00 AM EST, read the Journal (maybe the NY Times back when it was a real newspaper), you called some clients, peddled some advice, entered trades for your customers, had lunch at your desk, and you collected commissions on those trades.

Seems like a self-generating cycle? Move to the head of the class, please.

2. Markets were open for restricted hours, ensuring that stockbrokers always got home on time for dinner and the chance to play nine before the sun went down.

3. Along comes this young geeky chap, Charlie Schwab, who understood the “back of house” trading of stocks — sort of like a guy who knows exactly what goes into sausage.

Look at those freakin’ dinosaur computers. Now you carry more than 100X that computing capability in your back pocket. 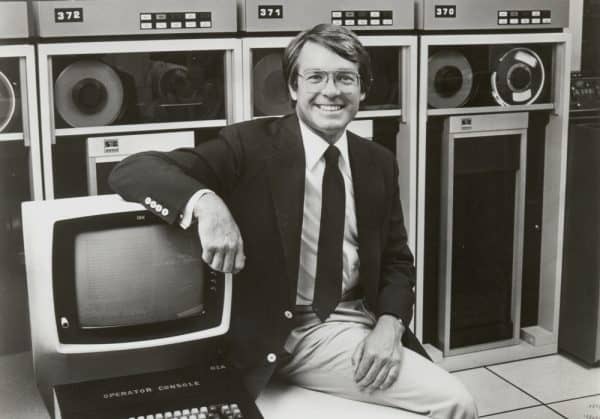 4. Opines Charlie, “Why is the stock trading commission a percentage of the trade when it is the same work for electrons to run down a wire for 1,000 shares of a $10 stock as it is for a $1000 stock?”

Such is the nature of true genius, asking logical, obvious questions and ferreting out the answers.

6. So, in 1971, Charlie puts his name on the front door of a company that began to charge a fixed amount for a trade, any trade — thereby dooming the long term viability of being a stock broker.

[Not to worry, they morph into “wealth managers” and live happily ever after. But, that is a different story, dear reader.]

7. Charlie and his electrons prospered, attracted competition, and the cost to trade began to trend lower.

Along comes TD Ameritrade, E*Trade and a raft of others. Charlie is not the only game in town.

10. Markets began to trade around the clock though they still maintained the fiction of trading hours and bells ringing.

11. Back of house operations — talking to you, computers — began to approach blinding speed and the technical challenge to run a back of house began to be — meh!

12. One more thing, people began to do their own research and this Interweb thing was filled to overflowing with all kinds of advice (a microscopic bit of it good), newsletters, and other stuff.

Don’t get me wrong, rich people still got the smartest minds to whisper in their ears, but the value of bundled stock trading and advice was extinct.

13. Then, the impossible happened — there were stock brokers who were willing to execute your trades for FREE.

Robin Hood, of English lore, took from the rich and gave to the poor. Sort of like a Democrat without the corruption — talking to you Quid Pro Joe.

Comes now a company, Robinhood, founded in 2013 by Vladimir Tenev and Baiju Bhatt (Stanford University roommates) — persons who had built high-frequency trading platforms for the financial big boys. They, like Charlie Schwab, were geeks who didn’t like to tuck their shirts in. 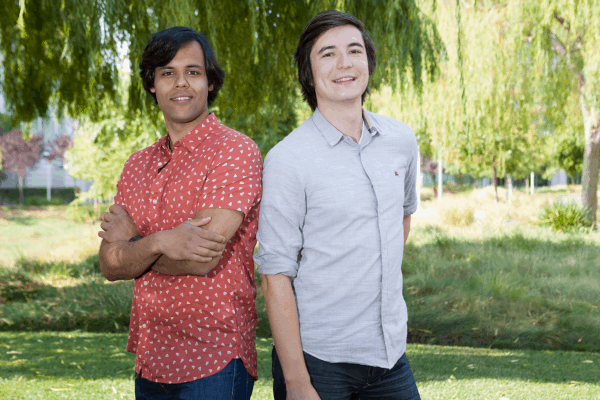 When they launched their APP (it is an app, y’all, that won an Apple Design Award, also a website) in December 2013, they had a waiting list for signing up and had signed up more than 100,000 accounts within less than 30 days. [Know how VCs say, “Call me when you have 1,000 customers and we can talk” — these guys had 100,000 customers in less than thirty days. Merry Freakin’ Christmas!]

OK, let’s get the legal mumbo jumbo out of the way — Robinhood is a smartphone app which provides the customer the ability to invest in public companies and ETFs on US stock exchanges WITH NO COMMISSION OR TRADING FEE.

They are a FINRA-approved broker-dealer, registered with the US SEC, and a member of SIPC (Securities Investor Protection Corporation).

They are legit, unlike some of the sketchy ICO and crypto stuff. Old school legit.

But what happened, Big Red Car?

Thereafter things happened fast. So fast, that some of this info is a little murky.

2. The FinTech world discovers these guys and says, Holy Cow!

4. In March 2015, the company says, “Everybody who is over 18 can open an account as long as y’all are US residents and older than 18.” Waiting list begins to clear.

More than 50% of the customer base are on the app daily and more than 90% show up weekly. [Full Disclosure: Your Big Red Car reads the Robinhood news every day.]

7. August 2017, Robinhood will give you stock for referring new customers.

8. January 2018, Robinhood announces commission-free cryptocurrency trading. By the evening of that announcement (25 January 2018), Robinhood has a waiting list of 1,250,000 crypto customers.

Trading is limited to Bitcoin and Ethereum (which together make up most of the crypto market anyway), but is also limited to California, Massachusetts, Missouri, Montana — one “C” and three “M” states.

[Ahhh, Coinbase, are you following this “commission-free crypto trading” discussion?]

Robinhood did in four years what E*Trade did in 37 years. Interweb speed exemplar.

Is it all that good, Big Red Car?

No, of course not, dear reader. There was some controversy.

The first thing was — how can you survive when you charge nothing for your product?

Ahhh, dear reader, there is that, isn’t there?

Turns out Robinhood was making money — totally legit — from:

3. Account subscription fees — you want a margin account at Robinhood? You have to pay a fee to have that margin money available; and,

4. Half of Robinhood’s total income came from “payments for order flow” which is the payment from a market maker/dealer/securities exchange to a broker (Robinhood) to execute trades and thereby capture the spread between the bid and the ask.

This phenomenon — a meaningful spread between the bid and the ask — is a phenomenon of inexperienced and new stock owners putting in “market” orders rather than “limit orders.”

Robinhood had plenty of inexperienced and new Millennial stock owners, so market makers/dealers/securities exchanges were willing to pay Robinhood to execute their business, pocket the spread, and give part of it to Robinhood.

Like everything in life, it costs more money if you are stupid. Worth noting that “payment for order flow” was pioneered by none other than Bernard Madoff. Yes, that Bernard Madoff.

Smart money says the “payments for order flow” gold vein will be regulated out of business shortly.

Robinhood has recently announced it will build its own clearing function — adios, spread mechanics.

[I am going to pretend all the controversy about the uninsured checking accounts never happened, so you have to research that yourself. Sorry.]

Then what happened, Big Red Car?

So, this little, scrappy startup faced down the big boys — Schwab, Ameritrade, E*Trade and on 2 October 2019 — a date that will live in infamy — these companies all announced that they would also charge ZERO for stock and ETF trades. Blew up the discount stock trading industry.

Disruption is a real thing. When it drives prices down, the competition has to match it.

The competitors to cheeky, well-funded startup Robinhood have multiple sources of revenue and will be dangerous competitors from here on out as they try to box Robinhood about the head and ears. Stay tuned.

The journey that Charlie Schwab started in 1971 to democratize finance has led to this. Bravo?

But, what the Hell do I really know anyway? I’m just a Big Red Car.