There was big news out of California this week that will impact the business model of Uber and Lyft, ride sharing companies who employ their drivers and their vehicles as “independent contractors.” 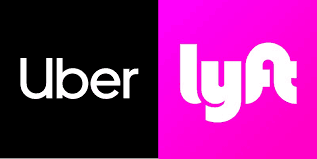 This employer — employee independent contractor relationship is critical to the business model of both Uber and Lyft.

The issue of whether an employee is a direct employee or an independent contractor has been around for a long time. Long enough that something called the “ABC Test” has been formulated as a way to resolve the nature of the employee relationship.

1. Is the worker free from the control and direction of the employer (called the “hiring entity” amongst the legal literati)?

2. Does the worker  perform work for other hiring entities outside the scope of this particular hiring entity’s business?

3. Is the worker regularly engaged in an “independently established trade, occupation, or business of the same nature as the work performed for the particular hiring entity?”

California and the independent contractor

Unfortunately, the California State Senate, the Assembly, and the Governor do not agree and have crafted something — a law — called “AB-5” which codifies the ruling of a particular case: Dynamex Operations West, Inc. v Superior Court of Los Angeles in which Dynamex was found to have wrongfully classified its workers as independent contractors. The court applied the ABC Test in this case.

If you are curious and have a free hour, you may read the case here:

None of this has happened in a vacuum as Uber/Lyft have been fighting this issue for a long time — remember it is the underpinning of their business model.

Warring parties have emerged to take the fight beyond the legislature and the Governor.

1. Uber/Lyft is attempting to negotiate directly with the Governor of California to modify the law before it goes into effect. Good luck with that, though Governor Gavin Newsom is a very weird cat. Who knows?

2.  More than fifty industries were carved out of the AB-5 impact zone. This seems very odd. Do Uber/Lyft have a legitimate beef?

3.  Driver advocate organizations have formed to push the legislation: Gig Workers Rising and Mobile Workers Alliance. Not only do these groups want drivers to be classified as direct workers, they also want the right to form a drivers’ union.

Remember this is California we are talking about here. California.

4. Uber and Lyft have formed an organization to push for a statewide ballot initiative on the subject. They have slapped their effort with their checkbook to the tune of $60,000,000 and will spend more if needed.

Uber has a history of attempting to deal with unfavorable legislation and rules through a ballot initiative as they did in Austin By God Texas a couple of years ago wherein they got their asses handed to them after spending $10,000,000 + on their ballot initiative campaign. Uber threatened to leave the market if the local citizenry didn’t show them the requisite love. When they lost the referendum, they did leave.

Austin, still being part of Texas though the connection is tenuous, showed Uber/Lyft the door. They came slinking back when the next SXSW extravaganza kicked off. Your Big Red Car thinks Uber/Lyft is a bully, a feckless, mean-spirited, adolescent bully.

So, dear reader, stay tuned. Two companies who are emblematic of the ride sharing industry are in the fight of their lives in California.

How are they doing otherwise, Big Red Car?

It is worth noting that neither of these recent IPO companies are within sniffing distance of becoming profitable. It is whispered that this change — workers being classified as direct workers rather than independent contractors — will add thirty percent to the cost side of the income statement pushing the companies even further from profitability.

Here is Uber’s stock performance since their IPO. 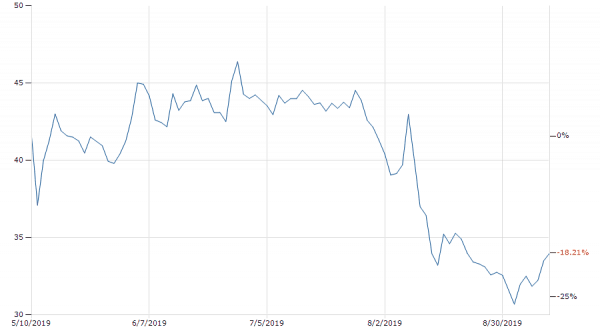 Lyft’s chart looks the same except they are down about 25%.

What can they do, Big Red Car?

Uber really only has three possibilities — by their own admission.

All of these feel, taste, smell like bad alternatives.

The ride sharing industry has been dancing around this independent contractor issue for a long time. They have blindly forged forward expecting this problem to go away.

The recent Dynamex Operations West, Inc. case from early 2018 is not going away.

The California law, AB-5, is not going away.

The Governor has indicated he will sign the bill, AB-5. That is not going away.

These ride sharing companies are already struggling on a number of fronts. This problem is not going to solve itself.

But, hey, what the Hell do I really know anyway? I’m just a Big Red Car. Be well, y’all. Go catch an Uber.

No, the Big Red Car does not drive for either Uber or Lyft. Give me a call if you need a ride.