Big Red Car, which is not involved with Uber as a car or a driver, here on a slightly cloudy day with a warmer afternoon promised. Hey, it’s June and it’s Texas.

So, Uber is having a tough time. The entire leadership is melting down. Huh?

As we chat, dear reader, Uber has just dismissed its #2. [Note, the Big Red Car is not going to name names even if you already recognize the plight of Emil Michael, the bonehead who famously wanted to use the Uber travels of journalists to their disadvantage.] 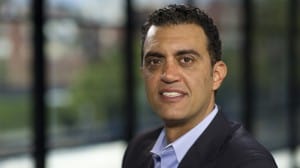 So, as we write Uber has vacancies at COO, CFO, CMO, general counsel, and now at #2. There is talk of the CEO, Travis Kalanick taking a “leave of absence” to deal with a personal tragedy — the death and critical injury of his mother and father respectively in a boating accident. Condolences.

If you have been asleep for the last seven years, Rip van Winklevoss twin, you may not know that Uber is taking over the world of on-demand-people-drayage through a nifty bit of software. They have built the enterprise to a $70,000,000,000 perceived value and are flirting with going public. This is “herd of unicorn” valuation territory.

[Hint: In the Uber search for a new CFO, the specs call for someone with “public company experience.” So, the idea they are at the beauty salon getting their eyebrows threaded and their nails done to go public is not a stretch.]

In the course of this happening, they’ve developed an extreme “bro-culture” in which anything goes. It became bad enough the firm hired Eric Holder, former Attorney General under President Obama who was cited for contempt of Congress, to conduct an investigation.

The investigation resulted in the dismissal of twenty managers and, some will say, the departure of the Uber #2, right hand to the Uber alles guy, Travis.

What this means is there will be some leadership turnover — duh, Big Red Car, when they’re looking for a new #2 bro, a COO, a CFO, a CMO, and a general counsel, is that a revelation? No, Big Red Car, it is not.

Uber is also making wholesale changes at the senior manager level and at the board level to get more women to soften the whip hand of Travis the K. It is so obvious and ham handed as to acknowledge the magnitude of the problem.

Uber got its ass handed to it in China by the locals. Different story, but one which bears on the mid-term implications.

Uber has lost its first mover advantage and firms like Lyft, and others, are now starting to duplicate the magic which was once exclusively performed and bottled by Uber.

Add to this the constant turmoil between Uber and its drivers, local municipalities who do not want to turn over licensure and regulation to Uber, and you have a company in turmoil.

Which brings the Big Red Car to one of his favorite things — predicting the future. So, here it is:

Uber will see a meaningful degradation in its perceived value. Something like a thirty percent haircut. The company will flirt with an IPO which will expose this weakness.

It will take much longer than anyone wants to make the C suite hires.

Uber will survive. Travis Kalanick will learn the meaning of the word humility. He will endure a public flogging.

The company will go public at a humble pie eating price and TK will be gone within twelve months of the IPO.

So, there you have it on a cloudy, now sunny, Texas morning in June.

But, hey, what the Hell do I really know anyway? I’m just a Big Red Car. Be good to yourselves and go, Warriors!