In the world of technology, there is a lot of technology we see, because we come into constant contact with it, because it impacts all of us. One we don’t see much about is agritech.

Cell phones is a good example of such a field of technology. Every time Apple bakes a little more tech into their offerings, you see it, and you either embrace or reject it, but you don’t fail to see it.

There is a great amount of technology that we do not bump into on a regular basis and yet it is being developed at lightning speed.

One of those areas is in what is called “agritech.”

Can you name a single agritech startup? Have you felt a single shock wave of the agritech explosion?

I have not and I am particularly woke to tech. [Haha, no I’m not.]

Let me tell you of a couple of interesting new developments. 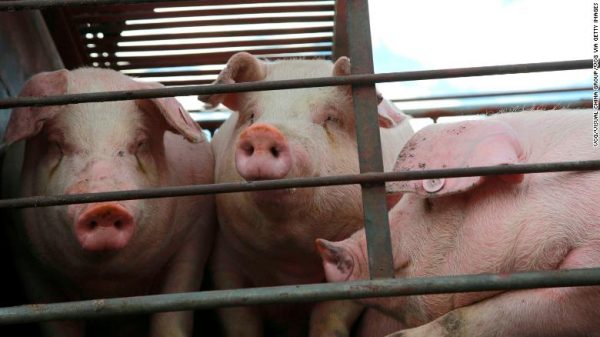 There is a Brazilian company that is harnessing drones, IoT sensors, and better Internet access to build a database on swine herds that will allow the pig farmer to use a smartphone to enter data on his animals.

This will then allow a swine herd to be managed with analytical information based on visual inspection of the pigs, which can then drive health, feed supply, medicine, and inventory.

There are other companies doing similar things with cattle and milk cows. They have begun to correlate what a steer eats and how it gains weight; or, what a milk cow eats and how much milk it produces.

Another company is developing an army of robots that can be filled with seeds and sent out to plant crops in an orderly manner.

This army of planters will be controlled by the farmer through a handheld tablet.

With the assistance of satellites, and cloud-based software, the seeds will be planted with superior accuracy and can be planted with input as to soil moisture and nutrient levels.

These seeds can be planted 24/7 and allow greater density, faster planting, more sensitive timing, and less wear and tear on the environment.

A lot of technology falls under the category of new wine in old bottles — the automation or digitization of existing processes.

Much of this current technology is new and abandons older processes.

This is essentially converting Old School farming with a whiff of tech into precision farming in which every process is digitized including moisture detection, pesticides, fertilizers, seed planting, and harvest readiness analysis.

This is being done with the IoT, sensors, high-resolution 3D aerial imagery from drones,and Artificial Intelligence analytics to take the measure of every possible variable in real time.

In many instances, this transforms the corporate farm gigantor into a series of one inch square farms that can be operated with precise analysis down to the individual seed. [Maybe you should have paid more attention during calculus class.]

In every instance, this will reduce the burden of pesticides, fertilizer, and manpower, create superior margins, and enhance profitability, while producing a system that is constantly under control and can predict yields with almost perfect accuracy.

Where Goeth the Farmer?

The farmer of the future is going to be a data scientist.

This won’t happen overnight, but it will happen.

On the tail end of this data is a better understanding of what crops will arrive at the marketplace, when, in what quantity, and at what level of quality. This will allow the value of the crops to be understood and managed (manipulated?).

The data will allow the farmer to bring his products to market with an eye toward not just the physical value, but the financial value.

There is a United Nations study bouncing around out there that says food, sustainability, and new growing methods will be a $2.3T — trillion — market by 2030.

Not only are the topics I noted above in play, but there will be obvious extensions such as food waste in transport, packaging, new fertilizers, managing the farm itself, managing forests, and fisheries, micro-irrigation, composting, and the energy cycle and potential for recapture of wasted or ignored energy.

Agriculture is going to be a very different business in the next ten years.

But, hey, what the Hell do I really know anyway? I’m just a Big Red Car. [A drone just flew overhead and sent a message to me saying I needed a new paint job.]

You do know that one of the reasons why the Chinese — home to half of all the pigs on the planet — returned to the trade bargaining table with the USA is because they are having a huge and disastrous African Swine Fever epidemic. More than 100,000,000 Chinese pigs have died. The wholesale price of pork is up 90% in the last year and will go higher. China is getting ready to dip into their national reserves of frozen pigs.

The problem is so severe that the Chinese are going to have to ration pork. Chinese pork imports are up 54% in the first half of 2019.

That additional $50B of ag products the Chinese promised to buy from the USA as part of Phase One of the Chinese Trade Deal? Pork imports.

Chinese pork raisers cannot afford to replace their herds and are scared to do so because of the continuing threat of more Asian Swine Fever.