Big Red Car here. Going to be a swell day in the ATX — sunny, warm and clear. Ahhh, on Earth as it is in Texas, y’all!

There is a fellow leading the Republican polling just now — leading the polling in July of the year before an election is interesting but not really that important. Ask President Romney about that, y’all. Haha, Big Red Car funning y’all this morning. OK, sorry.

Well, the Big Red Car doesn’t really know but there is an anecdote I want to tell y’all. Say Wollman Rink. Let me tell you a story.

The saga of the Wollman Rink and the Real Donald Trump comes into focus in the mayoralty of Ed Koch. We are talking 1986 New York City. Koch did not like The Donald.

Wollman Rink was a great attraction in Central Park but had been improperly constructed at its inception and thirty years later didn’t work. It was a disaster and the City of New York had been wrestling with fixing it for twelve years. TWELVE YEARS! Longer than it took to plan and execute a trip to the moon, y’all.

Mayor Koch received a scathing letter from The Donald decrying the fact that Wollman Rink had been out of commission for years, had pissed through twelve million dollars and was still several years from completion. The $12,000,000 was a sunk cost and it would cost a bloody fortune more to fix it.

The Donald offered — no, demanded — to take over the project.

Let’s cut to the chase — less than three months after being given the assignment The Donald finishes the project at an incredibly high level of quality and $750,000 under a $3,000,000 budget.

Here is the finished product, thanks to The Real Donald Trump. [Notice the Trump logoed Zamboni on the far shore. The guy is a freakin’ promoter, no?] 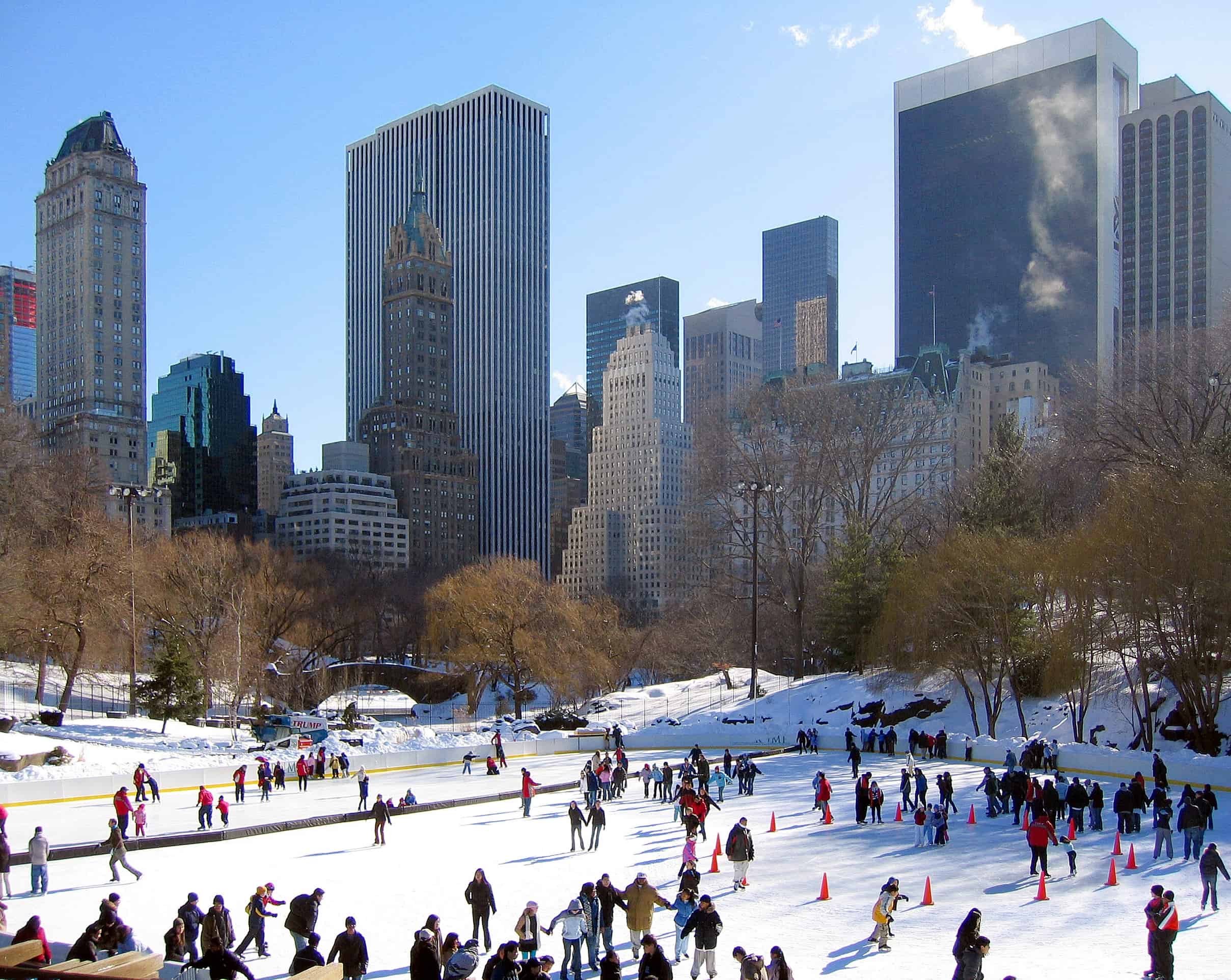 That is The Real Donald Trump. That was The Donald in 1986 — twenty nine years ago. The guy has been around for a long time.

The story gets better. The Donald operated the project for the city. In the first year, he made a $500,000 profit. The city had never turned a profit on the $4.50 entrance fee. Ever.

The Donald, who promoted the Hell out of the skating rink, drove attendance up so high that even at $4.50/skater, he turned a profit. 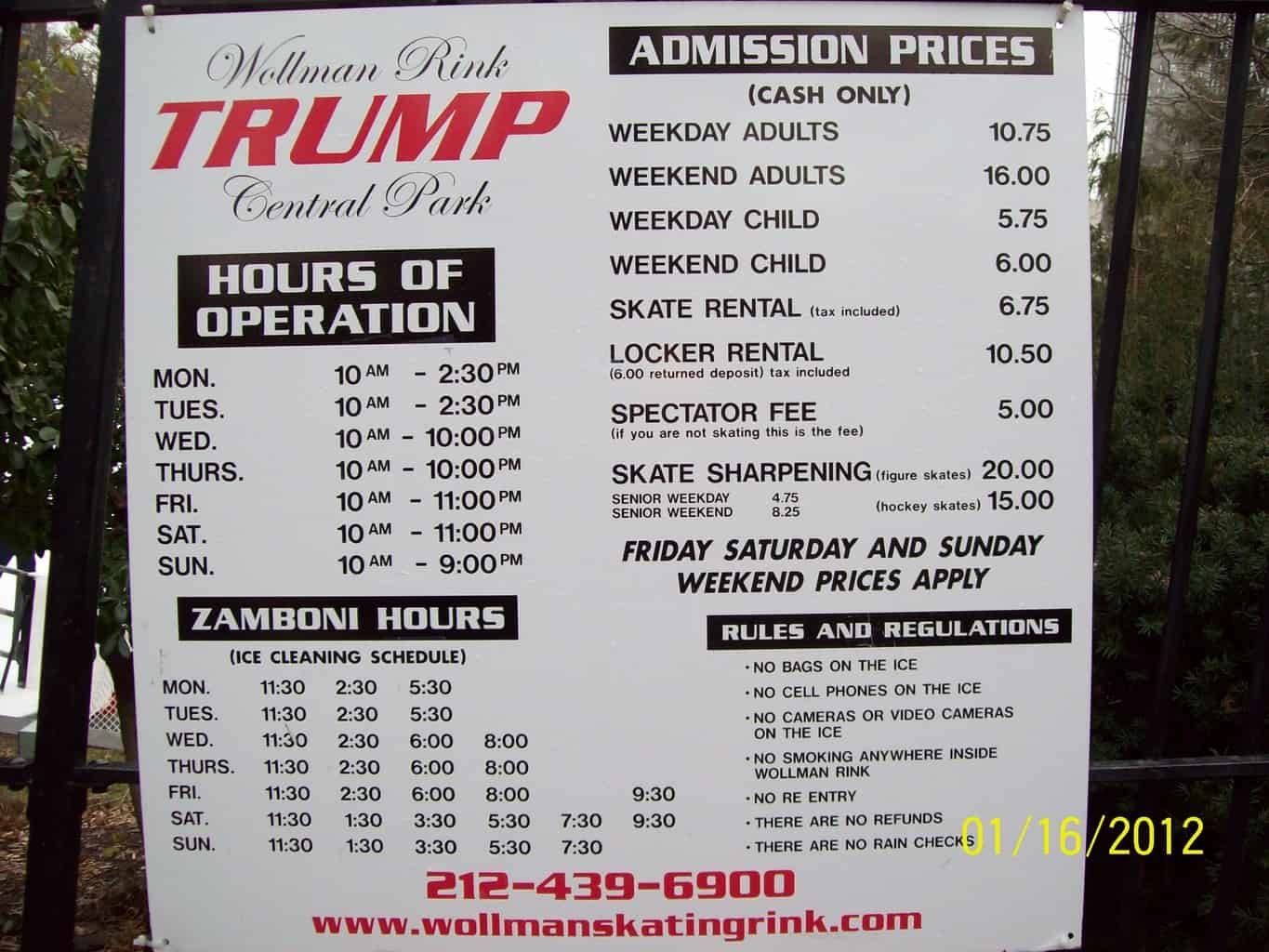 Can it get better, Big Red Car?

Yes, grasshopper, it can.

The Donald donated the profits to charity — after creating a reserve for the electrical expense of operating the skating rink. Fiscal freakin’ prudence. Now that’s in a little bit of shortage in Washington, no?

The skating rink had never paid for its electricity before. Now, The Donald was paying for the electricity, not mooching.

The Donald makes the following donations to charity:

No money went to Barnum & Bailey and no clowns were injured in the renovation or operation of Wollman Rink.

The biggest beneficiary was the City of New York and the quarter of a million skaters who enjoyed skating at the Rink that The Donald Built.

So, dear reader, is this a guy you would trust with the levers of government? Or, are you content with a skating rink that the City of New York took almost two decades to fix and pissed away millions.

The Big Red Car is thinking — The Donald is no clown. Now, that comb over? We will not go there today, dear readers. Let The Donald bask in all of his reflected glory.

The next time YOU are in Central Park, walk by Wollman Rink and see The Rink that The Real Donald Trump Built.

But, hey, what the Hell do I really know anyway? I’m just a Big Red Car. Be good to yourself today. You deserve it.

6 thoughts on “The Real Donald Trump — Serious Candidate or Clown?”