Big Red Car here and awaiting the results of tonight’s Iowa caucuses. Why do we care what a bunch of very white folk in Iowa care about anyway?

So, we’ve heard of the lost Japanese Decades, right?

The characteristics are the same as the Japanese debacle — low interest rates, low inflation, and low rates of growth. Do not say it — the “new” normal. Ugh.

This marries inflation adjusted GDP (gross domestic product) with population growth thereby stripping bare the impact of inflation and the growth of our population (which could be considerable over a decade, no?)

Go to 2005 and connect the dots. Just about flat for a decade.

In Japan today, they are charging to hold big cash deposits overnight. Look at this graph. 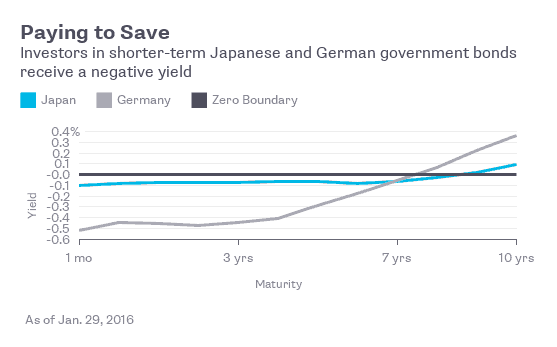 Warning: This is a gross oversimplification but it stands for the proposition that both the Eurozone and Japan are not exactly growing robustly. Sounds like the United States, no?

Here is a good article on Negative Interest Rates. Read it.

But, hey, what the Hell do I really know anyway? I’m just a Big Red Car. Happy Iowa, y’all!

3 thoughts on “The Lost American Decade”