We are on the verge of the first day of the impeachment trial of President Donald J Trump and, thus, I feel the necessity to say something of portent on the subject. I will try to be evenhanded, fair, and like Nancy Pelosi, wield a big hammer. 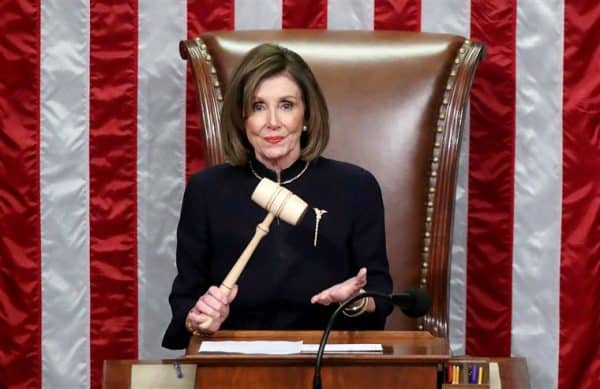 This may be harder than I thought.

The Harlem Globetrotters and The Impeachment

This is how I feel about The Impeachment. I know the outcome. The Washington Generals will not win. Again. Yawn.

Here are the reasons that are whispered:

1. The 2016 election outcome — the loss by Hillary R Clinton — has to be reversed. It was an error. Shell we make it a “corrected error?”

2. National security is at risk — Hoboken, NJ is threatened. Our fleet is no longer secure. People are serving Russian dressing on Chinese food.

As you can see, impeachment is a noble undertaking. You can also see that it was inevitable.

There are those who question the fundamental fairness of the House impeachment. Chief amongst those arguments are utterances such as this:

1. Impeachment started 15 seconds after President Trump took his Oath of Office. It was an exercise in having identified a target, time was necessary to find or invent a crime.

2. The House rushed to impeach, failed to even bother pretending they were seeking the truth. Supporters of this view would recite the lack of Republican involvement.

3. Speaker Pelosi rushed to impeach — it was a matter of global imperative that threatened national security, our way of life, the Republic, our elections, and male pattern baldness — and then sat on the Articles of Impeachment for a month. Of course, it was an emergency. Or course, our way of life was at risk.

4. There are those who say the Articles of Impeachment, as drafted, fail to allege a crime and are defective in other structural forms.

5. As the fruit of a poisoned tree, the “evidence” is tainted.

6. The Senate election can only be fair if the House and Speaker Pelosi are enabled to control its process. [Majority Leader McConnell may protest this approach.] To do otherwise, is to conduct a coverup.

7. Holy smokes — WTF happened to the whistleblower? Where is Eric Ciaramella?

8. In what judicial proceeding does the prosecution get to decide what witnesses the defense calls?

The issue of partisanship is alive and well.

1. The proponents of impeachment suggest that their effort is not “partisan” while being unable to explain why not a single person of a different party has embraced it.

2. The Federalist Papers warned us not to engage in partisan behavior with the fear we would devolve into a parliamentary form of government wherein a chief executive would require the “confidence” of the legislative body to remain in power thereby destroying the notion of separate and co-equal branches of government.

3. The conduct of the investigation in the House, in the view of some, was unburdened by any opposing input. While promised the right to call witnesses, the Republicans were disappointed.

4. There are those who complain that the Senate will equal the House in its partisanship. Hard to believe, but true.

If you sow the wind, you reap the whirlwind.

The Constitution is clear on the subdivision of duties between the House and the Senate.

1. The House Prosecutors, the Speaker of the House believe they should be able to direct the Senate in its quest for a “fair” trial.

2. The House, having voted specific charges in their Articles of Impeachment, believes it should be able to continue investigating while also presenting new witnesses and evidence.

Critics will suggest that once a charge is filed, try that charge and move on.

3. The House Prosecutors believe their evidence, their case, their charges are “overwhelming,” while still desiring to add to the witnesses and evidence.

Critics may be tempted to ask, “If it’s overwhelming, why do you need more? Does it ever stop?”

In summing things up, there are some other things that merit note:

1. Since the 2018 election, pundits, wags, critics have said that the House would do nothing other than impeachment — bingo! They also sat on the USMCA for a year.

2. It is incredible to see how the impeachment effort has solidified and strengthened the Republicans — this is a huge surprise to me. I would have thought at least a dozen Republicans would have been picked off. None? Wow!

3. While the media have been in the bag since the 2016 election, I must say I am amazed how wholeheartedly they have risen to the challenge. If impeachment has organized and inspired the Republicans, can anyone complain when the Dems/media are equally solidified?

4. The eventual Dem nominee is now faced with having to defend the House’s actions which may be a disastrous strategy come November 2020.

5. Last and most — we have an election within six months of the end of the impeachment trial.

So, dear reader, there you have it. I don’t see the Harlem Globetrotters losing to the Washington Generals or President Trump being removed from office. I do see some entertainment in store for all of us.