Big question to consider. Should we arm teachers?

Do teachers want to be armed, Big Red Car?

The Big Red Car expected this to be a contentious issue, but it was illuminating when an Ohio Sheriff in Butler County offered free handgun training to teachers. This was post-Parkland. Within five hours, more than 300 teachers signed up for the training.

Ohio has 225 school districts and each district has to decide for itself what they want to do.

This policy – arming school teachers – is consistent with the position of the National Rifle Association and was suggested by President Trump, though he has not said he definitely supports the notion.

The teacher response in a single county bears considertion.

What are they doing in Texas, Big Red Car?

Texas has had a law since 2013, the Protection of Texas Children Act, which creates a new category of peace officers. The new class is called a “school marshal” and can be a principal, coach, custodian, or teacher. They can only perform their duties when there is an active shooter. 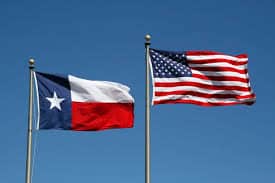 The position has some specific requirements:

1. The same background investigation as a law enforcement officer undergoes to be commissioned as a police officer;

2. A psychological evaluation and a physical fitness test;

3. Initial and periodic active shooter training which is 80 hours (30 hours of dual instruction and solo flight is required to get a private pilots license) – teacher handgun training – and given by police academies;

5. School marshals must use “frangible” ammunition – bullets which fracture upon impact and pose a lower risk of hitting innocent bystanders.

The program provides that the district school board must approve of those who volunteer for the program, but the persons’ identity is held confidential and they carry their weapons concealed.

Individual school districts can make the decision to arm teachers under the auspices of the Guardian Plan which predates the Protection of Texas Children Act.

Under this program, school districts may design their own plans.

1. There are 1,023 independent school districts in Texas.

2. 15% of school districts have their own organic police force which is armed.

4. 15% – 172 – of school districts have instituted teacher carry programs either under the school marshal program or the Guardian Plan.

More than half of the school districts in Texas have taken action to safeguard their vulnerable students.

One last thought – Texas has led the nation on his because it has a working relationship with guns because of its rural ranch culture and the long time for first responders to reach outlying rural jurisdictions. If it takes 20 minutes for law enforcement to reach the scene of the crime, the damage is done. Texas is a little different in that way, y’all. Remember that.

Bravo, Texas! The rest of y’all consider your duties and do them.

What is not discussed is what private schools are doing.

But, hey, what the Hell do I really know anyway? I’m just a Big Red Car. Be safe and be nice to someone who is lonely. You can do it.