Government at all levels often solves the wrong problem, is not very smart, is slow to act. Allow me to provide a vivid example.

Shipping is backing up at West Coast ports with more than 100 ships awaiting unloading at ports like Long Beach and Los Angeles. This will negatively impact Christmas sales, the cost of transportation, and temporary holiday hiring.

Here is a recent graphic showing the status of Long Beach. 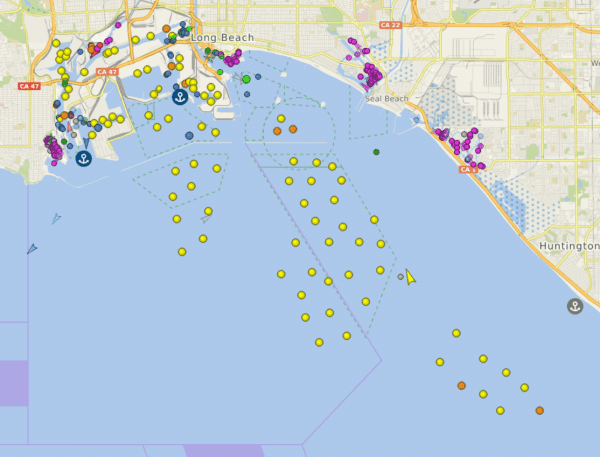 The yellow dots are ships waiting to unload.

President Biden in a speech today led us to believe that he and the International Longshore and Warehouse Union have suddenly miraculously discovered that they can work more than a single eight hour shift at the port of Los Angeles each day. Imagine that.

This solution does not require the personal intervention of the POTUS (which is a fairy tale anyway), just a little capitalism and a swift kick in the union’s butt.

Companies like Walmart, FedEx, UPS, and the USPS have been begging the unions to open 24/7 for a year. There trucks pile up every day waiting for the magic 8 hours in which the ports opeate.

Los Angeles and Long Beach handle almost half of the inbound freight from Asia coming to the United States. [Pro tip: Since the same union handles both ports, there is no competition between the ports.]

Long Beach, with no assistance from the POTUS, already agreed to operate 24/7.

The more is that nobody was minding the store. This problem has been a year in the making. Everybody knows about it.

Here’s what happened to container freight costs as a result: 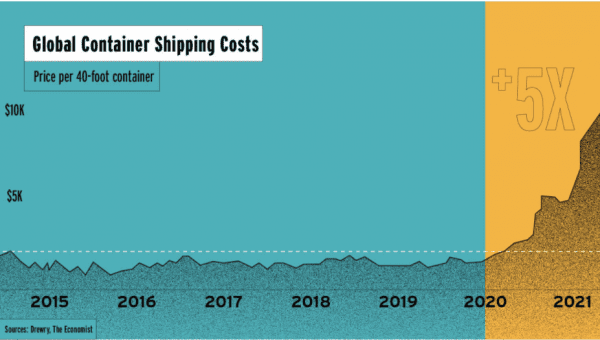 This has been going on since the 2020 election. The Biden admin just discovered it.

The Biden admin also kicked the price of gas in the nuts — cancelled the Keystone XL pipeline, halted leasing and drilling, and generally was hard on energy in advancing their Green Screw Job initiative — and made it way more expensive to ship via truck. [Circle back and think about what this means as it relates to inflation.]

Clowns to the left of me, jokers to the right of me

This is what our brilliant, hip Secretary of Transportation had to say today,

You can think of that as basically opening the gates. Next, we’ve got to make sure that we have all of the other players going through those gates, getting the containers off of the ship so that there’s room for the next ship, getting those containers out to where they need to be. That involves trains, that involves trucks, so many steps between the ship and the shelves.

Take a second to re-read that moronic statement. Doesn’t it sound like a moderately smart 3rd grader? 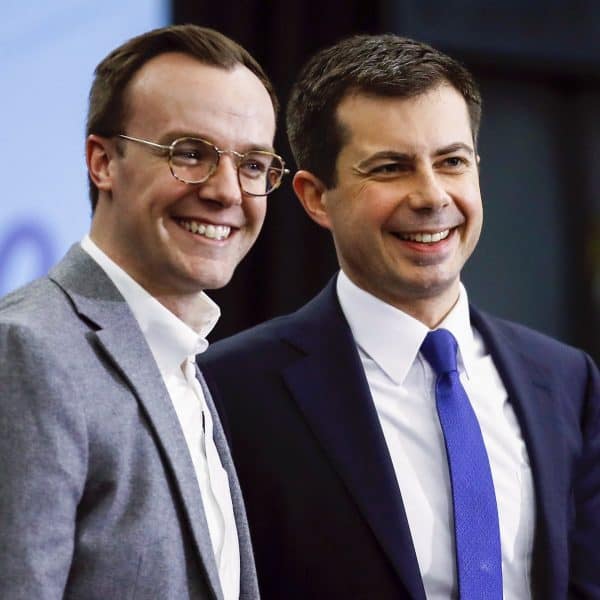 Pete and husband, Chasten, sharing the great news that they are going to adopt a child when Sec of Trans Pete should have been worrying about our ports. Get in the game, Pete. Chasten, tell Pete to get in the game, please.

Hire clowns, get a circus.

Pete, babe, why didn’t we “open the gates” the day you came into office? You’re the bloody Secretary of Transportation — your portfolio, dude.

Here is the real long term solution that the Biden admin completely missed:

1. Stop making goods in Asia that have to be shipped to the United States and move through the bottleneck of the ports. Stop making stuff in China. Make stuff in the USA.

2. Stop buying goods in Asia that have to be shipped to the United States and move through the bottleneck of the ports. Stop buying stuff from China. Buy stuff made in the USA.

Goods produced in the United States do not have to be unloaded, re-loaded, and transported in and from a port of entry.

That, dear reader, is the real solution.

So, President Biden, what are you doing to solve the problem? The real long term solution?

We make stupid decisions as to where to produce goods for the US market and we pay the price.

Christmas shelves are going to be a little thin.

Delivery times will be stretched out.

Transportation costs will go up even more which will further spur inflation — not to worry, it’s transitory and gas did not go up by $1/gal.

Temporary workers for Christmas surge will not enjoy as robust a hiring market.

Maybe I should ask my pals the longshoreman’s union to operate 24/7? Nah. Too logical.