Big Red Car here. Another — another — great day in the paradise that is the ATX.

On Earth as it is in Texas.

So, the Big Red Car is interested in the phenomenon that is The Donald from the perspective of assessing a political campaign as a startup. The Donald Startup!

In the end, isn’t a one time campaign the ultimate startup? The Donald Startup, y’all!

Apply that to a campaign. Let’s use The Donald as our exemplar, shall we? The Donald Startup.

I think it may be fair to suggest that The Donald sees himself as a “disrupter,” a guy who will disrupt politics as usual. 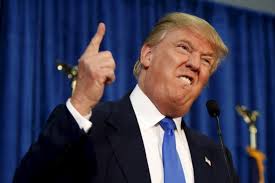 The Donald, The Disrupter in a moment of quiet reflection

He sees politicians as being “stupid” and “incompetent.” This observation is applied primarily to the outcome of negotiations related to trade, immigration, weapons but weak negotiators, in general.

No other politician can make these accusations because they are . . . . . politicians. And, they are essentially stupid, incompetent, greedy, and self-centered.

The Donald’s underlying assertion is very simple — “I could have gotten a better outcome for the United States because I am tougher and, therefore, a tougher negotiator. I also have a lot of experience negotiating complex deals. These guys are incompetent, stupid, and lousy negotiators.”

The Donald Startup is attempting to disrupt the politics as usual of the government.

The Donald’s communication plan had dominated the airwaves. The recent Fox/Facebook Debate was The Donald Show. The Donald got more than twice as much mic time as many of his competitors and the questions presented to him — fair play in the Big Red Car’s view of the world — were unique and not “debatable.” This amount of attention anointed him as not just The Donald. That night, he was The Man. Fox News made him the center of the show. And, in the game of politics, that isn’t a bad thing.

His slogan — “Make America great again!” — is one of those phrases it is impossible to be against. It is better than “Hope & Change” which was pretty damn good. Neither of these slogans mean anything but they inspire the masses and they are repeatable.

As to logos — would it be unfair to point out The Donald’s comb over? [“Is it “comb over” or “combover”? I need help on this one, y’all.] 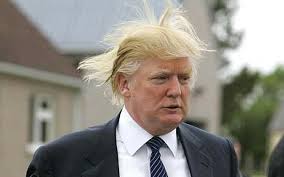 The objective of most startups is to obtain sufficient funding to see the product make it to market.

On this score, The Donald is out of the cradle rather handily as he is writing personal checks to pay his expenses. In startup world, that is called “bootstrapping.”

When The Donald berates his opponents pointing out that they are “beholden” to their funders and donors — a concept that is exactly what happens with startup investors — he strikes a powerful chord. America thinks the game is rigged and that the wealthy “purchase” the outcomes they want.

The Donald admits as much when he explains why he gave to both Democratic and Republican politicians. This is tantamount to finding out Santa Claus is your parents. Rosetta Stone-like?

This is a unique selling advantage that no other candidate enjoys — self-funding gives The Donald the ability to stick their noses in the real world implications of what this means in the public square.

1. He is playing himself — his boorish, churlish, mean self — all of which is priced into his popularity. No surprises that The Donald is, well, The Donald. Of course, that is also consistent with why he has accomplished the things he has. The Donald is not playing to tie.

The Donald looks the part. Have you recently seen him not in a suit? Very Reaganesque, no?

2. He is self-funded and beholden to nobody. This is a huge advantage and he plays it with a very hard edge. It is also true which makes it even more powerful.

When he mocks Jeb Bush as being owned by the $100MM in establishment donors, what is Jeb Bush going to say in return?

3. He is tying into the anger that drove the outcome of the 2014 elections. The Republicans seem to have forgotten how powerfully they swept the field. That may be, in part, because they are not really governing like they won letting President Obama continue to slap them around.

4. The media hates him which means he gets way more air time than anyone could possibly imagine. The Donald got twice as much mic time in the “debate” as Ted Cruz.

The folks think the media is unfair to The Donald, striking yet another chord that resonates.

5. He has his own air force and doesn’t need to rent or charter an airplane. His plane already has his name on it.

6. He has a hot wife — who would be the second foreign born First Lady in the history of the US. She would be a very attractive first lady, no? [The other one was John Quincy Adams — POTUS #6 — wife, Louisa Catherine Johnson Adams, a Brit.] 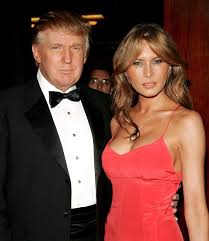 So, as a startup, The Donald Startup is moving forward touching all the right bases. The big question now may be — can he put together a national organization to win some primaries?

5 thoughts on “Politics as Startup — The Donald Startup”