Big Red Car here. The beer business is an odd place to look for information on startup culture and practices — or is it?

The beer business is currently fixated on the pending merger (takeover) of SABMiller Plc by AnheuserBusch InBev NV.

It is a clash of cultures. Big time!

Miller (Miller, Kozel, Foster’s, Blue Moon) is headquartered in London and is known as a good place to work based on its well-documented creature comforts including luxurious offices in Mayfair, lunch allowances, free beer (Peroni, Grolsch, Pilsner Urquell) and travel policies that have them staying at the Four Seasons worldwide. Ahhhh!

When asked about their culture, the SABMiller brethren defend it as supporting the company’s stated goals of fostering “refreshment and sociability.” They actually said that. 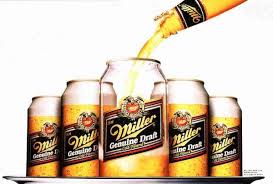 SABMiller is the seller to InBev which is run by a chap named Carlos Brito.

Carlos Brito, CEO of InBev, is notorious for running a lean ship. That lean ship and Carlos exude values of frugality, competition, and competence. The guy doesn’t even have a private office. He works from one side of a big table in a bull pen (not sure I actually believe that). He is a penny pincher but has a reputation for paying his executives very, very well. 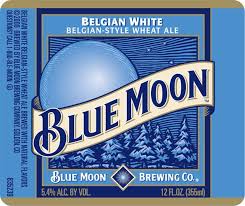 Brito has made almost two dozen acquisitions in building the business and the surviving culture is always that of InBev which extols such simple practices as zero-based budgeting wherein operating budgets must be regularly built from scratch with every line item  being justified on a regular basis. He is a stickler for quarterly planning and budgets must be zero-based every ninety days.

When Brito oversaw the acquisition of Budweiser out went the free beer and corporate jets. Blackberrys were cut in half. Private offices were converted into open office plan. You get the idea, no?

CEO Carlos Brito flies commercial while SABMiller owns a brace of Dassault Falcons and uses NetJets for chartered travel for its executives. [Some changes may be coming.]

What do the margins tell us, Big Red Car?

SABMiller has a 29.5% EBITDA margin. There are those who say that the number is really 25% but for the sake of argument, let’s assume the higher number.

InBev has a 40% EBITDA margin.

If you are an owner of these enterprises, which number do you like the best?

Reality is sometimes painful or is it?

The reality of the difference between the cultures is obvious. No smoke and mirrors. No big secrets. Just hard work and penny pinching.

Carlos Brito is not a novitiate. This is not his first rodeo. He expects to lose — he wants to lose — some of the management of SABMiller when the deal goes through. This is part of his transformational shtick.

Carlos Brito replaces entrenched, fat cat management with eager young MBAs who he then trains and motivates in accordance with his own singular vision. His VISION drives everything. Remember that. It’s important. Vision drives it all.

Uncharitably, one could likely fairly say that he is getting rid of expensive folks and replacing them with less expensive but arguably more highly motivated folks. Her does not make any attempt to equivocate on this score.

Where does this come from?

Fair to say these are all fairly straightforward consumer brands in which he has placed management to install and operate his rigid and disciplined system. Discipline in running a business does not have to be boring. 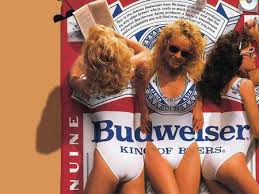 The startup world is quick to extol the notion of “lean startups” and it is both a good notion and an effective one — IF YOU ACTUALLY DO IT.

I suggest that a lean operation also has to follow the disciplines of such big enterprises and guys like Carlos Brito to ensure that their leanness is the product of painstaking planning and frugality.

I am sure that the guys who lose their jobs from SABMiller never went to bed — with their 25% margins — thinking they were doing anything wrong. They just didn’t have a demanding leader like Carlos Brito which gets us to you, Ms. Startup CEO. What exactly are you doing to stay lean and to create a profit? Is it being driven by your company culture?

But, hey what the Hell do I really know anyway? I’m just a Big Red Car. Tonight have a beer. You deserve it.