Big Red Car here.  The Boss was up very early this morning and out to the lakehouse and back almost before dawn.  He’s been a busy beaver these days.

He was meeting with someone who was trying to explain something to him that he believed was very simple.  The Boss likes simple.  In fact, he often says that he IS a simpleton meaning thereby that he likes simple things.

If you know The Boss, you know he will not be offended if you call him a simpleton.  I would sneak up on it if I were you.

So there is a theory promulgated by a 14th Century Franciscan Monk — no, the Big Red Car does not know him personally, silly goose — who espoused the notion that when two theories compete as plausible explanations of a physical phenomenon, the simpler is the more likely explanation.  See this guy was a logician.

Scientists often note that when there are two competing theories that make the same predictions, the simpler one is the better.

Einstein is said to have offered:  “Everything should be made as simple as possible, but not simpler.”

There are those who will be offended by the glib manner in which this idea is discussed but hey, I’m just a Big Red Car, no?

Buzzards in a tree

So, The Boss is heading back from the lake at about dawn and sees a tree full of buzzards.  Here is a picture.  Looks to be at least a Baker’s Dozen, no?  Not something you will see very often. 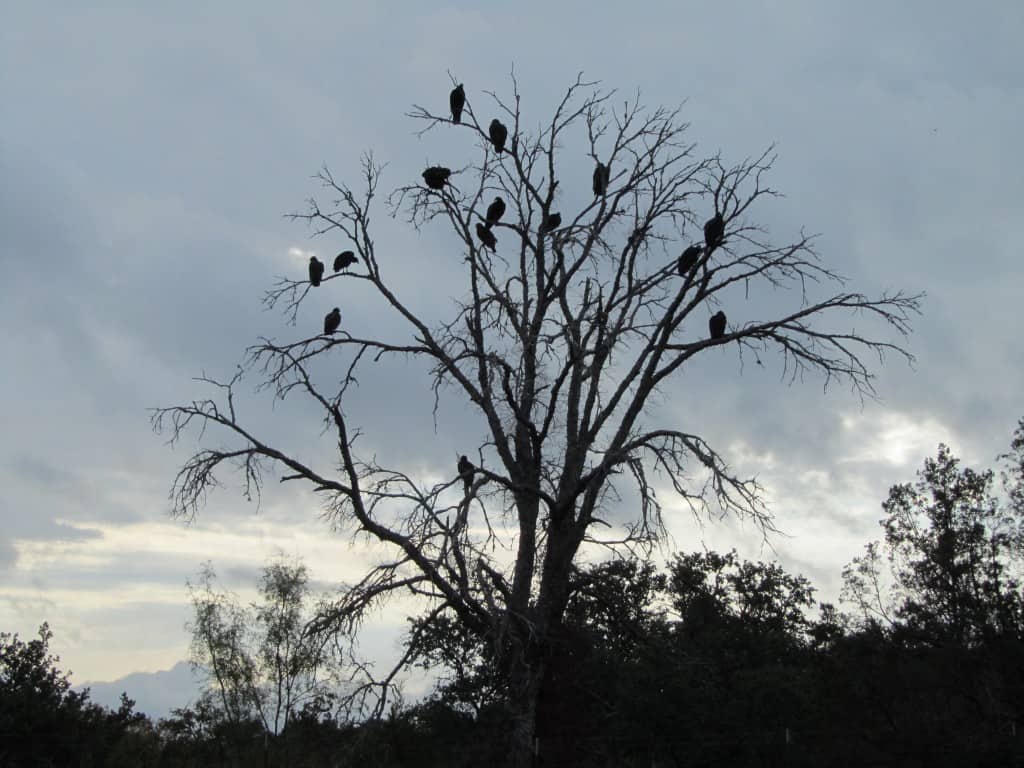 So, why are the vultures hanging out en masse in this tree?  Click on the photo and see it at a larger scale.

1.  Is it because this is a monthly meeting of the vultures out at Blue Lake?

2.  Of perhaps this is the most comfortable such tree in Blue Lake?

3.  Or could it be because there is an enormous dead deer right under this tree and the vultures are taking a rest from devouring it?

Bingo — it’s explanation no 3 — there was an enormous dead buck under the tree right alongside the only road in and out of Blue Lake.

And, that, Old Sport, is Occam’s Razor in your daily life.  In life and business, the simplest explanation is likely to be the right one.  Apply it in your life and business and you too can glory in being a Simpleton, no?

But, hey, what the Hell do I really know anyway?  I’m just a Big Red Car.  Be nice to a vulture today.  Haha, Big Red Car, you crack yourself up, don’t you?

4 thoughts on “Occam’s Razor — A Rule For Simpletons”