Big Red Car here.  So The Boss is back for Christmas.  Not like him to leave Steamboat when the snow’s still good but the babies — the Investment Banker and the Perfect Daughter — are coming home so he had to be there to greet them.  Still, the snow was damn good.

So The Boss is exercised about the recent budget deal and the provision to reduce the military pensions contained therein.  [The Boss is a Veteran and his Old Man is a retired Sergeant Major, so he comes by his interest honestly.]

The Boss does not think we should be balancing the Pentagon or National budgets on the backs of our soldiers.  Not at a time like this when the Nation is at war.  Simple notion really.  Particularly while the justification is to shift funds to other Pentagon programs including procurement programs.  Money for government contractors but no money for soldiers?

When a soldier enlists in the Army (Air Force, Navy, Marines, Coast Guard), he enters into a contract which obligates him or her to go in harms way to defend the Nation at the behest of the President.  The young American soldier takes an oath to protect and defend the Constitution of the United States against all enemies foreign and domestic.

The young American soldier literally recites a blood oath.  An oath that includes a burial plot. 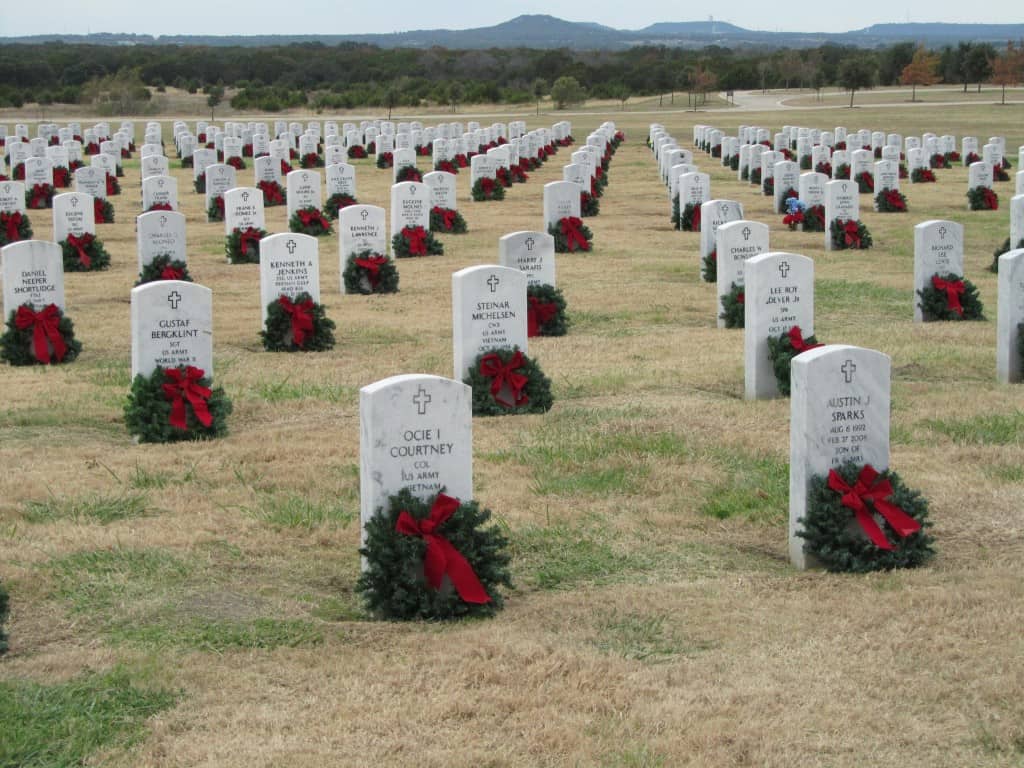 The Nation, in turn, agrees to pay the soldier and to provide care to keep him healthy and to heal him should he be wounded.  If he is killed in the line of duty he will be buried with honors and his survivors will receive a $100,000 death gratuity.

Part of this contract is a promise — made at the time of his first enlistment — to pay him retirement pay should he serve 20 years.  This promise of a retirement pay is an inducement for the soldier to enlist, re-enlist and to serve 20 years minimum.  It is a foundation of the bargain, the contract.

The soldier may also be medically retired if he is wounded and disabled in the line of duty.

Military pay is not very grand.  A new private is paid approximately $18,000 per year and is expected to risk his life in the bargain.

This is not a particularly attractive wage and yet patriotic men and women enlist to serve their country in time of war such as today.

They sign their name.  They shoulder their end of that dangerous bargain.  They serve diligently.

They deserve to have their contract honored.  By us.   By the US Congress.  By the President of the United States.

In the Congressman Paul Ryan and Senator Patty Murray negotiated Budget Deal one of the provisions is to reduce the COLA (cost of living allowance) by 1% per annum for all retired soldiers until they reach age 62 years old.  The COLA is intended to keep retiree buying power undiminished by inflation.  It is a normal part of most retirement programs.  It was part of the original bargain.

This has two important impacts on the retired soldier:

1.  During the time period from retirement until attaining age 62, the soldier will see a decrease in his contracted retirement pay and his retirement pay will not keep pace with inflation.

2.  Once the soldier has attained the age of 62, he will start receiving his full annual increase but from a now diminished base.  This impact will be permanent.

The net impact is that the retired soldier will see a permanent and irreversible erosion of the promised retirement arrangement.

It is worthy to note that neither Congressman Ryan nor Senator Murray suggested any commensurate reduction in their own Congressional retirement system.  Only for the military.

Think the US Congress would stand for having their plan unilaterally changed?  Not.  Bloody.  Likely.

The Boss is OK with the fact that the country and its leaders disingenuously praise the military — Our Heroes — when it is election time or on Veterans Day.

This decision to reduce retiree pay however drowns out and rips that phony sentiment naked.

Remember those Hellacious traumatic amputees who have lost a limb or two?  Well it is those guys who are being impacted by this reduction in retirement benefits.  Another horror visited upon them.

This betrayal by the House, Senate and the President should be remembered at the ballot box in November.  Get rid of all of them.

But, hey, what do I really know anyway?  I’m just a Big Red Car.

8 thoughts on “Keeping Faith With The American Soldier”