So, a year ago, The Boss is talking to one of his CEO clients and they get talking about a new hire.

This CEO runs an excellent company which he has for more than ten years. He is not a typical startup CEO and the company is profitable (always a good thing), routinely dropping 20% to the bottom line for years and years.

The company is growing at a steady rate but is poised for higher growth.

The charts show twenty-four months of growth which will absorb all of a single year’s profits to undertake.

As a result, the CEO is, understandably, reluctant to work without a net. He is lacking something but knows not what it is?

The story question is very simple — should the CEO risk a whole year’s profits to initiate a growth plan which may result in the company’s revenues doubling over the following two years?

Like anything in business, there are no guaranties of anything.

The plan could be flawed. The economy could change [the economy continues to limp along but the company has been growing in spite of that].

The bottom line is there is a risk.

What is the risk?

The risk is that the company could invest in additional people and the plan doesn’t work and then the CEO has to downsize as a result of the failure. The growth would gobble up a full year’s profits and the downsizing — in the event the growth plan didn’t take root — would be half as expensive. 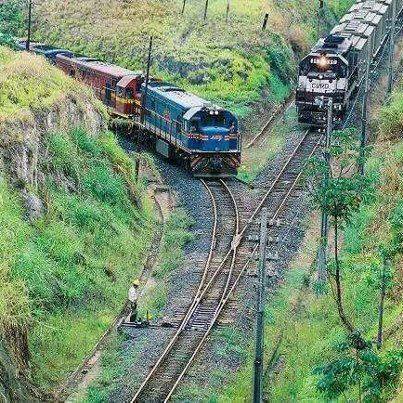 You have to pay attention to avoid disaster. The man at the switch is an important guy.

The CEO and his CFO have done a superb job of reducing the risks to numbers. They cannot really quantify the impact on the morale of the company but they can communicate to their team (35 people). The numbers are the easy part of the effort.

The upside is the company may grow as envisioned and double revenue and profits in as little as twenty-four months after the investment.

The investment is in people and the plan could be sound but the hires are unsound.

Business is all about risk.

The CEO and The Boss talk about it through a single latte and then get a second one. They’re drinking them at Medici on West Lynn sitting on the big stones out front. The coffee was hot but the stones were cold. They were both wearing sweaters.

“What are you thinking about doing?” asks The Boss.

“I’m hoping you have some advice that will tell me what to do,” sayeth the CEO, whereupon The Boss laughs. Not a cruel laugh but a wry one which says what needs to be said.

The CEO looks at The Boss and asks, “Do I want to?”

“Yes,” responds The Boss, “I think you do. You’ve never played to tie.”

I am telling you this story a year after it happened so I can tell you the initial outcome.

The CEO and the company crushed it and it worked far better than his wildest dream. The company not only doubled its revenue in a single year, it increased its margins because of efficiencies which came with the growth.

It was a smashing success.

The CEO, six months in knowing it was going to work and work well, called The Boss.

“Did you know it would work like it did?” the CEO asked.

“No, but I knew you could handle whatever came your way. I knew you had checked, double-checked, re-checked everything. That, I knew.”

But, hey, what the Hell do I really know anyway? I’m just a Big Red Car. Go to church and pray for our nation. Even if you’re not a Sunday churchgoer, say a prayer for the United States of America. We need some prayers.

5 thoughts on “Inspiration, a Thimbleful, Please?”