Big Red Car here on a sunny Saturday in the ATX – On Earth As It Is In Texas!

So, in the discussions about US GDP, the Big Red Car (huge fan of India) did some research on India. Did I tell you I am a huge fan of India as a country, as an ally, as a market? Love India.

Wow, look at that growth! In ten years they have grown by a factor of more than twenty!

The growth in Indian GDP is interesting to compare to US growth.

How would 4.1% growth in GDP look if you were in India? Pretty anemic actually. Of course, its economy is approximately 12% of the size of the US economy.

This graph is revealing as it showcases the kind of growth one can see on an economy of that size.

Here is an interesting chart which showcases the rate of GDP growth under different Presidents. 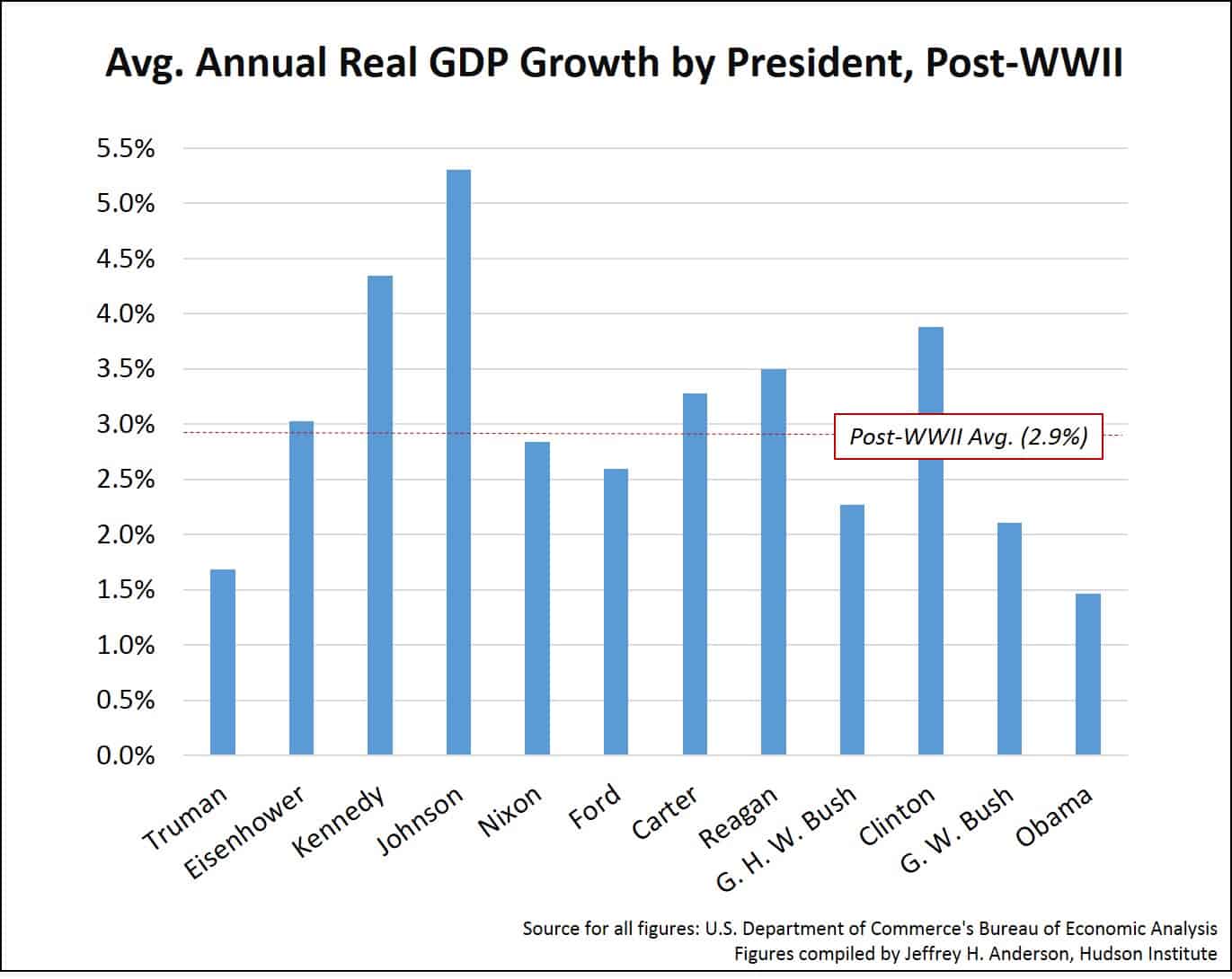 I did not recall the rate of growth during the Johnson administration. It is also illuminating.

OK, that’s enough on GDP for a while other than to say that the expansion of our economy is critical to our ability to deal with other important fiscal challenges – the cost of social benefits, the deficits, and national debt.