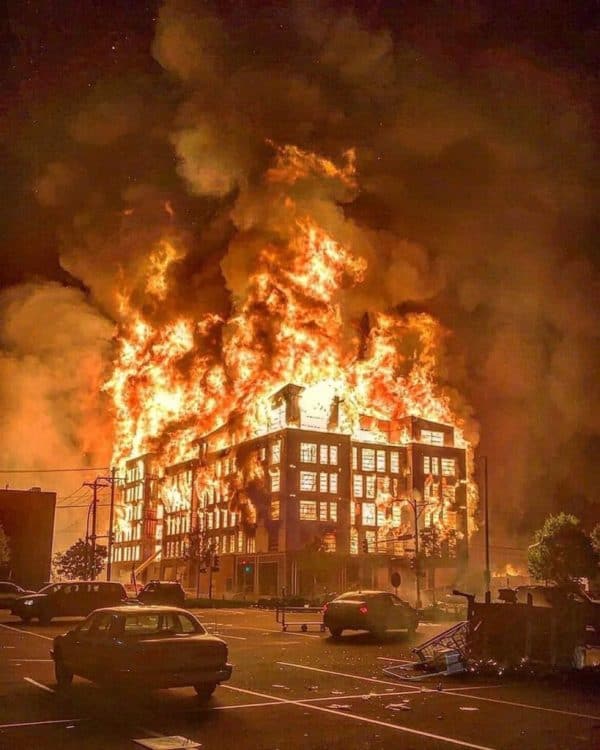 1. Minneapolis is run by a 13-member City Council of which 9 members have announced their intention to defund and dismantle the police department. This was done in early June.

“We are going to dismantle the Minneapolis Police Department.

And when we’re done, we’re not simply gonna glue it back together.

We are going to dramatically rethink how we approach public safety and emergency response.

It’s really past due.”

2. In the last two months, the Minnesota state legislature passed a bill called the Minnesota Police Accountability Act which makes specific changes to the law enforcement environment in Minneapolis.

The Act forbids warrior-style training for police officers (already forbidden by the Minneapolis Police Department, but offered by the Police Union as an elective course);

The Act creates a new concept — the “duty to intervene” when a cop sees a brother officer wandering off the pitch as it relates to violence, he now has a duty to intervene;

The Act includes incentives for police to live in the communities in which they work; and,

The Act establishes a Council of Arbiters to handle cases of police misconduct which may not involve deadly incidents.

This is not a bad bill, seems a good start, but it doesn’t solve the problem entirely.

3. Recruitment for police in Minnesota, the state, not just the city of Minneapolis, was already at a 25-year low before the George Floyd murder. This manifested itself post-Floyd in that academy recruits are abandoning the law enforcement profession wholesale. Nobody is coming to the profession. The supply is drying up.

This comes on the heels of a two year campaign to attract recruits by the Minnesota Chiefs of Police Association. The campaign was called “Wear the Badge” and is, essentially, shelved.

4. Minneapolis has 800 sworn law enforcement officers and a support staff of 300 civilians.  The force is overseen by a Chief and 4 Assistant Chiefs of Police who command 4 operating bureaus that operate out of 5 precincts.

One of the 5 precincts, the 3rd, was burned to the ground during the recent riots. 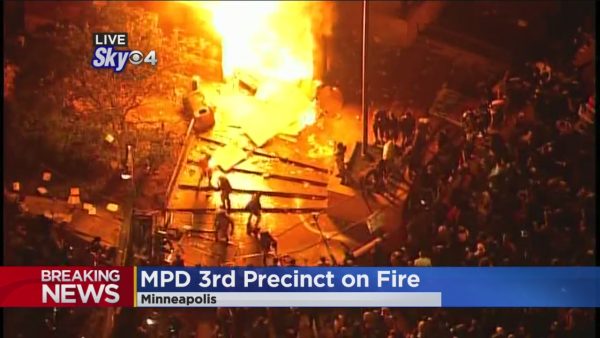 5. This violence against cops has contributed to more than 150 applications for disability based on Post Traumatic Stress Disorder associated with the stress of having seen their precinct burned to the ground.

More than half of these applicants are reported to be under doctor’s orders not to return to work. More than a third of the disability applicants were serving at the third precincts that was abandoned and burned to the ground.

Disability taken in conjunction with workers comp would allow a cop to retire at full pay for the rest of his life.

6. In addition to cops applying for disability, there have been wholesale resignations and applications for retirement. It is hard to obtain exact numbers as these are confidential personnel matters, but the word on the street is that this may be as much as 20% of the existing police force. Again, it is nearly impossible to verify these numbers.

This pattern is consistent with jurisdictions in which such numbers have been available — such as NYC which saw more than 500 retirement applications during the month after the Floyd murder.

7. When you lose you older retirement eligible cops, you lose the gray hair. You lose the wisdom. You are left with the younger, hot headed cops.

All of this is presented for your consideration to suggest that it may not make any difference what the City Council thinks as to the level of police defunding, they may not have a police department soon. It is disintegrating before their eyes.

Sure, dear reader, I am a little alarmed. Let me tell you why:

1. The call to defund the police is a new thing. It makes for a great slogan, but what is the plan for public safety on the other side of this? Has anyone ever done this? The answer is “NO!”

2. You don’t need to defund the police, to dismantle the police department that has served the city of Minneapolis since 1857. You need to reform it. This, of course, doesn’t make as good a slogan and doesn’t sound as revolutionary as #DefundPolice.

4. There are many good cops. I think the vast majority of them are good cops. There are also some first rate shitheads. Amongst 800,000 cops in the USA, there will be some bad ones.

OK, here’s the bottom line. It’s hard out there for a cop.

There are bad cops who need to be rooted out.

There are policies — residing within the city, within the precinct seems like low hanging fruit — which should be altered, but for goodness sake, don’t sink the ship to rebuild it.

Don’t give in to the evil of the mob. Don’t ask rioters, arsonists, looters, vandals how to run your city.

Watch what you ask for, you may just get it. Then what?

Who are you going to call? The City Council?