Big Red Car here on a glorious, sunny, Monday morning on the eve of the Republican convention in Cleveland.

Today, we talk about a framework within which to evaluate how Donald Trump might be viewed as it relates to the upcoming Presidential election. Today, the Republican convention starts, so we are trying to get you armed, intellectually, before the talking heads issue you your opinion.

Simple premise: Donald J Trump is the medicine, the chemotherapy, the nation needs to solve some big problems which, if left unattended much longer, will kill us.

That’s it. Now, you can go on with your lives. See you later, alligator.

Come on, y’all, you knew there was more than that.

Chemo is nothing to joke about and if you are undergoing chemo or about to undergo chemo, prayers to and for you. Bear with the analogy, ham handed as it is.

Chemo is based on the notion that toxic chemicals, freely introduced into one’s body, will kill the cancer before they kill the patient.

It is neither a complex nor uplifting theory. It does, however, work.

D Trump has provided a great service to our nation. [And, yes, he was a Viet Nam Era draft dodger. He had bone spurs on those dainty little feet of his. Awwww.] He has surfaced a great multitude of things that are broken, need fixing, and we have either been ignoring or making worse.

In his case, there is also a legitimate argument as to style and couth. Couth is a good thing. The absence of couth is a bad thing.

Glad you asked, my friend. Chief amongst them are:

A dangerously broken legal and illegal immigration system which deposits criminals on our street corners to prey upon our citizens who have declared them sanctuaries for such abusive behavior. [Hey, the Big Red Car lives in Texas and this is a huge problem. I can take you to the corners in San Antone, Corpus Christi, El Paso where the buses disembark. Read a newspaper of surf the Internet, these guys are killing us. Literally.]

A toxic foreign policy which seems to be adding fuel to every smoldering fire anywhere in the world. Fuel, not being enough, we fan the flames with feckless leadership.

The inability to form words sufficient to speak with intelligence about Radical Islamic Terrorism. Our inability to speak of it accurately prevents our ability to deal with it. Speeches are not effective strategy.

The failure to embrace America’s God given duty to lead the world back into the light and to vanquish those who live in darkness.

The complete collapse of comity in our society coupled with the outbreak of a race war. [I actually thought Barack Obama would crush it on this subject. First black President? Smooth as silk? Half black and half white? The guy should have solved this one, right? No, he’s marched us backwards at least a quarter century. We’re now fighting in the streets and killing cops. When you have a burglary who are you going to call? Black Lives Matter or the cops? Sorely disappointed on this score. I was rooting for the guy.]

A complete failure to manage the financial affairs of the nation as if the presence of a checkbook is the only requisite to spend money, gobs of money with no restraint.

The wholesale exporting of American jobs and entering into trade pacts which even the Democrat candidate — formerly a champion of such agreements — has now abandoned.

A society which is morphing into a “beggars take all, give me some more free shit” dependency scheme in which the makers are funding the takers while the takers are complaining, from their couches, the makers are not equalizing their outcomes. [Look up the stats on welfare, food stamps, disability, the labor force participation rate. Not on a full stomach, please.]

A general realization that the system is rigged and the American people are on the wrong side of the halyards.

Now, if none of this stuff bothers you, salut! The next one’s on me. If they do, then let’s consider the chemotherapy approach, no?

But, Big Red Car, he’s such a jerk

There is some evidence — OK, ample evidence if you insist — that Donald escaped charm school before finishing the entire course and there are some inexcusable breaches of good manners that Sister Mary (always a tough grader) would find fault with and there is a base level of bluster which can be offputting — but that is the nature of chemo.

It is not pleasant to defeat cancer and we are being confronted with defeating the cancer of our current leadership in this election. So, you will have to hold your nose as you pull the digital lever. Then, you can go have a lobster roll or a cheeseburger. Your choice. 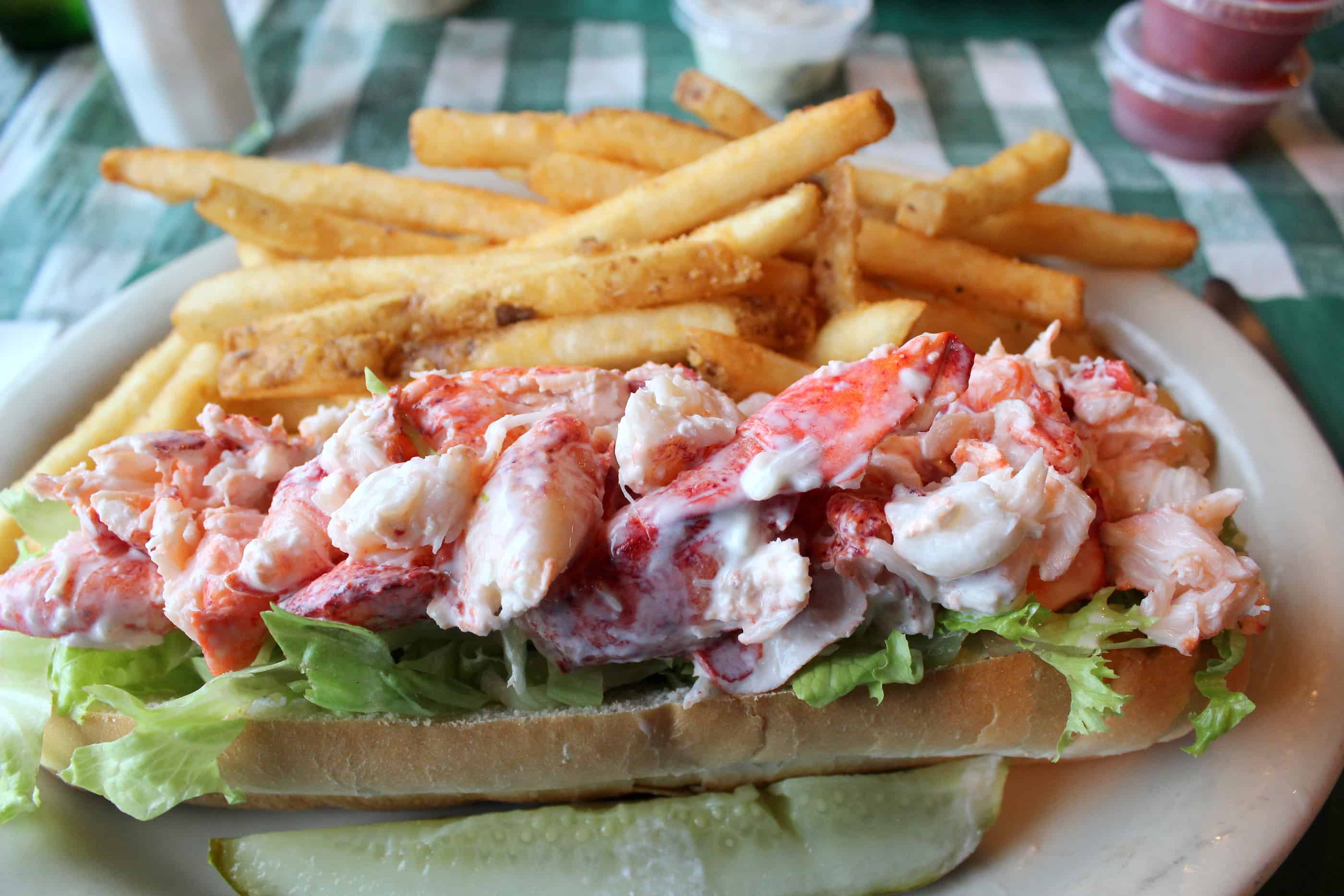 “Look into my eyes,” said the lobster roll in a seductive and sensual voice with a Maine accent.

Even Hillary Clinton is running against Barack Obama. I often wonder why she is such an important “element of change” when she had her hands on the steering wheel for many of these monumental cockups. Don’t get me started about Libya. But, really, didn’t she have a seat at the table? I may be wrong on this one but I think she was a Senator and the Secretary of State.

One may choose to fight cancer or one may succumb. It is not a pretty choice but it is a choice.

In much the same way, Presidential elections are binary. You may vote for Donald J Trump (chemo party) or you may vote for a hopelessly dishonest liar whose conduct personally and professionally is that of a grifter. Don’t get me wrong — she and Bill are not just grifters, they are GRIFTERS.

My favorite recent bit of trivia is the administrative drag on the Clinton Foundation — 78%. That means 78% of all funds “donated” find themselves into accounts labelled “administration” and “travel expenses” and other lifestyle supporting or henchperson paying accounts.

So, taken as a whole, we can either endure a bit of chemo and fix some of this stuff or we can have a repeat of Obama I/II.

Me, I want the needle. Give me the Trump chemo injection and give it to me now.

Hope this helps. You now have a way to rationalize your vote, “Sweetheart, I’m going to vote for the chemotherapy party candidate. The cancer is just too pervasive.”

But, hey, what the Hell do I really know anyway? I’m just a Big Red Car. Shit, my hair is falling out but, not to worry, it will grow back when America is great again.