BigRed Car here. It is 41F here in the ATX and the thermometer will not escape the 40’s today. Some solace is to be had with the knowledge it will again be in the 70’s by the weekend. It is a long time until the weekend. That is the reality of both the present and the future.

Wisdom requires one to see the world as it really is rather than the way one would like it to be. A dash of vision may provide a picture of how one would like the world to be and a visionary leader may take her followers there by dint of her leadership skills. This is true in business and politics. Still, there is a real world and there is everything else. Reality is not a negotiation, it is an absolute.

You may debate whether your glass is half full or half empty but you cannot negotiate whether is is “half” something. That is a reality regardless of how you otherwise describe it. Reality can be a comfort zone if you will let it be.

The President released his budget as is his obligation under the law. It was released in a timely manner, a performance that thus far in his administration has escaped unscathed. A fair minded person must give him credit for meeting that elusive standard acknowledging he is growing into his job. Six years is a fair period for the OJT to take root and bear fruit. Bravo!

I am fairly certain his timely completion and submission of his budget will not be blamed on George Bush. I could be wrong. Let’s leave George to his painting.

Reality can be awkward

Reality is an awkward and sometimes ugly aunt. That big mole on your ugly aunt’s nose? That is reality joined by her hairy ears and her unibrow. Sorry, auntie, please do keep me in your will. Favorite nephew and all?

Losing an election by an overwhelming margin (after boldly saying that the election is a referendum on one’s policies) must be a bad feeling. It should be. If one were in touch with reality, it would be.

The recent landslide in November, the most damning reversal for a sitting President in almost a century, carries a bit of wisdom with it.

It is said there is “no wisdom in the second kick of a mule” but there is enormous wisdom in that first kick. The President could ‘splain that to us if he were so inclined. That mule kicked very hard and the bruise is filled with wisdom.

In this instance, the electorate pried control of the Senate from the ineffective fingers of the Democrats, invested the Republicans with a far greater majority in the House and conquered Governships and Statehouses en masse. The people spoke and they did not whisper. It was the biggest reversal in almost a century. It does not look much different with the passage of a little time. It was a barbed wire enema.

What is in that budget? You cheeky monkey inquiring as to the President’s budget? How dare you?

Dainty bit of class warfare mind you trying to increase taxes on those gazillionaires who make 19% of the income and already pay 37% of the taxes — why can’t we make them pay a little more?

Of course, taxing the college savings 529 plans of those gluttons who were actually saving for their children’s education, ooops! That was not so smart, no? Hell, let’s give everybody a couple of years of free education, why not?

The President justifies this by saying — “Aw shucks, the credit card is still working and we can therefore continue to spend, no? We can “afford” a bit more debt for a cause I anoint as “good”, no?”

The President was the original author of the notion of sequestration though he did try to leave it like an abandoned foundling wrapped in a Martha Stewart plaid blankie in a wicker basket on the steps of the Capitol.

The Capitol security guards being particularly vigilant returned it to the White House saying: “I think this belongs to you, Mr. President.”

Sequestration was the solemn promise made when the President raised taxes the last time. Sequestration and entitlement reform were to be the quid pro quo for taking more money from the American economy because the White House knew better how to spend your money than you did, silly gooses (geese?).

“Move along, nothing to see here other than a pesky little half a trillion dollar deficit — move along.”

6. The deficit continues for the rest of time with no balanced budget in the future as far as the gnomes at the CBO can see. Even when using binoculars or the big telescope out at the Davis Observatory in West Texas. Unlimited, unending deficits forever.

Did I mention that the President’s budget is silent on the commitment to reform entitlements? The words “entitlement reform” do not appear in the document even in the footnotes. Taxes, new taxes — well, yes, that is in there.

As a leadership trait, being provocative of the co-equal branch of government known as the Congress is not one that is likely to result in real progress.

All spending must be approved by the Congress and all spending bills must originate in the House of Representatives — the same House of Representatives in which the people gave the Republicans an increased majority. This is the way the system is designed and the President is actually submitting his budget to that same Congress for their consideration and enactment. The budget is not being submitted to Rolling Stone or Planned Parenthood. No, it is that more Republican Congress at the other end of Washington.

The House of Representatives — Republicans and Democrats together — is not going to approve unfunded spending increases and new taxes. This is not only DOA it is like sticking one’s thumb in their eye and then asking if that’s comfortable.

It is just the start of a fight like telling a Mom her children are ugly. It is neither tethered in reality nor is it useful. It is just provocative and effective leaders do not provoke their co-equal partners when trying to get them to load up the credit card.

So one is left to ponder why the White House would submit such an unrealistic and provocative budget. Doesn’t that violate some “green” commandment about not wasting paper and ink on something that will end up as kindling if lucky?

The budget submitted by the President will not likely even become a paperweight. It will end up in the shredder and then be recycled or become part of a landfill. It is not going to be enacted.

The simple explanation is that the President and his sycophantic White House have been cut adrift and whatever tenuous tether they may have had to reality is gone and hopelessly gone.

Some of the things proposed — like increasing taxes, like taxing college savings plans — are so devoid of wisdom that even the normally loyal main stream media has held their noses and looked away.

It may be time for the President and his staff to submit to an independent psychological examination. The disconnect from reality and the open war on wisdom has exceeded the level at which your family begins to watch you at Thanksgiving and Christmas dinner while whispering “intervention” to each other.

Luckily, the Congress has a pretty good grasp on the radical notions — RADICAL — that the electorate was adding to the gumbo in November.

1. The people want some progress on the economy. They want jobs.

Oh, you unreasonable masses — jobs? You probably even want “good” jobs? You bastards! Out of the labor force for y’all.

2. They want meaningful progress on reducing spending and they want the words “balanced budget” to work themselves back into the conversation.

3. At a time of record Federal revenues — RECORD FEDERAL REVENUES — they want just a whiff of expense reduction.

Mind you, not one person in Washington actually possesses the courage to actually reduce spending — no, the only thing being considered is a reduction in the rate of growth.

Entitlement reform? Not going to happen unless Punxsutawney Phil turns out to be a giraffe.

4. The American people want to believe — Easter Bunny-ish perhaps, but then the Easter Bunny is a force for good, no? — that there is a balanced budget and the retirement of the national debt somewhere in our future. 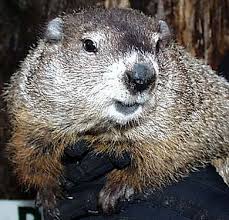 A wise President would see this reality and propose a budget that Congress would actually consider. It is time to stop the war on wisdom.

BTW, did you know that ISIS recently released their budget for the next fiscal year and it is balanced and completely funded without any income taxes? Off with their heads!

But, hey, what the Hell do I really know anyway? I’m just a Big Red Car. Be kind to yourself and don’t allow yourself to become a POW in the war on wisdom.

One thought on “The White House’s War on Wisdom”