Big Red Car here and I’m really angry. Vexed. Irked. Pissed off. I have waited until almost noon to write this so my anger might dissipate and my calm might temper my comments. It has not worked.

Last night during President Trump’s State of the Trump talk to a joint session of Congress, the President honored the widow of SEAL Ryan Owens. 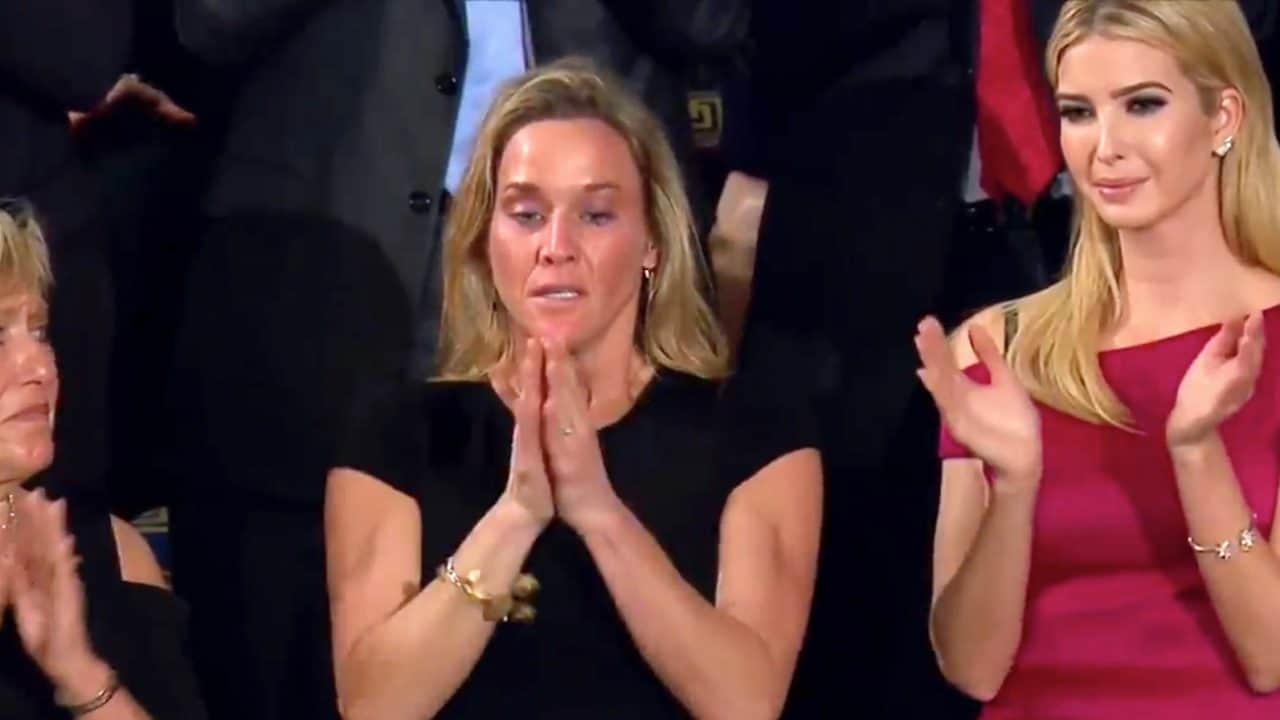 The press reported it as the longest sustained standing ovation in the history of such things. Watching Carryn Owens cry on public display was a touching moment. If you were untouched, then go see your doctor and ask him, “Do I have a heart?”

It was heartbreaking, because when everyone else went home last night to their loved ones, she did not. Her husband SEAL Ryan Owens was killed on a raid against terrorists in Yemen.

The Boss comes from a line of soldiers. His father and mother both served in World War II and his Dad wore the uniform for a career. The Boss went to Virginia Military Institute and was a combat engineer, serving overseas and in the US. He was a troop leader: platoon leader, executive officer, company commander. It was the greatest honor of his life to be entrusted with the lives of America’s mothers sons.

The Boss knew men like Ryan Owens — men who served with their lives on the line to protect our freedom and who never asked for anything special in return.

The Boss had to write letters to parents and tell them how their sons died. He had to deliver bodies to fathers. He had to notify mothers their sons were dead and had died in the service of all of us. When you are in your twenties, this is an odious duty, but it marks you in a way that will color your life for all time. It is not a bad thing. It is an important and unforgettable thing.

In fairness, maybe that makes you unduly sensitive about things like I am going to tell you. Maybe it should. The Big Red Car is not apologetic.

When the President honored Carryn Owens and her dead warrior husband and when her naked soul was crying for all the world to see, those in the Chamber rose to honor her and him and our great Nation, which produces such selfless warriors.

But, dear reader, it was not everyone who rose to honor this man and woman.

THE DEMOCRATS SAT ON THEIR ASSES AND DISHONORED THIS WOMAN, THIS MAN, THIS SACRIFICE, OUR NATION, AND THE MILITARY ETHOS WHICH MAKES US A FREE PEOPLE. THEY DISHONORED FREEDOM.

There are some things which are not political.

When The Boss served, he was never asked whether he was a Republican or a Democrat (truth being he was just a soldier and nothing else). When the jumpmaster lined up a stick of paratroopers, he didn’t say, “Stand up. Hook up. Republicans on the right, Democrats on the left.”

When The Boss wrote those letters, delivered those bodies, notified those parents, he never once asked anybody’s political persuasions, because service to and sacrifice for our Nation is not a partisan political undertaking. It is sacred. It is holy. It is what binds us together as a people. It is the source of our freedom.

DAMN YOU TRAITOROUS DEMOCRATS ON YOUR TREASONOUS FAT WHITE DRESSED ASSES WHO FAILED TO RISE IN HONOR OF A GOOD MAN AND A BRUTAL SACRIFICE.

For all time, you have forfeited your right to govern, to legislate, to opine, to pontificate — you are not Americans and you displayed who you are for the world to see. YOU ARE GHOULS.

Usually, I say — “But, hey, what the Hell do I really know anyway? I’m just a Big Red Car.” Today, I sign off thusly, “If you cannot honor the sacrifice of Americans who underwrite the air you breathe, then FUCK YOU!”

24 thoughts on “Politics, Not Everything Is Political”