Big Red Car here. It’s beginning to happen. I told you it would.

Here is a picture from Michigan showing gasoline prices dipping to lower than $1/gallon. 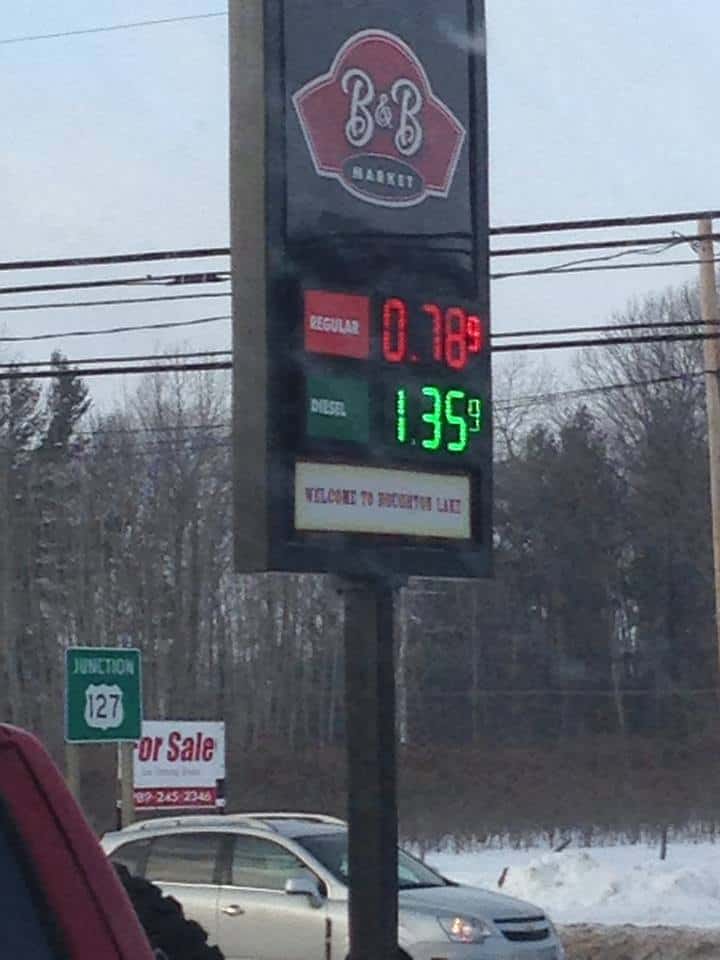 Note it is a “price war” and that isn’t the exact same thing as the entire country.

Remember two anecdotes do not a trend make nor a database. But it IS a start.