All spending bills — such as the budget of the United States — must originate in the House of Representatives in accordance with the US Constitution. In many years, the Congress doesn’t do its job in a timely manner.

This year doesn’t look much different. We are in July with a fiscal year to start in October and the budget hasn’t made its way out of the House yet.

This month the House has the Defense Appropriation up for consideration. There are twelve such appropriations that make up the budget.

During the course of debating the Defense Appropriation, Congressman Jamie Raskin (D-Md) proposed an amendment that would forbid the military from spending any money on any military exhibitions at which the President of the United States presides.

The amendment passed by a vote of 221-207 thereby attaching to the underlying bill for further consideration. [There are 235 Dems, 198 Reps, 1 Ind in the House.] 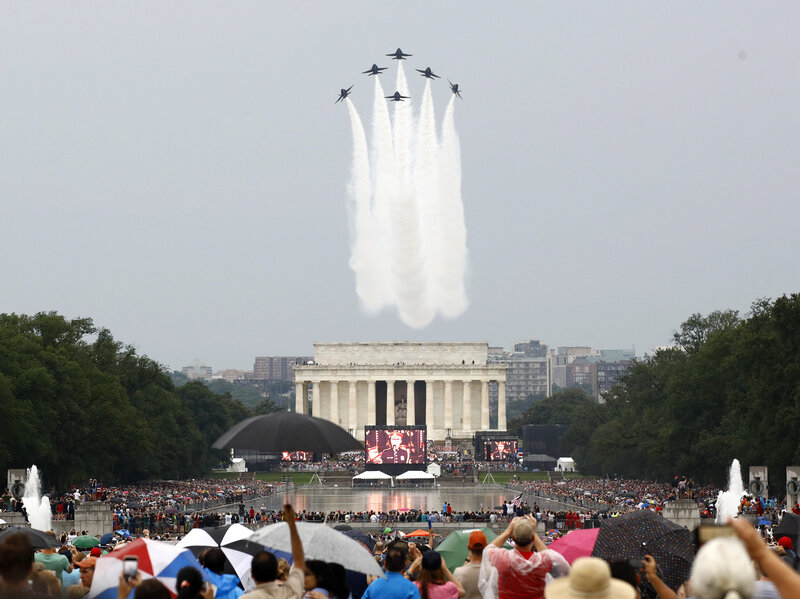 Above you see a picture of the Blue Angels flyover at the celebration of Independence Day on the 4th of July.

This celebration was presided over by President Trump. Just for the record, the President is the Commander-in-Chief of the military under the US Constitution.

If the amendment were to make it through the Senate — not bloody likely — it would forbid the Blue Angels from performing for the 4th of July crowd because, arguably, the celebration was presided over by the President.

The military’s inclusion in the Independence Day celebration in Washington cost $1.2MM (per the report of the Office of the Comptroller in the Pentagon) and included:

the Blue Angels flyover (the highlight of the festivities except for the fireworks that were donated by others),

a flyover by a B-2 stealth bomber,

a static display of two Abrams tanks, and

The armor — tanks and fighting vehicles — came from Fort Stewart in Georgia.

Independence Day, of course, is the celebration of the signing of the Declaration of Independence whereby the Colonies put King George III on notice that their naughty rebellion was now a full scale war of independence.

That war, the Revolution, was fought by the state militias of each of the colonies and the Continental Army under the leadership of George Washington who would become our first President and our Commander-in-Chief.

If we are to celebrate the Declaration of Independence, then the military is intertwined — they are the core — in the storytelling. The role of the Commander-in-Chief presiding over such a celebration is totally appropriate. In fact, it is essential.

This is what your Congress is doing — not finishing their budgetary duties, but adding provisions to punish the President of the United States because they differ politically. This guy, Congressman Jamie Raskin. He’s not working for us. He’s playing games. 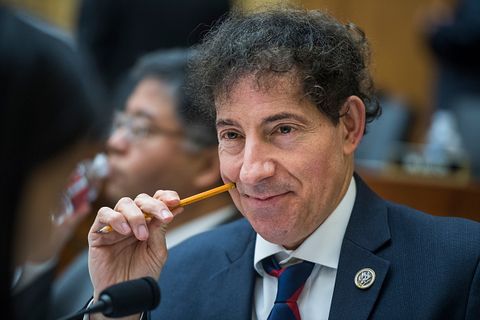 How can we have a national celebration of our Declaration of Independence and preclude the President, the Commander-in-Chief, and the military? Why would we? You wonder why the American people only approve of Congress in single digit territory? Here’s why. They are totally fixated on doing anything to embarrass, humiliate, and stymie President Trump. Believe it or not, I am just fine with that if they would just do their damn jobs first.

But, hey, what the Hell do I really know anyway? I’m just a Big Red Car. Congress, do your damn job.