Big Red Car here and here is in Austin, Texas.  Today is a very special day in Texas and all of you Californians who have just moved here, please pay attention.

Today is San Jacinto Day when Texas won its independence from Mexico and became an independent republic.  Eeeehaw!

Things get ugly in Texas

In 1835 relations between the folks who lived in Texas and their Mexican owners took a bad turn when the Mexican government, in the person of Santa Anna, rescinded the Constitution of 1824.  He also disbanded the Congress and state legislatures.  He became a dictator.

Things started out swimmingly at first as the Texians threw the Mexican administration out of Texas and began drafting their own Declaration of Independence.  Americans rallied to the cause of the Texians and many Americans moved to Texas to assist in their struggle for independence.  You have to remember this was only a few decades after the American Revolution and folks still have liberty and freedom on their minds.

Santa Anna, President of Mexico goes ugly on an ape

Well, Santa Anna did not appreciate this initiative and he drove into Texas with a large force of professional soldiers arriving at the city of San Antonio.  On March 6, 1836 after a 13-day battle, Santa Anna overwhelmed the Alamo in San Antonio killing almost all of the defenders.  It was a bloody battle and the Mexicans punished the rebellious Texians and the fledgling Republic of Texas at the point of a bayonet.

Santa Anna had also sent a powerful force to Goliad under one of his henchmen and they defeated, captured and executed the Texians who had defended Goliad.  The Mexicans executed the survivors of Goliad in cold blood.

Sam Houston to the rescue

Sam Houston, the commander of the Texian army, ultimately drew Santa Anna and his powerful forces into a engagement on a favorable piece of ground — San Jacinto — and then achieved tactical surprise and in less than 20 minutes destroyed Santa Anna’s powerful army.  He caught them napping literally.  Sam Houston led the actual infantry assault and with bayonets drawn they exacted revenge for the Alamo and Goliad.

They captured Santa Anna after discovering him cowering in the uniform of a common soldier.

It is important to note that the Mexican army was a professional army but they were used to fighting organized battles with artillery and cavalry support.  The Texians had picked a battle where the Mexicans were encamped and not deployed to fight and then achieved tactical surprise thereby negating the advantages of the professional soldiers — no organized units, no formations, no cavalry screens, no artillery support and no leadership.  The Texians risked everything on a single assault and prevailed one on one driving the Mexicans into a swamp.  It was some damn good soldiering.

Texas then joined the United States of America in 1845.  Mexico did not relinquish its claims for the return of Texas until the Treaty of Guadalupe Hidalgo ended the Mexican-American War in 1848.

And, that, my friends is how Texas became part of the United States of America and why you should be celebrating San Jacinto Day even though you are not blessed to be a Texan. 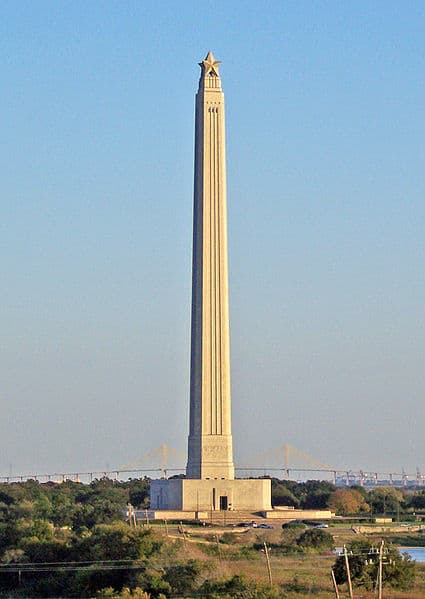 On Earth as it is in Texas!