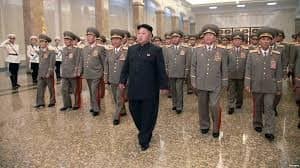 North Korea? What are you worried about, Big Red Car?

There are several things that worry me about North Korea.

First, they are becoming progressively more belligerent and demonstrative. They have nuclear weapons. [Just like Iran, we made a deal with the NKs to give them food if they would stop enriching plutonium back in the Clinton administration. That worked out well, no?]

The intelligence community has recently reached consensus that North Korea has developed the capability to “miniaturize” its nuclear weapons meaning they are small enough to sit atop a missile, such as an ICBM (intercontinental ballistic missile).

The North Koreans have been constantly developing and testing their missile capabilities. They are soon going to marry their miniaturization and their missiles. This is a very bad combination.

The North Koreans recently conducted nuclear tests which were reported to be of a certain type of warhead. The world couldn’t figure out what type it was as it was very small.

The Big Red Car wonders if it was a miniaturized weapon?

[We likely have every one of their submarines identified by sound signature, so they aren’t going to show up in the Gulf of Mexico — IF WE DO OUR JOB. But, they have twenty 1,800 ton Romeo class subs — the ones that can support a sub launched missile and maybe multiple tubes. They have forty Sang-O class subs weighing in at 300 tons each, not likely capable now of hefting a sub launched missile. They have some additional ten midget subs. We need to stay on top of the NK subs wherever they wander in the world. Need to sink a few from time to time.]

The Chinese are becoming progressively more belligerent themselves in the region with their militarization of the South China Sea and their installing shore-to-ship missiles on islands they have built there. These island have runways big enough for the largest Chinese bombers and can interdict these incredibly busy shipping lanes for a 3-600 mile radius (depends on what missile systems they put there). 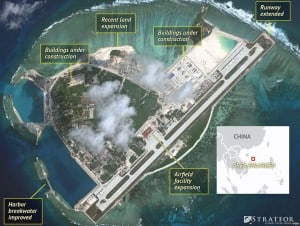 These same islands are like anchored aircraft carriers which can launch attack aircraft to roam for 1,000 miles in ever direction.

Bottom line — we need to keep an eye on this idiot. He is not a harmless farmer. He is a maniac. 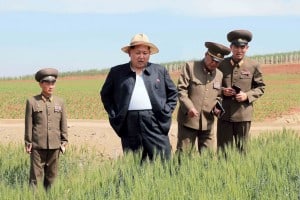 Fat farmer and guys in goofy hats — all of them.

But, hey, what the Hell do I really know anyway? I’m just a Big Red Car. Be kind to yourselves. Please. You deserve it.