Big Red Car here lobbying for a paint job while talking up the latest experiments in the Universal Basic Income – also known as basic income, basic income guarantee, basic living stipend, or universal demogrant. They are all the same thing.

Advocates of UBI have for years sold the idea as a campaign to “eradicate poverty” while others have championed it as a means of unlocking the creative potential locked deep within all of us.

Those who lean right may consider it as a means to consolidate and eliminate all other welfare programs and thereby make government welfare more efficient.

You can get a discussion on a lot of different implications including poverty, unlocking potential, freedom from wage slavery, reducing crime, a response to technology and automation unemployment, welfare administration, gender equality, the recognition of uncompensated home work by women, and a ton of other ideas.

Please take a second to identify your thoughts on the subject.

We don’t have to limit our discussion to theory as there are now a number of experiments which have been conducted and are being conducted. Allow me to discuss four of them.

1. The Ontario UBI Experiment – a three year, government funded program which was to provide stipends of $16,989 per individual or $24,027 per couple for up to 4,000 participants. Canadian dollars, y’all.

3. The Kenyan BI Experiment – a 12-year, privately funded program in which poor villagers in a selected (and secret) village receive $22/month – all of them

The government funded program was to provide up to $150MM to 4,000 randomly selected participants over three years to “improve health, education and housing outcomes.”

The program was off to the races in July 2017 when reality butted in after the first year with the replacement of the left leaning Liberal Party by the Progressive Conservatives who promptly cancelled what they called an “expensive experiment” on the basis of the program being unaffordable and unsustainable.

The first year data was inconclusive as to outcomes as they had not implemented any reporting criteria or mechanism.

The two year program, the first of its kind of any European country, began in January 2017 with a stipend of $685 being paid to 2,000 unemployed Finns. Finland had an unemployment rate of 10%, a 17-year high at the time.

The deal was that even if you found a job, you got to keep the stipend.

The Finns have decided to allow the experiment to die a dignified death in January 2019. The Finns are not supportive that the program had any real impact on crime, poverty, or chronic unemployment.

When the social welfare agency of the Finn government, Kela, asked for more money to continue the experiment, they received a thumbs down.

This experiment is unique in that it is being sponsored and funded by a private charity, GiveDirectly, rather than a government.

It is a “no strings attached” payment of $22/month to every villager for the next twelve years. It kicked off in October 2017.

An important element of this experiment is that $22/month is a meaningful improvement in income in this village.

Results are a little mixed though I personally believe they trend positive.

Villagers are using the money for a myriad of different uses including home improvements, capital goods, business investment for entrepreneurs, school supplies for children, gambling, and alcohol. 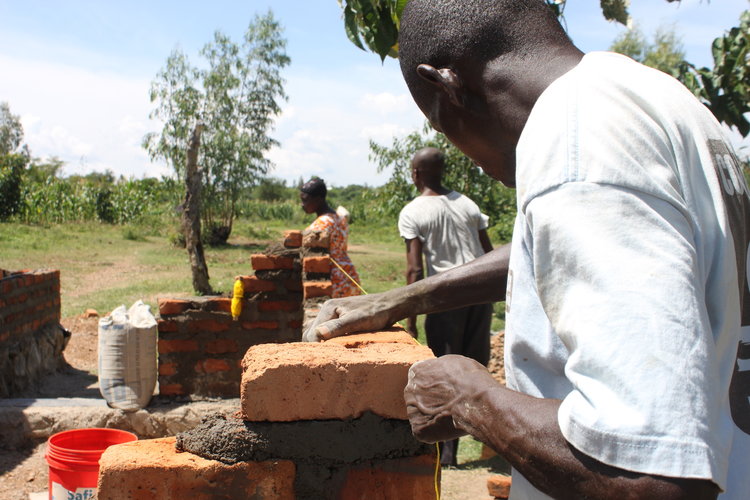 It is important to note that one of the objectives of this experiment is to plumb the depths of the age old question as to whether those in poverty suffer from a lack of moral character and responsibility or, more basically, a lack of cash.

Clearly, there is a split between spending the money practicalities or indulgences. There is some speculation that the villagers only use their money on vices after acquiring basic needs.

It is early but there seems to be a building consensus that this experiment is effective because of how horrifically poor the villagers truly are, an odd blessing.

The Stockton Initiative – $500 per month for 100 residents for 18 months, no strings attached – is getting ready to launch next year. It is being championed by the 28-year old, Stanford educated Mayor of Stockton, Michael Tubbs. Look at his campaign website here – Tubbs for Mayor.

Mayor Tubbs is a 28-year old Stockton native with two degrees from Stanford and an adventurous spirit. Big plans.

Stockton is 80 miles down the road from Silicon Valley. Twenty-five percent of its 300,000 residents fall below the poverty line.

One of the big supporters of the public-private funded project, the Economic Security Project says that Stockton looks like the rest of America with a median household income of $49,271 annually compared to a national average of $57,617.

Part of the justification for the program is the looming threat posed by automation and the attendant loss of employment. There is a bit of tech guilt baked into this project.

Obviously, there are not results to discuss thus far as the Stockton Initiative hasn’t launched yet.

You may take a look at the results for yourself, dear reader, but the BRC observes the following:

1. The Canadian and Finish experiments seem to have been ended because of money and the controlling, governing philosophy based on discouraging results.

2. The Kenyan experiment seems like winner which suggests that the formula may be abject poverty and private sponsorship. The balance between necessities and indulgences seems logical and predictable. The funding of home improvements seems noble.

3. Nothing to say yet on the Stockton Initiative.

We no longer have to discuss the theory of the UBI, we can look at some actual test results and more in the future. I applaud this.

But, hey, what the Hell do I really know anyway? I’m just a Big Red Card. Call an old pal today. Scare the crap out of them.