So, the USA has been distracted by all the distractions and has not been paying attention to Venezuela and Russia.

You know that Russia has been meddling in our hemisphere for some time: Cuba, Nicaragua, and Venezuela. These countries have welcomed Russian assistance because they are economic basket cases.

[Hey, what happened to the Monroe Doctrine? <<<link]

Stop — Venezuela used to be the wealthiest country in South America with the largest known oil reserves in the world. They have 300,000,000,000 recoverable barrels of oil lurking below the surface. Still, somehow, they have managed to find a way to turn into a shithole [talking to you, socialism].

Cuba was once the wealthiest Caribbean island, but Fidel Castro and communism killed that baby.

When Venezuela was wealthy, they bought arms from the Russians — Sukhol Su-30 fighters, BrahMos cruise missiles, Mi-35m attack helicopters, SS-200 SAMs with Pechorev missiles, T-72 tanks, and the right to locally produce the AK-103 rifle. This is an extraordinarily well-equipped army, but the Venezuelan army is not a well trained or led organization.

The Russians have invested gobs of money in Venezuela, particularly in the oil sector. Total investment is north of $30,000,000,000 which doesn’t sound like much from an American perspective, but Russia does not have the USA’s pocketbook.

Venezuela has been on a steady decline from those heady days of capitalistic success and has slipped into a hellish socialism-induced cesspool. The joint is being run by a chap named Nicolas Maduro who came to power in a suspicious manner — so suspicious that many countries have not only not recognized Maduro as the rightful leader of Venezuela, but have recognized an opposition leader, Juan Guaido, as the interim Presidente with a mandate to conduct free and fair elections. Guaido, with our encouragement, has declared himself as the legitimate, interim president with the objective of conducting the aforementioned elections. Bold move.

Important point: Juan Guaido is not some guy who arrived on a truckload of watermelons. He is the duly elected leader of the General Assembly. 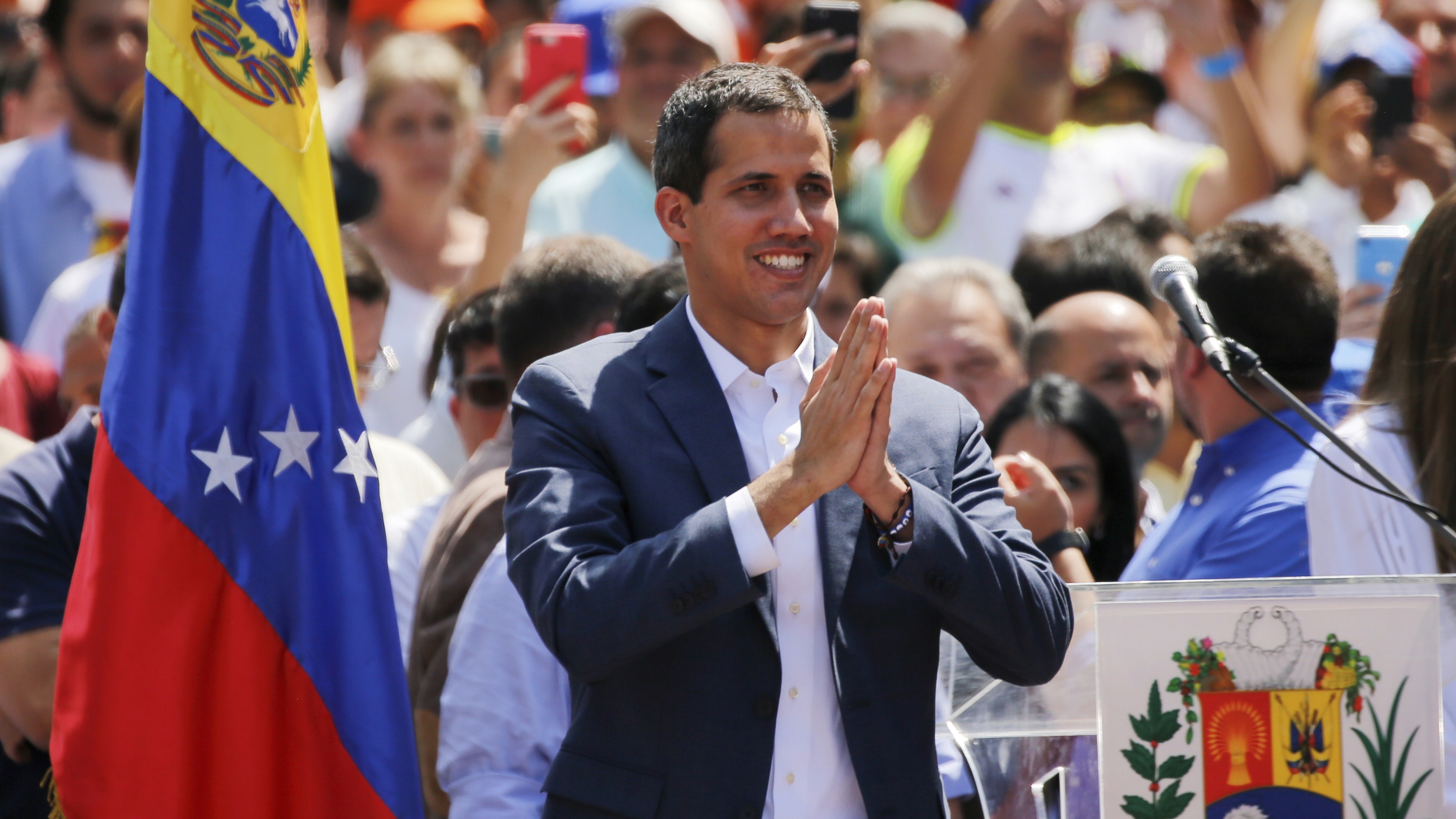 Rallying to Maduro’s side are Russia, China, Cuba, Nicaragua, and Bolivia — OK, you get the idea. It is easy to understand China’s interest — oil.

Big point — Turkey, our erstwhile NATO ally is on the side of Russia and Maduro. This is a good thing for the world to know. Pretty clear it is intended as a message to President Trump. Still, it is good to know from a NATO perspective. Turkey cannot be trusted.

Venezuela is exhibiting all the signs of a failing nation state — crippling food shortages, hyperinflation destroying their currency, wholesale emigration of the most educated segment of the population, and a defiant government that refuses to accept humanitarian aid from the United Nations, Canada, and the United States.

Russia is after being a pain-in-the-underbelly of the United States in much the same way they backed Cuba in the USSR days. If Russia hadn’t been so broke when the USSR foundered, the ties with Cuba would be tighter. In this void, Hugo Chavez rallied to the support of Castro, but only when Venezuela was flush with money. Chavez ruled Venezuela, with his United Socialist Party of Venezuela, from February 1999 – March 2013. His rule ended with his death. Chavez was Maduro’s mentor.

Russia wants to station its nuclear capable bomber force in Venezuela, a two hour flight from Miami. The US military would call this a “target.” Still, it’s one more target to keep track of.

Russia has sent four hundred former or current Spetznaz troops to stiffen the Venezuelan army and to prevent a home generated military coup. This is the most significant short term development — the deployment of Russian military in the Southern Hemisphere. Russia pretends these gents are mercenaries, but that is not believable. At least the Kremlin calls them “contractors.” This is a high level provocation.

On 23 January 2019, President Trump noted that a military solution to Venezuela’s problems was “not off the table.”

What is shaping up here is a classic Cold War-ish diplomatic, economic, military confrontation with Russia’s objective being to support Maduro and America’s being to depose him, install Guaido with the promise of free and fair elections. Big difference is that it is in our hemisphere and that the rest of South America is watching with baited breath.

One may fairly note that Putin’s objective in targeting the continental US is similar to the pressure Russia may feel from NATO and American nuclear capabilities in Turkey.

1. Russia wants to test the Trump admin in its own backyard. This test is intended to take the form of a long, grinding entanglement that will bleed the USA (like Afghanistan) and will undermine the effectiveness of the Trump admin in a different part of the world.

It is speculative to say this right now, but there is no reason why Russia would not cozy up to Mexico and try to insert itself into that entire set of problems. Russia is an equal opportunity shit flinger.

2. Russia wants to control Venezuela’s oil so it can exert some control on the level of worldwide oil prices. Fifty percent of the Russian government revenue is directly tied to energy. If Venezuela were to suddenly find peace and return to the world oil markets, prices would dip — maybe plummet. Russia is playing defense on this score.

3. There is a more subtle point as it relates to energy — Russia wants to evade American sanctions by using the Venezuelan owned Citgo to export energy products to the lucrative US markets. Listen — Russia will refine Russian gas, and sell it into the USA through Citgo, something Russia cannot do under the current sanctions regime. This is how Russia funds its mischief.

4. Russia wants to station nuclear capable bombers targeted at the US within a two hour flight. Can missiles be far behind? [Talking to you, Cuban Missile Crisis.]

5. Russia is building a cyber warfare base on the Venezuelan island of Orchila. It will be staffed by Cuban cyber punks.

This is all a big gamble for Russia. If Maduro is deposed — where the smart money is laying — then the entire triangle of crap (Cuba, Venezuela, Nicaragua) comes down.

Whatever embarrassment the Russkis desire to visit upon the Trump admin, will blow up in their face causing them to have to re-evaluate their global strategy of mischief.

When Venezuela does return to the oil markets, it will disrupt Russia’s financial base — a good thing. A broke Russia, is a defanged Russia.

So, there you have it, dear reader. The USA has a lot at stake in our hemisphere. We need to keep our eye on Venezuela.

But, hey, what the Hell do I really know anyway? I’m just a Big Red Car. Be good to yourself. It’s Wednesday.