The world wants to know what exactly China knew about its most recent gift to the world — the virus that creates COVID19.

What did China know and when did they know it; and, why didn’t they  tell us?

China is bristling at all the attention. President Trump recently indicated his unhappiness with China for their failure to be forthcoming on the subject and said there would be consequences, but not until COVID19 has run its course.

Since before President Trump announced his candidacy in 2016, Donald J Trump has been a skeptic and a critic when it comes to China. It appears he was correct on all things pertinent to China.

We have a clear indication of the Chinese attitude when delving into their recent dialogue with Australia.

So, the Australians have announced they want to formally investigate the origins of COVID19 and the Chinese don’t like that.

Australia is going forward with an independent probe and the Chinese have responded thusly:

“After the epidemic, we [the Chinese] need to have more risk awareness when doing business with Australia and also when we send our children to study there. Australia is always there, making trouble. It is a bit like chewing gum stuck on the sole of China’s shoes. Sometimes you have to find a stone to rub it off.”

These words were written by Hu Xijin, the editor of Global Times, a Chinese state-run media outlet. He is speaking for China.

Hu Xijin is not alone. Similar sentiments were offered by Jingye Cheng, China’s Ambassador to Australia who said, 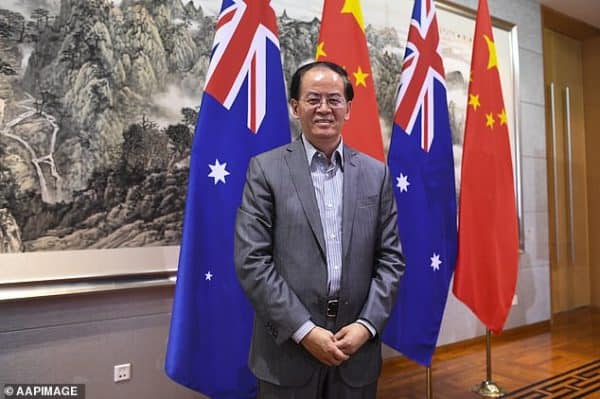 “Maybe also the ordinary [Chinese] people will say, ‘Why should we drink Australian wine or to eat Australian beef?”

He was speaking to the Australian Financial Review, a financial journal published in Australia. That is important because clearly China wanted Australia to get the message.

Chinese Ambassador Cheng was summoned by the Australian Department of Affairs and Trade to explain and clarify his comments.

The Australians responded by characterizing the Chinese comments as “out of line” and rejected the notion Australia could be coerced into abandoning its independent inquiry.

“COVID-19 has seen hundreds of thousands of people die around the world, millions of people lose their jobs, billions of people face massive disruption to their lives. The least the world can expect is a transparent inquiry into the causes of COVID-19 so that we can understand how best to prevent a repeat episode any time in the future.”

The Australians made their sentiments crystal clear:

China is going to aggressively defend their actions as it relates to COVID19. They do not feel apologetic nor do they feel the obligation to explain themselves.

What is happening in real time right now is a clear indication of their intentions.

Strap in, it’s going to be a bumpy ride.

But, hey, what the Hell do I really know anyway? I’m just a Big Red Car. Be well, y’all. Be careful.