Allow me to lay out my rationale:

1. We are engaged in a global contest between autocracy (Russia, the bad guys) and western democratic nations (the good guys). This is garden variety evil v good, but we take off the blinders and call it what it is — the good energy guys v the bad energy guys.

2. The enemy, the vicious enemy, funds its war machine with the revenues we, the western democratic nations, give to them for energy in the form of crude oil, natural gas, and coal.

Face it, Russia is nothing more than a gas station with a propane rack and a coal bin out back. They are 25% smaller than Italy when measuring GDP. They are a pimple on the world’s economic backside and they have oil.

3. We, the United States, have fought wars over oil resulting in the Middle East being a war zone for half a century and costing the United States a bloody fortune in lives, treasure, and time.

4. So, let’s use energy as OUR weapon to defang the evildoers. BOOM!

5. Let’s use our cohesion over the oil industry to find other ways to bind ourselves together to create a better world — hint, hint, hint >>> military alliance?

How would this work, Big Red Car?

1. Every western democracy that is either an oil supplier or a consumer or both can join if they swear off Russian and other evil country energy — talking to you Iran, Venezuela, Belarus and others.

2. Every country that is an oil producer agrees to produce sufficient energy to consume domestically and to export if it produces excess energy. The GEA cooperates on oil exploration, production, transport, and technology that results in boosted production.

3. Countries must also agree to get off coal, increase renewables, and produce power using nuclear energy. This last one,  the nuclear energy, may be sticky, but there is going to be a cost.

4. Members agree to trade only with each other — not just energy, but also general trade. Might as well start freezing China out, no?

5. Members of the Global Energy Alliance will be granted Most Favorable Trade Partner status meaning no tariffs and other costs to trade with other GEA members.

6. While the original organization driver will be energy, this will expand to strategic materials — uranium, lithium, rare earths — and other commodities as well as a long term national security interest.

The Global Energy Alliance will approach the long term in a crawl, walk, run posture. There is no limit to where we can go <<< military alliance? Shhh.

Are there benefits, Big Red Car?

1. Enhanced production will drive prices down and the inflationary impact of higher oil prices will be drowned in light, sweet crude.

Remember how sweet the economy was in the United States when the economy was booming and inflation was 2% and crude was $20/bbl and Puffer Coat Putin could not afford to make trouble?

2. Oil trade will be simplified and there will be zero friction as GEA members will produce and sell to other GEA members. There can even be a barter element — send me your wheat and we will send you our tech. Barter.

3. The GEA will dissolve the funding of Putin’s war machine and the evil actions of autocracies while spreading the benefits of democracy.

Yes, we will try to turn Venezuela back into a democracy with a high standard of living. We can do this.

4. OPEC, OPEC + 1 will be out of the oil extortion business and the price will be a market rate set not by our collective enemies, but by the GEA.

5. For the GEA nations, for western democracies, oil will no longer be a weapon of war that others can use against us.

Are there dangers, Big Red Car?

There’s danger eating spaghetti and meatballs, dear reader, so, yes, there will be dangers.

One of the dangers is that the likes of China, Russia, Iran, Venezuela, Cuba, Belarus will all become closer and they will trade with each other. Good.

Let them swap Rubles for Yuan for Rial for Bolivar for Pesos — starve them for USD and Euros and Swiss francs.

Let all the Middle Eastern countries decide whose side they want to be on. I predict after a lot of wailing and gnashing of teeth they will come over because all they have is oil and if the GEA is not trading with them they are screwed.

The only wild card in my view is India which is a great democracy, but it has had a military trade relationship with Russia for 60 years. They buy Russian gear.

I would stick a Henry Kissinger doppelganger on the case like when Henry the K broke Egypt free from Russia at the end of the 1973 Yom Kippur war.

2. Let’s crush Russia so they cannot afford cheap vodka or to be evil. Don’t let them come back into the community of civilized nations until they are civilized — which today looks like it will never happen. If it puts them out of business, so what?

3. Let’s use energy — which is a huge global opportunity — to bring the world closer together and to choose sides.

But, hey, what the Hell do I really know anyway? I’m just a Big Red Car, but this could work. Form the Global Energy Alliance! 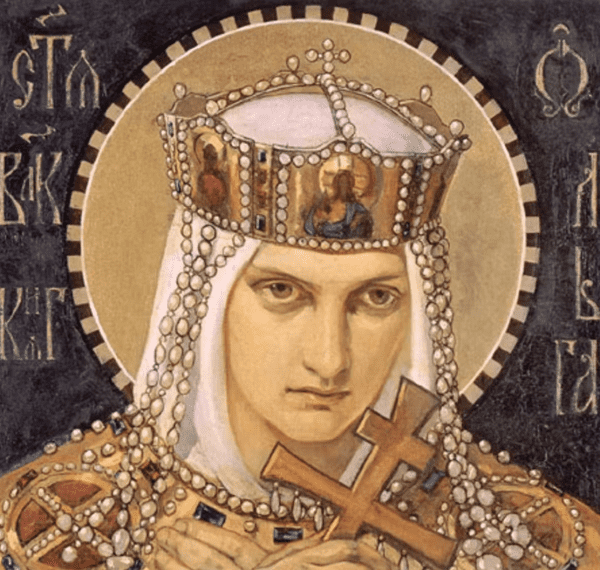 Saint Olga of Kyiv, protect your warriors as they fight to exterminate the Russian invaders, to expel the Russians from their native soil, make their hearts strong, their aim true, and give them the resolve to vanquish evil on their soil. God bless Ukraine!