Tonight, we have the Kiddie Table Debate Night whereat

Senator Cory Booker (he played football at Stanford), and

seven midgets — no, gnomes — get together to see how much they can impress us in seven minutes each.

OK, the gnomes, who have a nasty temperament, include:

How did they get selected, Big Red Car?

If you met that threshold, you get a minute to answer questions and 30 seconds to respond to the answers of others.

If you are a potential “break out” candidate you won’t want to even breathe during one of those precious minutes.

The questions will be asked by:

Well, Rachel Maddow called me this morning and asked me what she should ask for questions. Here are some I gave her on the fly.

1. The economy is rocking and rolling under President Trump. Can you keep it at this level of economic fierceness? If not, why not?

2. Everybody said that Donald J Trump would never get the nomination, then they said he’d never win — WTF happened? Be specific.

3. Free stuff is in the air. We have free medical care, free college, and, now, we’re going to forgive all student loans. What are you going to bid in the free shit sweepstakes? Please be specific. Go big.

4. Joe Biden — woke or a joke? Too old? Would you let Joe sniff your hair to get the nomination? Feel you up? Tongue in the ear?

6. Reparations? How much and to whom? Is this pandering to to the black vote? Is that wrong? Be specific.

8. Who up here is just wasting their time? I mean like Bill de Blasio — does he really have a freakin’ chance? No. Admit it.

Who are the poseurs? Be specific and be mean. Like Julian Castro? Dude doesn’t even speak Spanish, amigo.

Follow up — how does a guy named Castro get elected Mayor of San Antonio and not speak Spanish?

9. Can you insult your way to the Presidency?

If you got the nomination what nickname do you want Donald Trump to put on you? Sleepy Joe is taken.

Follow up — five seconds — what do you call Donald J Trump?

Follow up — Trump v Biden behind the gym. Who wins?

10. Why hasn’t Barack H Obama endorsed Joe Biden? Don’t give me that lame shit about Joey didn’t ask him. Why? [I think it’s the Old White Guy Syndrome.]

11. OK, what combination of words in the English language gets you to part with $200,000 to hear Joe Biden string them into sentences and paragraphs? $200,000? Hell, that’s Hillary money.

12. How many genders are there in your world? Can you name all 56 genders? Can you describe them?

13. If you were nominated would you force your running mate to go transgender? If not, why not?

14. Sword dancing. Do you see yourself going to Saudi Arabia and putting some dance moves on the King? The King looks like a bad ass with the sword.

15. Putin calls and says he has pics of Donald J Trump in a compromising situation involved with hookers, the Ritz Carlton Hotel in Moscow, and urine. What size prints do you order?

16. Elizabeth Warren — who thinks they’re an Indian cause they have high cheekbones? Is that the lamest thing you’ve ever heard? Look at Lizzie when you answer.

17. Weed. How often do you smoke and where do you get yours? If your state has legal weed, you can punt on the question. Best sing along when really stoned? Sing a few stanzas.

18. Cory Booker has a girl friend, supposedly. Real or a poseur? Haven’t you always thought he was gay?

19. You get the nomination, you win the election, who do you appoint as Secretary of State? Hillary on your short list? If not, why not?

20. Name three Republican news media people. You have thirty seconds. Is the media in the bag for the Dems?

21. AOC — Make Alexandria a Bartender Again or Secretary of Education?

22. Is this the most demeaning thing you’ve ever done? If not, what is?

23. What’s the deal with Kamala Harris and Willie Brown? Can you sleep your way to the presidency? Can she do it?

22. Tell me one thing you admire about President Donald J Trump. Take your time.

23. Donald J Trump — after you are inaugurated, do you put him in jail? If so, for what?

It will be interesting to see if Rachel uses any of these. I’m betting she does.

Tomorrow, we do the Big Kids Table Debate.

But, hey, what the Hell do I really know anyway? I’m just a Big Red Car. Watch the debates tonight. Order a pizza and charge it to Bernie. Free pizza, could that be part of the program? 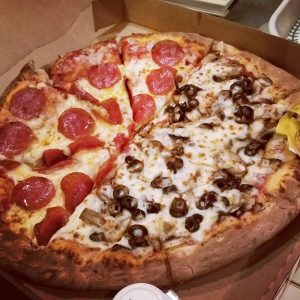