On this day in 1783, the last British soldier left the brand new United States of America pursuant to the Treaty of Paris between the US and Great Britain.

The war had begun on 18 April 1775 with Paul Revere’s famous ride warning the Colonials: “The British are coming!” Thereafter, we had “the shot heard around the world” when the Colonials revolted against the most powerful kingdom in the world with its most powerful army and navy.

Some will say that the American Revolution actually began on 22 March 1765 with the Stamp Act or on 5 March 1770 with the Boston Massacre. In any event, we fought for a long time — from April 1775 until 25 November 1783, when the last of them fled New York City. The Brits took more than 30,000 Loyalists and slaves with them as they journeyed to Nova Scotia and Quebec.

Eight hard years of tough fighting under harsh conditions as the Colonial Army learned their trade and, eventually, beat the British Square.

British General Guy Carleton had promised General George Washington that the Brits would be out of NYC by noon on 25 November.

Washington waited patiently outside the city until the Brits lifted anchor and departed leaving their flag on a greased flagpole at the Battery in lower Manhattan. Then, he returned triumphantly to regain control of New York City. 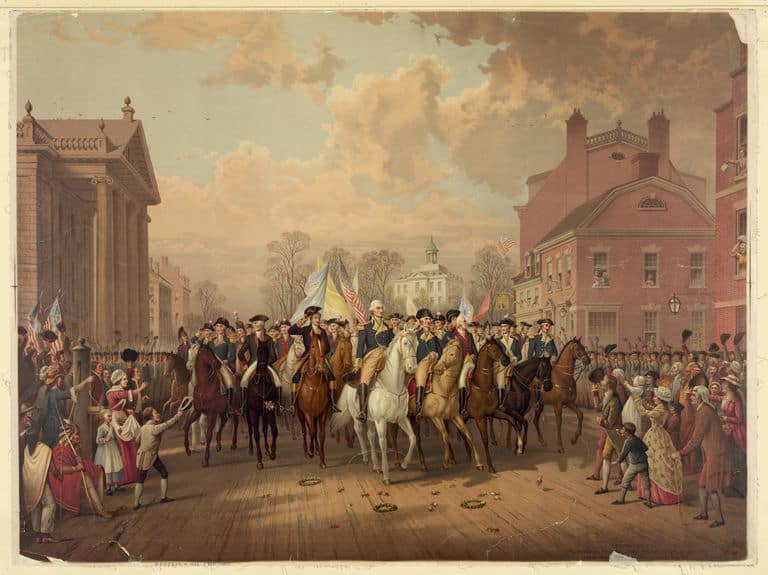 The Americans, at first, were unable to climb the greased pole until an enterprising American soldier, John Van Arsdale, nailed wooden boards to the flagpole and climbed it using the boards as steps.