Guy calls me and says, “Can you believe that Mike Bloomberg spent a billion dollars on his election campaign?” 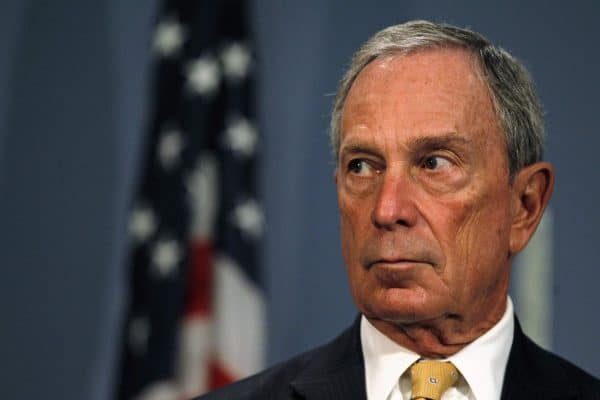 I say to him, “You’re full of crap. Bloomberg was on in the race for half of November, December 2019, January, February, until 4 March 2020. No way he spent that kind of money. That’s more than Trump plus all the other Democrat candidates for the entire primary and, maybe, the general election.”

Guy says, “Want to make a wager?” He has a certain kind of smile that makes me a little wary.

My spider sense tingles because this old boy is a cautious chap, never known not to do his research. I say, “Can you give me a second?” He laughs at me — cold, cunning, mean laugh.

I take a look at the Federal Election Commission website (FEC Form 3P), look it up. 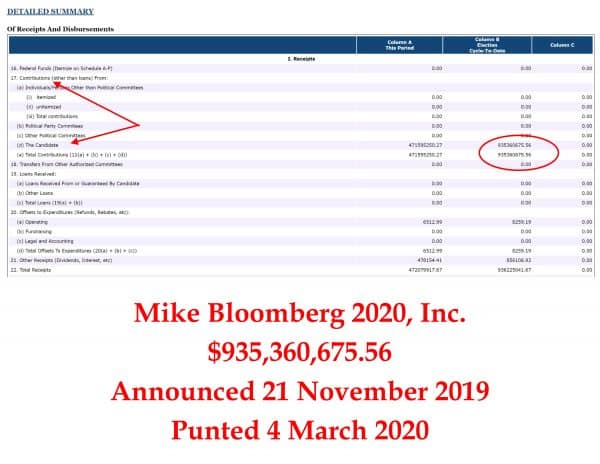 But, hey, what the Hell do I really know anyway? Just an old Big Red Car that needs a paint job.