Quibi, an exciting new media streaming service launched by some of the savviest players in the media business, closed down in late October after only six months.

Was it a casualty of COVID or was it an ill-advised venture that got its comeuppance with a dash of COVID on the side?

As a startup, it is fair to take a jockey, horse, course approach to evaluating the product, no?

The jockeys were experienced business persons with big reputations:

Katzenberg ($900MM net worth) was a big Hillary, Warren, and Obama supporter and is on anybody’s list of the most influential Dem Hollywood funders, kingmakers, and fundraisers.

2. The CEO was Meg Whitman (Princeton, Harvard MBA), former CEO of HP Enterprise with experience at Dreamworks. She was the CEO of eBay for 10 years.

Whitman ($1.4B net worth) wandered into politics (huge Mitt Romney supporter in both 2008 and 2012), running for Governor of California on the Republican ticket where she was annihilated by Jerry “Moonbeam” Brown 54% to 41% after pissing away $144,000,000 of her own money.

Was this enough or too much jockey? Too little? Problem that Katz was a Dem and Meggie was a Rep? Not hungry enough?

The business engine was to be a “mobile first and only” delivery of quick bites of classy, first rate entertainment.

If the content was sexy enough — Steven Speilberg was making some of it, so it was going to be great stuff — wouldn’t that build the crowd and, then, wouldn’t the crowd pay up for the proven content?

It started out as a tidal wave with 5.6MM customers downloading the app, but when it came time to convert all those freemium freeloaders into paying customers, it is estimated that the conversion rate was an anemic 8%.

The pay was $5/month for all you can eat with ads and $8/month if you wanted to eschew ads.

Critics are quick to note that you can spend all day on YouTube for nothing and the place is lousy with short term entertainment, some of it even good.

Quibi was mobile first and only with no Smart-TV app. In the end, the company tried to cobble one — a Smart-TV app — together, but by then it was too late.

Some say the COVID should have driven the customers, bored customers into their arms, but the pudding didn’t gel.

Money was never the problem as Quibi raised almost $2,000,000,000 from names whose involvement added to the lustre, the cache, and the sense this idea could not miss.

Maybe the money was too easy? Maybe there was too much of it? No lean and hungry fire in the belly?

Turns out the answer was YES.

Quibi was to be the “next generation of storytelling” delivered in small (quick bites – quibi) chapters to be enjoyed in an episodic manner. Another way to say the same thing is: premium, short form content. Was that a new idea? Is that YouTube’s business — except free?

Is episodic long form content like Netflix a different model or just better? Or does the delivery on a big screen for a longer period of time hit the market more squarely?

It is fair to note that the whole world seems to be trying to be the next Netflix, including Netflix. These include, just in the last year: Apple, Disney, WarnerMedia, and NBCUniversal — arguably far more experienced players. Those were all billion dollar companies in their own right.

The focus of Quibi was to be mobile devices.

The intent was to leverage Katzenberg’s media savvy and Whitman’s business scale talent into the Next Big Thing.

Good question because Quigi failed, so something must have gone wrong. Here are some ideas:

Maybe it was just a total misread on the market and the product? Did they do the work?

2. Maybe it was really an ad play — they lost 92% of freemium freeloaders when they made the convert.

4. Maybe they never really built a team — Megan Imbres who had the marketing portfolio was a Netflix veteran. She jumped ship two weeks after the launch in April.

What does that tell you?

5. Maybe folks don’t want to sit and watch their phones for 5-15 minutes and squint at the content?

Maybe the phone is just too small?

6. The company spent a bloody fortune on marketing including the Oscars, the Super Bowl, and CES in Vegas — most of it before the launch. They spent $64mm on ads.

Did they emphasize specific content when they should have been explaining the allure of the platform itself?

7. A lot of salty folks — hindsight — say that they spent too much time on touting future shows and not enough on how the platform worked.

8. Maybe the mobile first and only decision was a huge boneheaded misread? Then they tried to cobble together a Smart-TV app.

Why not both from the beginning?

9. The company got sidetracked by a lawsuit with Eko over patent infringement because of a particular type of interface. This suit is still active.

We will never really know.

The lessons are this:

1. Whether you are a well-funded billionaire sponsored startup or a bootstrapped company in somebody’s dorm room, the principles apply and if you don’t follow them you fail. Even if you’re Jeffrey K and Meg W.

2. You better know the product and have a go-to-market strategy that is broad and tested.

3. Before you turn the marketing folks loose with all the company’s money, it would be useful to have an MVP (minimum viable product) — something you can point to and say, “This works.”

4. Big advertising ego plays like the Oscars, Super Bowl, CES are not really where the market is built for a startup.

6. Big money means big mistakes. You have to be frugal and make every dollar work hard.

7. Best for last — Luck does play a role in the course of things. COVID? Unlucky, big time.

Don’t get cocky, but take a lap.

But, hey, what the Hell do I really know anyway? I’m just a Big Red Car. Merry Christmas 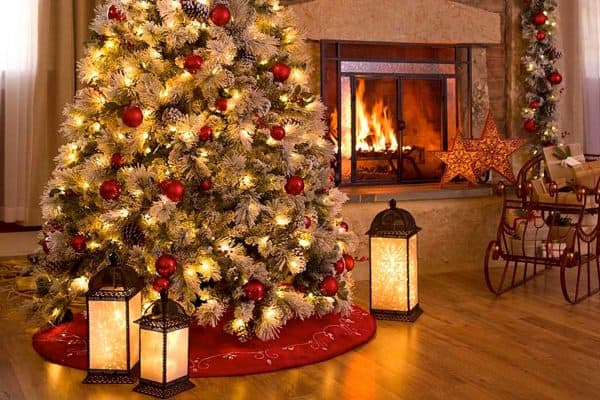