Here is what will happen with the Pandemic in 2021:

1. The Pandemic will be in the rear view mirror by the end of June 2021 meaning those who want a shot of vaccine will have had one.

We will all get vaccine ID tattoos or piercings, but there will be no Voter ID card. No, sir.

2. It will be revealed that China made the damn virus stuff — no baloney about bats in seafood markets —  in a lab and it got away from them. Haha. No, really. It was an “accident,” not a field exercise.

Chinese President-for-Life Xi, at the United Nations annual meeting, says, “Ooops!” Everybody laughs whilst he shrugs his shoulders, cocks his head to the left, raises his eyebrows, extends his hands palms up, and looks sheepish for eight full seconds.

“So sorry.” Delegates give him a standing ovation and the New York Times praises China’s transparency.

3. Everybody will agree that the Pandemic was a son-of-a-bitch and nobody will get high marks — not Washington, not the Governors, not the “experts.”

Nobody knew and then it got hopelessly politicized. Nobody still knows.

Even Nancy Pelosi will say of Operation Warp Speed, “How did Trump do that? It was a freakin’ miracle.”

4. It will turn out that there are therapeutics that can kick the snot out of the virus, that hydroxychloroquine really was a good idea, and that the creation of multiple vaccines in less than a year was stupendous.

5. The biggest victim? The US economy which was almost crushed, but which will rebound like Shaq except for locally owned restaurants which are screwed.

1. Joe Biden will be sworn in on 20 January and immediately become the mediocre President he was destined to be. Even die hard supporters are surprised at how masterfully he underwhelms extraordinarily low expectations.

His entire Inauguration Address will consist of one sentence, “Come on, man.”

CNN will discuss it for more than two weeks, dissecting each word in excruciating detail until there is not a single CNN watcher left in America.

2. The Biden Admin will be Obama 2.5 with more than 75% of all appointees being from the Obama admin.

John Kerry will do for the climate what he did for Middle East peace. Nothing.

3. China and Joe Biden will have a terrific relationship — wink, wink, nod, nod.

That Tony Bobulinski guy will be appointed as US Ambassador to China and disappear on the way to Beijing.

4. Donald J Trump will not be prosecuted for anything and will start a media company with Ivanka who he is grooming to run for President.

Manhattan NY District Attorney Vance will get the Trump tax returns, study them, and hold a press conference, “Hmm, old boy seems to have paid all his taxes. Who ever could have thunk that?”

5. Hunter Biden, after an extensive investigation, will be awarded the Bronze Star with V device for valor. Joe will pin it on in a touching Rose Garden ceremony at which he will say, “I am proud of my son.” 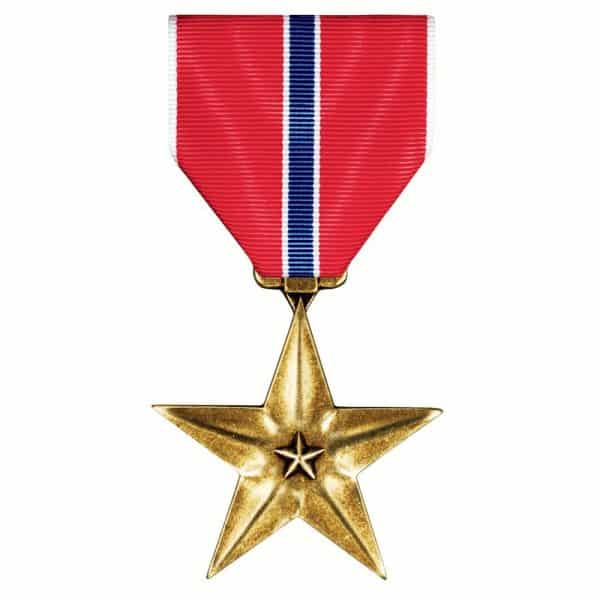 Hunter will be appointed to the board of Exxon/Mobil where he will knock up the CEO who will carry his baby to term. Girl named Burisma.

Hunter will pose with the board whilst holding his crotch saying, “Bad MFer Hunter knows oil, baby.”

Dr. Jill will say, “Joe and I are very proud of our son, Hunter.”

6. The Dems will win both seats in Georgia and Stacey Abrams will be made the CEO of Weight Watchers.

7. The FBI conducts a rigorous investigation of Election 2020 cheating, fraud, cheat-by-mail and finds that Trump cheated with the assistance of the Russians and that Joe Biden won by a landslide.

Here’s what happens in business:

1. The entire social-media-as-an-extension-of-the-Dem-party thing will take root and Google, Facebook, and Twitter will become departments of the Democratic National Committee with their CEOs attaining Cabinet rank.

Those anti-trust lawsuits? Dropped in February. 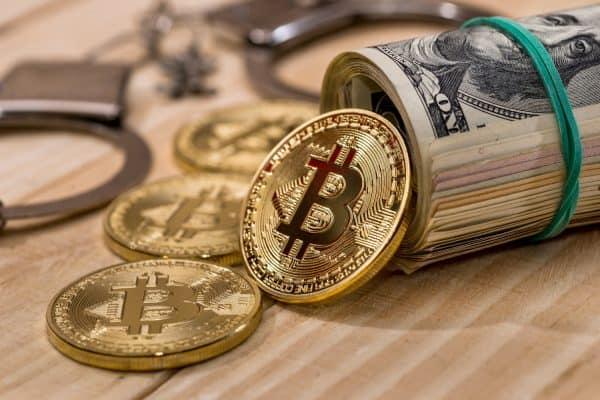 3. Bezos will begin to close in on trillionaire hood, but will still be bald and look oddly like a snake head.

Amazon will start doing plastic surgery including a procedure known as the “Lauren Sanchez” enhancement. Huge seller performed in the back of a mobile plastic surgery truck that comes to you and parks in your driveway. 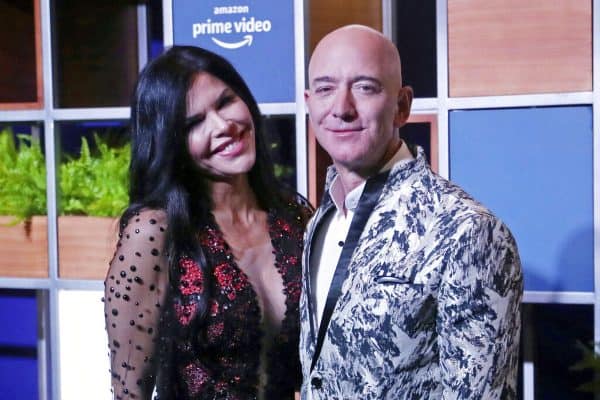 Yeah, I’m the richest guy in the world and I’m hanging with this woman and bought this jacket. What does that tell you? Take your time.

As part of the procedure, you get a date with a billionaire.

4. Amazon and Walmart will divide up the world and the United States into “spheres of influence” including groceries.

By year end, you have to choose which camp you are in. No capers or sun dried tomatoes in the Walmart sphere of influence.

5. With the rebound of the US economy, business will boom to an extent not ever seen in the history of mankind. Serious comment. Even Joe Biden will be unable to screw up the next year.

6. Elon Musk moves his head space to Texas along with all his business interests and says, “WTF was I thinking building businesses in California? No state income tax in Texas? WTF? Was I high?” 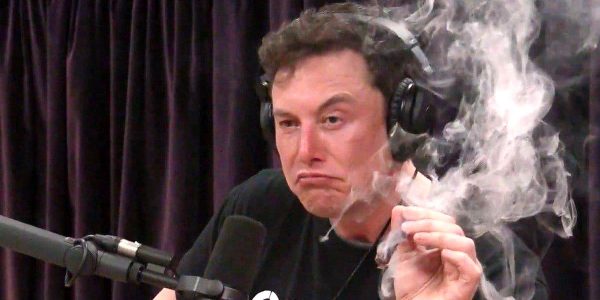 Here it is, the economy:

1. The economy — except for locally owned restaurants — will enter a Golden Age and will boom to the extent of more than 5% per quarter (annualized rate) GDP growth for every quarter of Joe Biden’s first year.

Nobody will be able to explain why and anybody who says, “It’s Trump’s fault” will go directly to the re-education camps.

Don’t get me wrong, you will hear a lot of “It’s Trump’s fault” just not about the glorious economy.

2. The whole baby thing will explode as the Pandemic/Quarantine Babies begin to arrive.

4. The population shift in the US will be gargantuan with New York City, Chicago, and California being the hardest hit.

Bill de Blasio chases everybody with a three digit IQ out of town. Big league.

It will not be possible to swing a cat on a ten foot rope and fail to hit a transplant in Austin-By-God-Texas.

If you actually do this, the whole cat on a ten foot rope thing, you will be arrested and re-educated.

5. Texas and Florida will both gain 7-12 Congressional Districts after the census.

6. At year end, Joe Biden will put a buzz kill on the economy by raising taxes.

What happens in the world?

1. The Chinese close out Taiwan and a Biden admin says, “Take the damn thing already. It’s not like we’re going to go to war over it.”

Some little kid doing a 6th grade term paper in Berlin asks, “Why did we ever decide to buy natural gas from Russia? Aren’t they our enemy and won’t they just turn it off if we have a war?”

Kid wins a sailboat and is told to sail from France to NYC. Disappears around Bermuda in a squall.

3. The US re-enters the Iran nuke deal and ensures that Iran is able to make and miniaturize a rocket mounted nuke. Middle East stability is a pipe dream.

In November, Israel takes out Iranian nuke program from the air.

5.  When the Biden admin opens the US borders, illegal immigration tops more than 20,000,000 annually and two new states are carved out every year.

6. Canada and Mexico merge leaving the US to play “odd man out” stuck in the middle.

2. Every major city in California has two daily direct flights to Austin, Texas known as the “moving on up to Texas” flights.

3. The re-education camps are very nice as they are run by Amazon. Old white guys can choose either Social Security or a permanent camp. Most guys take the camp.

4. So many new victim groups and tribes are identified that for a few minutes until sorted out, straight, clean shaven, employed, right handed, white guys were the smallest ethnicity in the country.

5. AOC and The Squad advance a serious idea to renumber the years as “before” or “after” the Pandemic. Thus, the year 2021 would become 1 PP (year one post-Pandemic).

6. Turns out after the election, the riots calm down and black lives don’t matter any more than white lives or Chinese lives. Never saw that coming.

7. Work From Home School From Home becomes the norm when the teacher’s union announces that teachers cannot fit into their pre-Pandemic clothes.

8. The media with no Donald J Trump to discuss begins slowly to disappear. Heads that used to wake anxious to read Trump’s Tweets slowly implode. The brain rent checks begin to bounce.

Jim Acosta officially leaves “journalism” and becomes a vineyard worker at the Trump Vineyard in Charlottesville, Virginia where he goes about his work singing, “Jeremiah was a bull frog” at the top of his lungs.

9. Toxic masculinity becomes a criminal offense and while the police are defunded, bands of roaming social workers take lots of toxicly masculine men into custody by asking them, “Can you close your eyes and tell me how that makes you feel?”

The SJW use cuffs to restrain the toxically masculine while their eyes are closed.

We may look back from this time next year and wish for 2020? No way.