Big Red Car here, thinking of having Chinese food for dinner tonight, which of course brings me to the issue of the PRC (People’s Republic of China, the Communists) v the Republic of China (the democratic capitalists, Taiwan).

Taiwan is separated from Mainland China by the Taiwan Strait, 110 miles — not much warning time in the event of an attack.

The big deal, dear reader, is that the President for Life of China, Xi Jinping, gave a speech at the beginning of this year laying out the unyielding position of the Communists that Taiwan was a “renegade” province and that it was only a matter of time before a “peaceful” reunification would happen whereby 23,000,000 Taiwanese — quite happy not to be part of Communist China — would be reunified whether they liked it or not.

Then, the speech went off the rails.

Xi said, “The country [meaning Communist China] is growing strong, the nation is rejuvenating, and unification between the two sides of the strait [meaning the Taiwan Strait] is the great trend of history.” Xi may have taken a pass-fail history course the rest of the world did not, but that doesn’t make any sense. 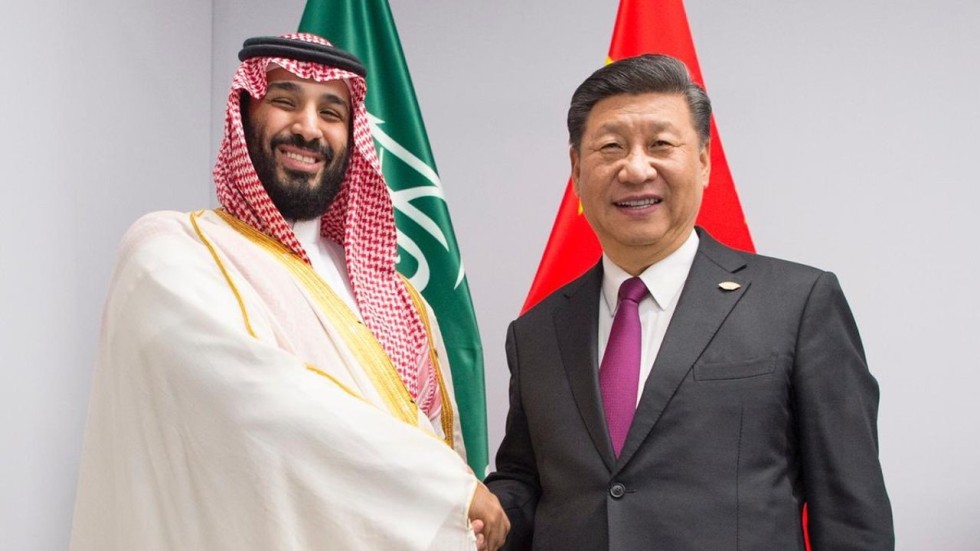 Xi Jinping and another blood thirsty despot having a few laughs while comparing notes.

He alluded to the “one country, two systems” approach whereby Hong Kong became part of China.

He warned the world that just because there were extraordinary, profound differences between the two countries — one a successful democracy and the other a despotic Communist dictatorship — that was no reason to “reject unification.” Huh? Sounds like a great reason not to date, let alone get married.

Seems to the Big Red Car like this is a very good reason not to want to move in with the old girlfriend. No?

Just when it seemed like everybody would play nice, Xi said, “We make no promise to abandon the use of force, and retain the option of taking all necessary measures.”

He also sent a pointed message to the United States, saying, words to the effect that these options might be deployed against anybody who envisages “intervention by external forces.”

Yes, dear reader, the US used to have a mutual defense treaty called the Sino-American Mutual Defense Treaty. It was effective 1955-1979.

In 1979, it was replaced by something called the Taiwan Relations Act of 1979.

So, you asked what changed?

The United States recognized the People’s Republic of China as “China” meaning the Chinese got all kinds of benefits like joining the United Nations and discounts at Disneyland.

What also changed is the “mutual defense” provisions of the Sino-American Mutual Defense Treaty were watered down into the Taiwan Relations Act of 1979. OK, they disappeared. I was trying to be diplomatic.

The US stills sells the Taiwan government all kinds of DEFENSIVE weapons with which to fight the Chinese, but we no longer promise to come to their aid. Sort of a big difference.

The US-Taiwan relationship — we do not have formal diplomatic relations — is guided by The Six Assurances (drafted during the Reagan administration in 1982).

If you are Taiwanese, it would be hard to sleep at night given those wishy-washy “assurances.”

This is why the recent utterance by President for Life Xi Jinping is so troubling. It feels like China may be getting ready to snag Taiwan.

But, hey, what the Hell do I really know anyway? I’m just a Big Red Car, y’all. Chinese food for me tonight. Taiwan for the Commies? Burp.