I like Michael Bloomberg as a visionary businessman who built Bloomberg into an iconic brand and an uber successful company that employs 19,000 employees in 69 different countries. Big time winner!

Bloomberg, the company, is a first rate purveyor of financial information and a news organization.

Bloomberg, the person, is a extraordinarily successful businessman, philanthropist, and a politician who controls a media empire that reports on politics amongst other stories. They have a myriad of different distribution channels. They are a force in the news business.

Politically, Mike’s been a changeling Democrat who became an ideological Republican when it served his purposes, who in turn has become an Independent, who has now reverted back to his original roots becoming a Democrat in order to run for the Democrat nomination for President, in a still confused slate of nominees.

Flexible? Opportunist? Changeling? A man with liquid convictions? Yes to all, but no foul. He is no governing purist by philosophy.

He is a well known man though he has no real national political identification. 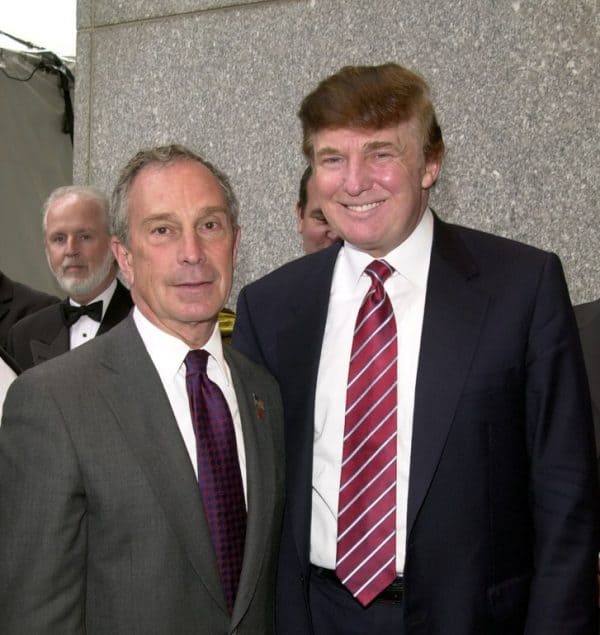 I did not particularly like his performance as Mayor of New York City or his manipulation of the system to win three terms. I do admire his spunk in getting the three terms. I like spunk.

On policy, he is a very standard, leftist Democrat — we used to call such Dems “progressive,” but that term has now slid further to the left, where the oxygen is thin and the rational logic is thinner.

He is not an Alexandria Ocasio Cortez progressive — she of the Bernie Sanders endorsement and fixture in a Sanders administration — but he is decidedly to the left on standard Democrat orthodoxy. 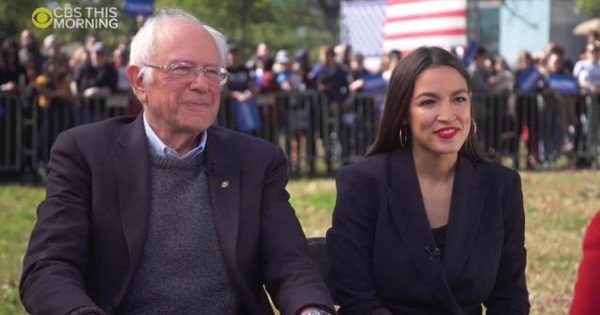 As a philanthropist, he has supported causes — confiscatory gun control, abortion, as an example — with which I take an opposite side.

He is a big time political issues donor in the Koch and Soros class of financial heavyweights.

He is smart, hard working, a thoughtful guy. He is not a great speaker and he is an old, white, rich billionaire. [Independent research seems to indicate that all billionaires tend to be “rich.” More work to come on that front.]

Brother Bloomberg is Jewish. Someone pointed that out to me and I said, “So what does that mean?” The chap had no answer. [I believe there is rampant anti-Semitism in the world, and to a lesser extent in the US. He will not receive the endorsement of Ilhan Omar?]

The USA has never had a Jewish President. I hate the idea that that is a significant fact in America, but it, unfortunately, is.

Bloomberg LLC, the financial information and news business made a most curious announcement as it relates to their coverage of Mike Bloomberg.

There will be none. Bloomberg will not “investigate” Mike Bloomberg, their own potentate.

In an effort toward balance, they will also not “investigate” any other Democrat candidates.

They will continue to “report” on Mike Bloomberg. Reportage appears to be different than investigation in the Bloomberg LLC firmament. [Color your Big Red Car skeptical. Very skeptical.]

I think Bloomberg LLC is giving Candidate Bloomberg a pass.

All indications are that President Donald J Trump will stand for re-election. He is the likely opponent to candidate Mike Bloomberg — should Mike Bloomberg obtain the Democrat nomination.

Bloomberg LLC will continue to “investigate” President Trump. In fact, they intend to investigate the crap out of President Trump using their full editorial opinion and news reporting power.

There are those small minded amongst you who will immediately scream: FOUL! Ahh, resist the temptation. It’s just one candidate using his 19,000 employees to create a small “home team” advantage. Nothing to see here, run along.

So, one candidate owns a financial information and news media powerhouse and that powerhouse will NOT investigate its owner and the Dem candidates, but will subject the Republican candidate to the equivalent of a media prostate exam at every opportunity.

Mike Bloomberg and the Big Gulp

In the dirty past that every politician carries along with them like an anchor is the campaign Mike Bloomberg instigated against the Big Gulp, sugary drinks in a large size (larger than 16 ounces).

The ban on large sugary drinks (the Big Gulp is 64 beautiful ounces of sugary goodness) was found to be unlawful by the New York Supreme Court’s Appellate Division after a lower court had already struck the law down as being an unlawful overstepping of mayoral authority.

Interesting, the law exempted milk-based drinks like milkshakes and coffee drinks such as one might find at Starbucks — though even the Big Red Car has never had a 16 ounce espresso. I was unable to find a definitive position on root beer floats.

Mike vowed to fight it out with the likes of Coca-Cola, PepsiCo and Dr Pepper Snapple and the NYC restaurant and convenience store glamerati. He never did pursue it and retired mildly ungracefully from the fray.

In Mike Bloomberg’s defense he contends that thousands of New Yorkers die annually from diabetes, an illness that is exacerbated by drinking copious amounts of sugary drinks.

1. Welcome, Mike Bloomberg, to the fray. He will be a welcome addition of IQ points.

2. Bloomberg is 5’8″ while Mayor Pete’s height is “unavailable” but known to be 5’7″. Mike the Mayor will tower over Pete the Mayor.

4. Mike Bloomberg is rich — 5-10X as rich as Donald J Trump. The billionaire vote in America is likely to take note of that factoid.

5. Mike Bloomberg will be well funded and immediately have a public presence that will be professional. His website is excellent from day one.

6. Mike is going to have a hard time finding his niche. Senator Warren has wrapped up the college professor, Native American vote.

Mike is going to have a tough time with the minority vote though not as tough as Mayor Pete and the black vote wherein he polls at ZERO.

Mike will get no traction with the Big Gulp bunch (and Labor) or the AOC far left.

Mike will own the Jewish vote.

7. Bloomberg will not do well in the sharp elbowed Dem debates. He may not even get into the debates. Expect Senator Elizabeth Warren to have a field day with Bloomberg who will smile at her with bemusement. He can handle himself.

8. Bloomberg will be an artful and hard campaigner. One thing to note — Mike Bloomberg was a winner in a very tough political environment. Do not expect him not to have sharp elbows and a hard edge. He will take the fight to President Trump much harder and more pointed than any other Dem. He will be brutal and ruthless.

Mike Bloomberg will NOT win the Dem nomination. He is too late and he is too white, rich, and old. Sorry.

But he will be fun to watch.