Big Red Car here. Gray day in the ATX and not going to crack 50F. Wintertime in the ATX!

So the Big Red Car was talking to a sweet Mercedes convertible last week outside a nice steak joint downtown. Interesting conversation.

The conversation began to drift toward the subject of liberals in America. Big Red Car irked the cute little Mercedes by making a crack about limousine liberals.

The Mercedes began to deliver a stern lecture on limousine, latte and Tesla liberals. Very informative!

The Big Red Car believes that every political persuasion is welcome at the table and that better ideas result when all ideas wrestle in the marketplace of ideas. This is a quaint notion from an earlier time and is no longer operative in the minds of liberals who know what is best for themselves and the little people. You, friend, are the little people.

The term “limousine liberal” is not a term of endearment. It is a pejorative term used to describe folks who exhibit the following sort of behaviors:

2. Telling everyone else to use mass transit while they drive gas guzzling Land Rovers;

3. Talking up the benefits of education — public education — while sending their children to private schools, and;

4. Talking up the immigration while employing illegal immigrants. Some even pay the “help” in cash until they are likely to receive a Presidential appointment in which case the payroll taxes are brought up to speed.

The typical limousine liberal is upper middle class and is accused of being a little disconnected from the reality of America. Fair play? You decide.

The term is reputed to have first been used to describe Mayor John Lindsay (a Republican) and his followers in the 1969 New York City mayoral campaign. [Check the Big Red Car on that reference as I am not sold he knows what he’s talking about.]

The latte liberals are a natural evolution of the limousine liberals — maybe just a change of name — but they appear to focus on other things.

1. Race is a huge issue for latte liberals both from the perspective of entitlement and unfair treatment;

2. Diversity, the kissing cousin of race but also including women’s issues, is another manifestation of the changing lexicon of the limousine liberal;

3. The idea that health care is a “right” and should be distributed and dispensed by the government is a foundation requirement to be a latte liberal; and,

4. Gay rights — not a lack of discrimination but wholesale acceptance and approval — is a bedrock value of the latte liberal.

Now, in complete fairness many limousine liberals simply broadened their beliefs and morphed into latte liberals but there were fewer Starbucks in the 1960’s, so the latte liberal had to wait their turn.

1. Tesla liberals are very concerned about diversity in the workplace. Not enough to actually hire such folks but concerned about what others do and not reluctant to share their wisdom with “others” — see reference to “little people” above.

A common thread amongst liberals of all stripes is a universal conviction that they know what is good for you but those rules don’t apply to them. Look at the pictures of their companies and try to find the women and minorities — they are not there. Should you say something smarmy like: “Show me, don’t tell me” you will be uncloseted as an idiot.

2. Tesla liberals think that the Internet is a universal right and that the Founding Fathers would have undoubtedly enshrined it in the Constitution if only they knew about it. Do not mess with any aspect of a Tesla liberal’s digital footprint. Calling them the Digital Illuminati is not an unfair thing. 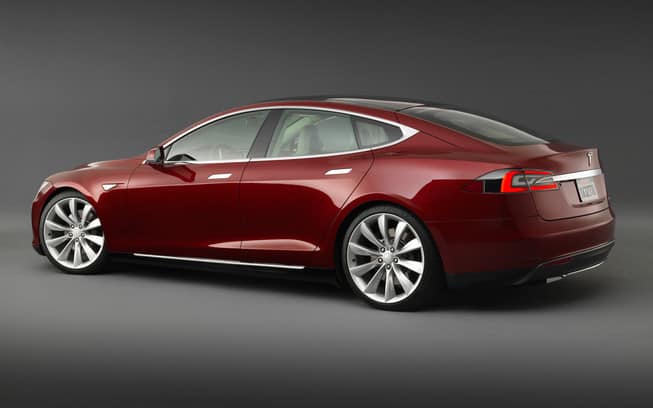 3. Tesla liberals think that whatever the Republicans do — even though John Lindsay himself was a Republican — is bad and that the very questioning of an Obama policy is an element of treason and is certainly racism. The fact that the Obama presidency is arguably a horrifically failed presidency notwithstanding and that the state of race relations in the United States is appreciably worse than when Obama took office is not relevant. Haven’t you learned anything?

4. Tesla liberals think the American people are stupid and when poked and prodded will say that behind closed doors. They count on the stupidity of the people — their term — to keep putting them in office and to be their willing vassals.

5. Tech savvy as they are, a Tesla liberals will find no fault with the government spending $2B on a web site that doesn’t work. If you criticize that outcome, you will be referred to #3 above.

6. The Tesla liberal’s children will never serve in the military, they are way too talented for that.

7. Tesla liberals are all about life except they like unfettered abortions — for the children — even when it’s just you had painted the nursery blue and you’re having a girl.

8. The Tesla liberal sees nothing to learn from the rejection of the President’s policies at the ballot box in November of 2014 preferring to believe it was like an eclipse of the sun — interesting but not something that will have a lasting effect.

In the end, the country needs liberals and it needs different thinking to get into the wrestling match in the marketplace of ideas but it also needs to deal with truth and results. Like the Titanic, eventually only results matter.

But, hey, what the Hell do I really know anyway? I’m just a Big Red Car. That little Mercedes sure was cute.