We are very close to resolving the election of 2020 and it looks as if Joe Biden and Kamala Harris have a real shot at winning.

[For those who cannot detect sarcasm or were born without a sense of humor, know this is said with tongue firmly in cheek.] 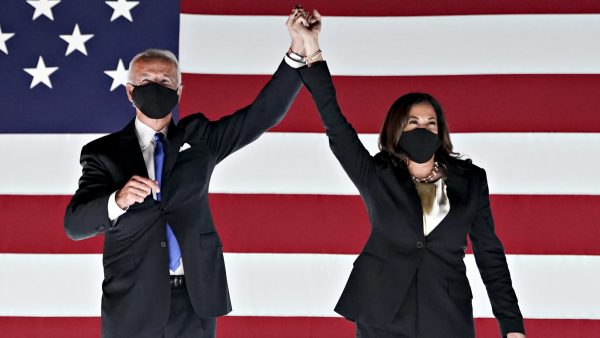 Joe and ‘Mala have begun to call for — bleat like sheep with their fellow travelers and the media — the Nation to  come together in unity, and for the Nation to heal which brings one to the important questions:

1. What has divided us such that we need to unite?

2. From what damage and from what pain do we require healing?

How does history inform us on the issues of unity and healing?

The Democrats refused to accept the outcome of the election of 2016 wherein a highly unlikely and startling Donald J Trump campaign won a thin victory, but now these same Democrats call for a widespread and universal acceptance of the as-yet-uncertified-results of Election 2020, likely an equally thin election when finally certified. Do I have that right?

There is nothing wrong with a thinly decided election regardless of which party’s candidate prevails. Should Joe and ‘Mala prevail by a single vote, they will still be my President and Vice President because I am an adult and that is what the Constitution says. [I will not riot under any circumstances and I have given up drinking.]

After the 2016 election, the Dems and persons like Donald Trump’s opponent, Hillary R Clinton, never accepted the outcome, instead weaving a tale — a complete toxic fantasy as it turns out — of Russian collusion and cheating between the Trump campaign and the Russians thereby cheating the rightful winner of the election, Hillary R Clinton, from her well-deserved victory.

As it turned out, after two years of investigation by countless Democrats under the tutelage of Robert Mueller, nothing of note was found.

Can we unite? Can we heal? Should we?

Given the history of the 2016 election and the example of the Democrats in failing to accept the outcome of that election, is it reasonable to ask those 73,000,000 persons who voted to re-elect the President to unite and heal? [Joe Biden received 79mm votes.]

How does the impeachment of President Trump enflame or motivate his 73,000,000 followers to embrace the Democrats?

The battle over Justice Kavanaugh? Justice Barrett? Is that the unity and healing we seek?

What role does the media play in all of this?

The media — once known as journalists, now known as propagandists — have sided against the Trump Nation at every opportunity.

Does that fundamental unfairness poison the pool of fairness when asking for those same folks to unite with and heal the wounds with the Democrats?

What about the issues, Big Red Car?

The Dems in the person of Joe and ‘Mala and the Trump admin have great differences in their view of and implementation of policy.

The Trump admin lowered taxes. The Biden admin ran on the promise to raise taxes.

The Trump admin delivered national energy independence. The Biden admin ran on the promise of banning fracking, of eliminating fossil fuels, and of eliminating the internal combustion engine.

The Trump admin believes that peaceful riots can become riots, unlawful riots that require fierce opposition to manage. The Biden admin is open to defunding police and to recognizing rioters as peaceful protestors gone astray.

The Trump admin stood for a confrontational and strong foreign policy whilst the Biden admin will rejoin the failed Iran nuclear agreement.

Are the deplorable Trumpists to abandon their issue positions under the lure of unity and healing?

I don’t think any reasonable person thinks that to be the case. I certainly don’t.

These policy differences will continue to separate us. This is a good thing and no amount of “wokeness” will motivate the Trump patriot to give into the Biden admin.

I suppose the bottom line is this — I fully expect the Trump supporters, the Republican party to the extent they are able to speak with a coherent voice, to discharge themselves with a higher level of acceptance than the Dems afforded President Trump after the 2016 election. This is, of course, not the high hurdles.

I have previously revealed my personal thoughts on the subject, but like any observant person, my opinion is altered as events change and spin out of control.

So, I suppose the bottom line is this — the Trump Nation will await the policy initiatives of the Biden admin to be launched and will oppose those policies that do not comport with long held and reasoned positions of the Republican party.

We are not likely to erupt into violence in the street, but if Senate Majority Leader Mitch McConnell is in a position to block unsound policy, then expect him to do just that.

Will we have a civil discourse? I certainly hope so, but is it likely? I think the jury is out on that.

While it appears that Donald J Trump will not be re-elected, the Republicans had a good night — holding the Senate and dramatically reducing their minority in the House. In addition, Republicans did well in the statehouses.

I will be giving a new President plenty of room to govern, but when policy is defined, I will act consistent with my view on that policy. I will pray for my President, regardless of who it may be. I will test every idea by its impact on the American people.

I will treat any Democrat President far better than the Democrats treated President Trump, far better.