Big Red Car here in the lovely, sunny, cool ATX enjoying a fresh squeezed carrot juice with some ginger and some sugar beets. Do not tell the guys at Jiffy Lube about this. All they serve is that senior citizen synthetic crap. 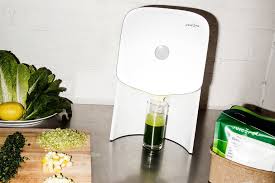 Juicero was a gizmo built from more than 400 moving parts which brought cold press juicing — in all its nutritious, vegan glory — to the masses. The masses would have to, initially, fork over $700 for that much glory and $5-8 per baggie filled with diced fruits and veggies to make the juice. That $5-8 is for one serving of the juice. So, maybe the masses were not so massive?

[Fairness — as the Juicero empire began to encounter a bit of friction, they lowered the price to $400. Still, a $400 gizmo to get a glass of juice? Did I tell you the gizmo created 8,000 lbs of pressure to press those juice molecules out of their proprietary sacklets? Four freakin’ tons, on your countertop, pressing the crap out of the plastic bags which you could only buy from them. Wow! Hello, America! Is this a great country or what?]

The gizmo was tech rich and savvy. It was a custom piece of tech engineering marvelousness. The device was extraordinarily well engineered. It might have been made by Bosch or BMW — that good. NASA wanted one for the space station.

It was WiFi savvy and could read the bag of veggies and ensure you were drinking “safe” juice. No shelf life or sell by date problems. Just wholesome, fresh, cold pressed juice.

[If you violated the sell by date, the Juicero refused to perform its sacred duties. No 8,000 lbs of pressure if you were a day overdue. The Juice Police and the Juice Force combined to set you straight, transgressor.]

An insanely expensive, extraordinarily well-engineered piece of stuff squeezing — 8,000 lbs of pressure, four tons — the snot out of a proprietary plastic bag of chopped up goodness — what could possibly go wrong?

The investment thesis was to create a bit of juice wizardry which could tap into that Keurig vibe — bit of hardware and a constant flow of consumable coffee — ooops, sorry, juice — content. It was a sales and subscription revenue model.

How much, Big Red Car?

Some of the brightest and biggest VC firms invested more than $118,000,000 to bring fresh squeezed juice to your honed Cararra marble countertops in that newly renovated kitchen with the triple ovens and the steam, convection microwave. It was to sit right next to your … wait for it … Keurig machine.

Test question — how much per month do you have to burn to blow through $118MM in less than four years?

The leader of the pack was Artis Ventures.

We did not list some of the individuals involved while they are in mourning, but some of these guys are the biggest, the brightest, the boldest, the bravest — just ask them.

What happened, dear readers, is that the 8,000 lbs of pressure (4 tons) provided by the machine turned out to be overkill, superfluous, unnecessary. Right in the middle of things, it was discovered that a simple human (know any of these homo sapiens?) could hand muscle the proprietary bags of fruits/veggies and squeeze out the juice just like the machine.

No, dear readers, it didn’t require 8,000 lbs of pressure after all (four tonnes for you English folk and Canadians).

It just required MaryAnne the receptionist to squeeze it with the same hands with which she operates the laminator or the paper cutter.

MaryAnne — lovely strawberry blonde with the boyfriend with all the tattoos and piercings — was as effective as the $700 (reduced to $400) machine and she was already on the payroll. 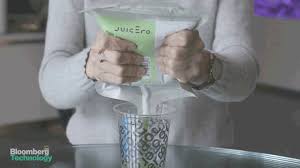 MaryAnne, the receptionist, squeezing the goodness out of a proprietary Juicero fun pack. Hey, she has big, powerful hands. Still MA on her best day can’t squeeze four tons worth, can she?

Not only that, MaryAnne liked doing it and didn’t take up any counter space.

[OK, you perverts out there. Do not say it. I know what you’re thinking — MaryAnne gave the Juicero bag a hand job. I told you not to say that, didn’t I? God, you’re so immature.]

Dear reader, you have to get out more. They closed the company.

They closed the company?

What do we learn from this, Big Red Car?

We learn many things, dear readers.

1. These Silicon Valley VC wizards are not nearly as smart as they want to believe. Sure, they encounter a few failures to find their winners, but they were backing a guy who’d already struggled in the juice business. This guy. 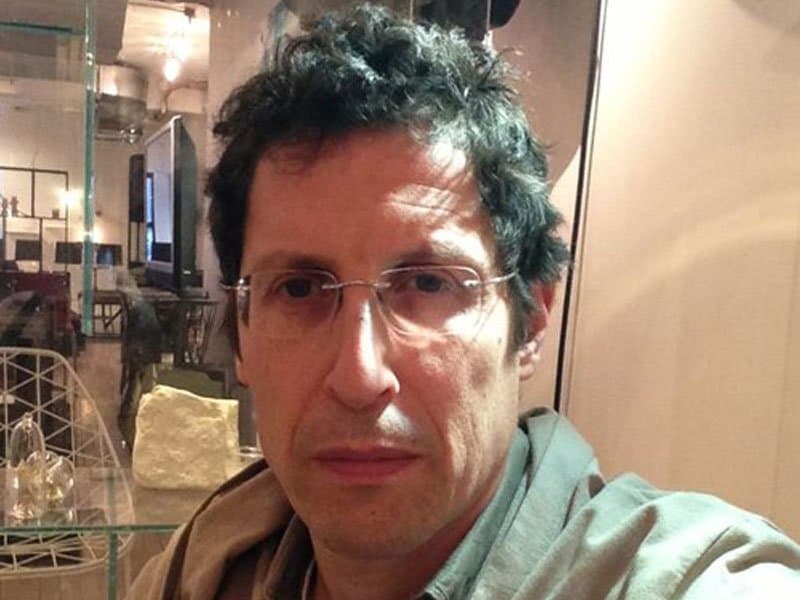 Hello, my name is Evans. Doug Evans. I want to bring $700 (to be discounted to $400) NASA engineered juicers running WiFi and proprietary fruit,veggie sacks at $5-8/each to the masses. Trust me. This is going to be huge. Now, can I pencil you in for a few of these babies? Tell me what it’s going to take to get one of these babies in your appliance garage?

2. These smart guys, the VCs, were selling juice. At the end of the day, the consumable was a cup of juice. The same cup of juice you can buy at Whole Foods or a juice bar.

3. Due diligence is, apparently, just a theory. Something you talk about at cocktail parties because of the alliteration.

Nobody ever thought to squeeze the freakin’ fun bags? Nobody tried to see why it “required” 8,000 lbs of pressure (that’s four tons, y’all) to free the juice?

4. Ask the next VC who turns down your pitch whether he invested in the Juicero deal. Have some fun.

OK, that’s enough. You get the message. Work your deal. Work it hard. Don’t be discouraged when you’re out looking for money. You are dealing with guys who funded a four ton (8,000 lbs) juice press which used proprietary plastic IV bags and which was shown to be a fuck-all by MaryAnne, who is smarter than all of them collectively.

Have some fun with this. Is this a great country or what?

But, hey, what the Hell do I really know anyway? I’m just a Big Red Car. Be good to yourself and, hey, go get a good cup of juice at Whole Foods.