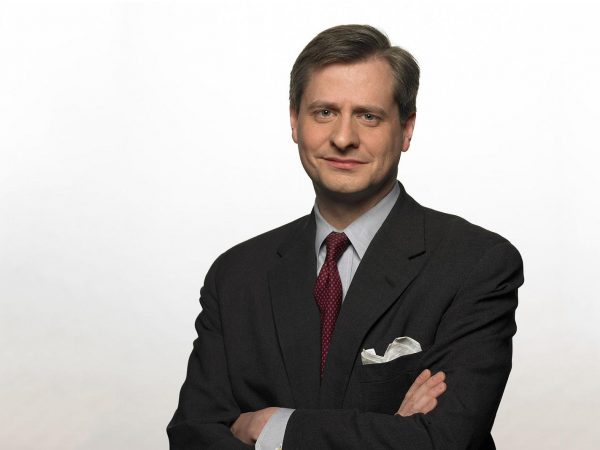 Meacham has been a frequent guest on various news and talk shows such as Charlie Rose, the Daily Show with Jon Stewart, the Colbert Report, Real Time with Bill Maher, Need to Know on PBS (co-host), CBS This Morning, Face the Nation, Morning Joe, Late Night with Stephen Colbert, all the Sunday morning political shows, and the 11th Hour with Brian Williams.

On the night Joe Biden accepted the nomination of the Democrat Party, Jon Meacham appeared on the special coverage with Brian Williams and was asked to critique Biden’s speech which he gave a laudatory review.

Jon Meacham — what does he do?

Asked his profession, he would answer: journalist, editor, writer whilst others would add historian and educator.

What is missing is SPEECH WRITER.

Which brings me to the nub of my thought for today — the profession of journalism and the Democrat party are engaged in a sham pretending that  journalism today is that Constitutionally protected “free press” when, in fact, they are lap dogs and an essential, not-so-underground cell of the Democrat Party.

Got any evidence, Big Red Car?

Herein lies my bill of particulars:

1. Jon Meacham has written extensively about the institution of the American presidency and its occupants including the following books:

Franklin and Winston an Intimate Portrait of an Epic Friendship (2003)

2. Jon Meachan wrote the speech Joe Biden gave at the Democrat National Convention. He did not acknowledge that fact.

3. When asked by Brian Williams what he thought of the Biden speech (written by Jon Meacham), Jon (the political hack) spoke of it in glowing and commendable terms never once mentioning he had written the speech.

This is why I say that the “profession” of journalism should just acknowledge what the facts tell us — journalism as practiced in America today is just an adjunct of the Dem party, is bound by the organizing glue of bias, and is not a free press.

Journalists are employees of the Dem Party. Tel me how I have it wrong.

Jon Meacham wrote a speech for the Dem candidate for President. He was a speechwriter. That same Jon Meacham critiqued his own speech when delivered by his employer, Joe Biden. He was a political hack.

Why keep pretending it isn’t exactly what it seems to be?