On 4 November 1979 (after the demise of the Shah and the ascension of Ayatollah Khomeini), the Iranians seized 52 Americans from the US Embassy as hostages who they would hold for 444 days until freed in the early days of the Reagan administration. Snatching a country’s embassy, kidnapping its staff, and holding them for a year is going to irk that country.  We have never had goodwill with the Iranians though the people are lovely and well educated.

The Americans would attempt to free the hostages in a botched raid that ended in disaster. This further hardened the Iranian – American relationship.

Shortly thereafter, Iraq attacked Iran whereafter an eight year war ensued that took more than a million lives. After this war, the Iranian citizenry turned decidedly cool on the rule of the Ayatollahs. Still, they could not get rid of them.

Khomeini — who proved to be as brutal a leader as the Shah — died on 3 June 1989 setting off a very gradual cessation of the religious rule that culminated with “free” elections in the mid-1990s. Fake elections as the Ayatollahs still had the last word on everything.

The “free” elections resulted in a sham power structure in which the elected President was really a front man for the ayatollahs in the background who continued as the seat of power. Still brutal tyrants.

Iran was a fabulously wealthy oil country with an educated populace that seemed to be headed for greatness until the Ayatollahs gained control.

The current leaders of Iran are who, Big Red Car? 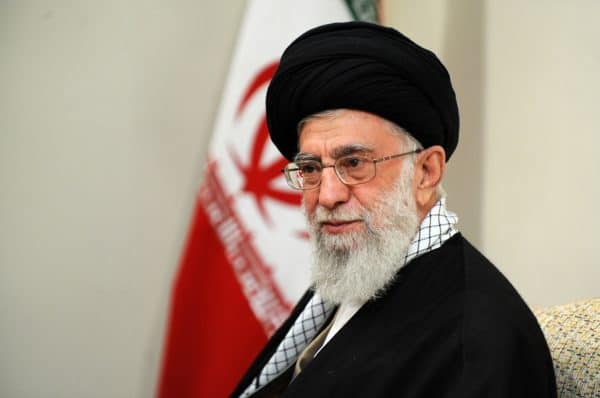 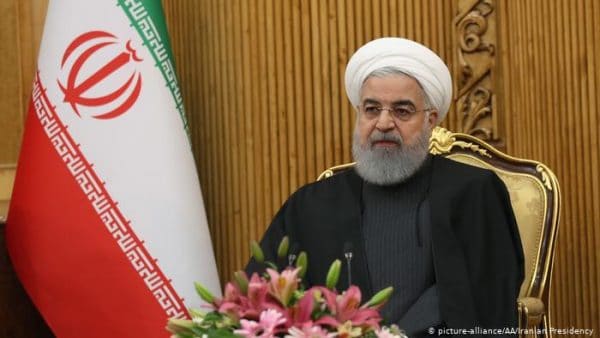 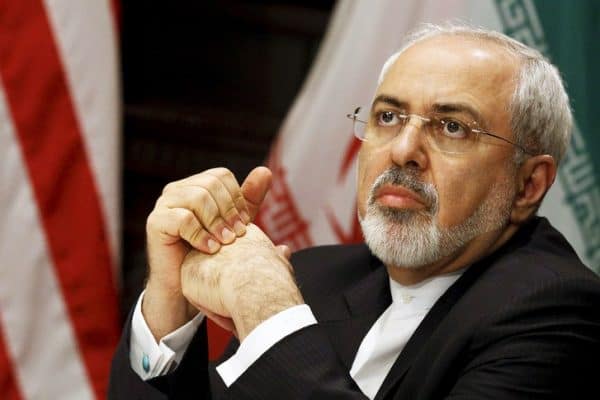 These fellows think they have a seeing eye dog at the poker table because of how badly they have been able to trick the US and their European allies on the Iran nuke deal. They are way overplaying their hand.

So, what is the deal with the Iranians, Big Red Car?

Dear reader, the current Iranian regime is a terror organization that is at its core a despotism controlled by the Supreme Leader that was on the path to creating a nuclear weapon. It embraces a mandate to support two very simple ideas:

Death to America, the Great Satan

Death to Israel, the Great Satan’s friend and Jews

The Iranians are the largest funders of international terror and regional mischief with Hamas (in Gaza supporting the Palestinians), Hezbollah (in Syria and Lebanon), the Quds (a unit of the Iranian Revolutionary Guard, an unconventional warfare unit in Iraq and Syria), the Houthis (rebels in Yemen), the Taliban (Afghanistan), naval terrorism in the Straits of Hormuz — the most important waterway as it relates to the free passage of oil in the world — and, now, indirect and direct attacks on Saudi Arabia and its energy infrastructure.

This is a broad portfolio of terrorism and violence.

While Iran’s bad acts are consistent for the last two decades — sometimes we should just believe what shitheads tell us — recent developments of great note are:

1. Cross border warfare between Quds units in Syria and Israel which has devolved into a constant shooting war.

The Quds shoot rockets into Israel which retaliates with air raids that destroy stockpiles of rockets, launching facilities, and command & control facilities in Syria.

2. The obstruction of the Straits of Hormuz; and,

3. Indirect and direct missile/drone attacks on Saudi Arabia and Saudi energy facilities. These attacks are violence against the global energy industry.

Did the Iranians really do that?

Let’s examine what we actually know.

1. Saudi Aramco facilities on the east side of the Kingdom — nearest to Iran across the Persian Gulf from Iran — were struck by what has been described as “cruise missiles” and “explosive drones” of Iranian provenance.

2. The damage knocked 5.9MM barrels of crude oil per day out of the Saudi production schedule — approximately 50% of Saudi daily supply and 5% of the world’s supply. The Iranians hit facilities like this below. They knew exactly how much production they were impacting. 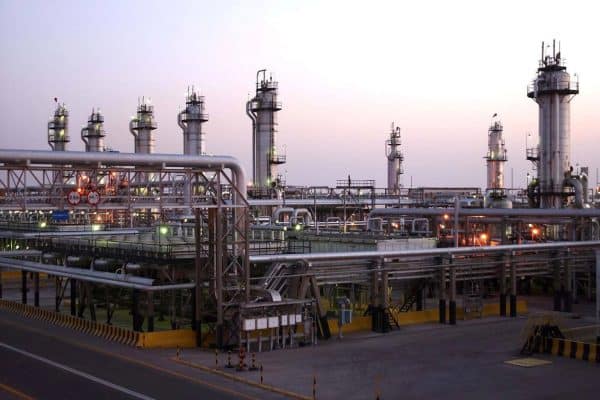 3. The attack, apparently, was sophisticated with all munitions arriving at the same time, a “time-on-target” coordination technique that requires a bit of sophistication.

4.  The Houthis, a Yemini rebel group allied with Iran in the Yemen civil war, have claimed credit for the attack. Saudi Arabia and the former government of Yemen are on the other side of that war.

That war has degenerated into a humanitarian cesspool and is not going anywhere fast.

5. Nobody believes that the Houthis have the sophistication to launch such an attack, have the actual munitions, know how to operate those munitions, have the command & control to run the operation, or believe that the travel distance from Yemen to the Saudi facilities makes any sense.

6. The US Secretary of State Pompeo (former Director of CIA) has said, “The Iranians did it.”

This, dear reader, is the big question — why would the Iranians initiate such an obvious act of war and invite retaliation from the Saudis, their American allies, and the rest of the energy consuming world?

The most obvious answer is that we have been heading this direction for a long time. Here are the stepping stones:

1. The Iranians have supplied thousands of IEDs to battlefields which subsequently killed Americans. The US and Iran have been at war for a long time.

2.  The Iranians have been engaged in a shooting war with the Israelis both indirectly through proxies and directly in Syria. They Iranians may think it is time to broaden that conflict.

4. The Iranians may think that the reduction of the Saudi crude oil supply may relax US sanctions against Iran as the world lusts for more oil to replace the Saudi losses. This has not been the result when Venezuela, Libya, Iran have all struggled with oil production. World oil prices have been stable and low.

Oil prices jumped 12-15% with the first reports on the attack, and have now re-trenched 6% with the Saudi announcement it can be back on line in weeks rather than months. In addition, President Trump opened the US national petroleum reserve to dampen oil price spikes.

5. This may be a purposeful escalation that started with snatching tankers in the Straits of Hormuz, graduated to mining tankers, and has now gone for a doctorate in openly attacking major oil facilities. In any event, this escalation is an act of war.

6. I personally think the Iranians are betting that President Trump’s restraint on the potential recent retaliation when the Iranians downed a US drone in international waters is evidence of a “get-out-of-jail-free” card and that the US is not going to risk a war in the Middle East — make that ANOTHER war.

The Iranians believe the USA is too close to an election and that the USA has no skin in the game as we are not dependent on Middle East oil — thank you, President Trump and fracking.

7. The Iranians may be acting out the pain of the crippling US economic sanctions that are driving a 40% inflation rate and a painful national economy.

8. The Iranians may believe that if they act out, the Europeans will twist the Americans’ arms and get the Iranians’ foot out of the US sanctions trap. There is evidence that that tactical thrust is working.

Big point — the US sanctions are putting extraordinary pressure on the Iranians. They are working.

So, what is Saudi Arabia going to do, Big Red Car?

I think that Saudi Arabia is going to do nothing without American leadership.

I do NOT think the Saudis are going to retaliate. I don’t think they have the national resolve to get into a shooting war with Iran. I think they are a bunch of sword-dancing, keffiyeh-wearing, defenseless reporter-killing, girly men who have no stomach for a military confrontation with Iran.

I don’t think the USA is going to retaliate or act on behalf or with the Saudis. There is no US appetite for another war.

I do think we will see more trouble from the Iranians. There is some death wish at work in Iran. The sanctions must be so crippling that “normal” has taken off to spend the winter in Rio. 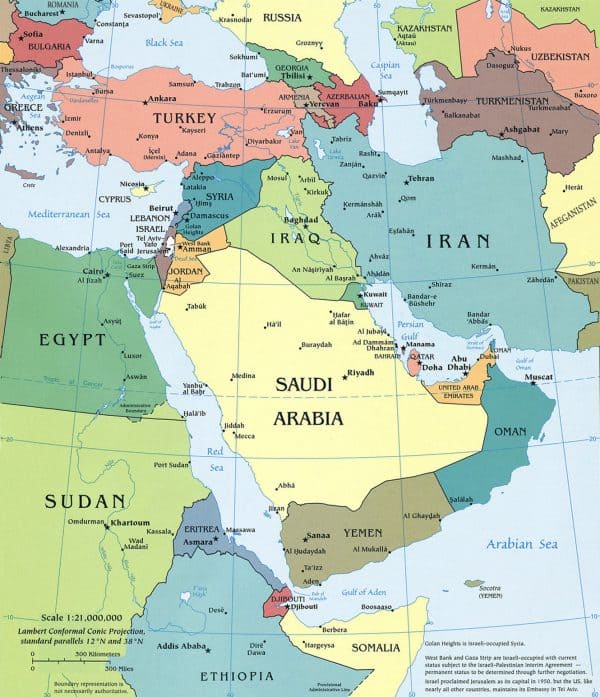