For the last three and a half years we have been treated to a sexy tale of former British spies, Russian sources, all manner of bad doings by Candidate Trump and then President Trump, allegations of Russian collusion, all types of breathlessly leaked stories by the senior management of the premier law enforcement entity in the galaxy, and a media able to confirm, make up, fabricate all sorts of bad things.

It has been James Bond-esque.

Imagine our surprise to find out last week that the source, the deep Russian source of all of the promised, sworn Russia-based evidence is a Russian emigre who lives in the United States and has forever.

As you may have gathered from the title of his blog post, his name is IGOR DANCHENKO.

Thank God he at least has a Russian name.

There it is, folks. The Dossier, that damning bit of opposition research that was to undo the 2016 election, that was to cast Donald J Trump onto the dustbin of history, that was to award the rightful prize to the entitled Hillary Rhodman Clinton is the made up work product of a hack former writer for think tanks.

He doesn’t live in Russia. He lives in the USA and was educated in Louisiana as a 16-year old exchange student who went on to to college at Louisville and Georgetown.

He has an undergrad law degree — not a Justice Doctorate like an American law school — from a regional Russian college, and wrote low grade legal documents for a Russian trading company for three years before emigrating to the United States and becoming a research writer for think tanks including the venerable Brookings Institute. 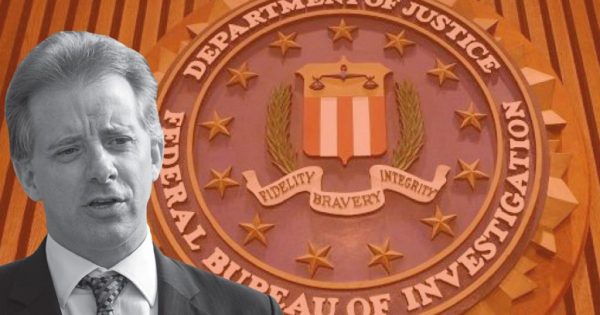 Who is my source? You want to know my source? Why, it’s Igor Danchenko. Who is Igor Danchenko? He’s a guy who writes stuff for think tanks. I know I told you this came from high level Russian intel sources, but I was lying. Sorry.

Worse? Can it get worse? Yes.

The FBI has known this since September of 2016, months before the election.

When they were writing up FISA warrants for Carter Page, did the FBI know the source for the Steele Dossier was Igor Danchenko, the writer? YES

When James Comey was pretending to be in direct communication with the Holy Spirit over the Cardinal’s ouster as a incompetent hack, did he know that the entire Steele Dossier was sourced from Igor Danchenko? YES.

The entire Steele Dossier was sourced from a guy who puts ink on paper for money. He was not a highly placed source inside Russian intel. He was a hack at a bar with his friends laughing up his sleeve at Michael Steele and selling him baloney like it was filet mignon. For money.

The FBI knew it.

The DNC knew it.

The Hillary Clinton campaign knew it.

Only you didn’t know it.

Igor Danchenko — Google him. You will not find this story in the main stream media because all of their sourcing looks like they got taken, used like a Tijuana whore, played like a broken piano, abused like a rented mule.

Why? Because they wanted the story, the Dossier, to be true. They were told by the FBI, who knew it was baloney, that it was true.

Everybody at the FBI from Comey to McCabe to Strzok and all points in between knew it was all Igor Danchenko.

The second Mueller took the assignment, he knew it was Igor. He knew what the FBI knew.

It was all just Igor Danchenko, a writer on the make who took money from Michael Steele to write a pile of baloney that Steele tried to sell like it was gold and which the FBI knew from the beginning was dross.

That’s it. That’s the whole story and these shit birds have known it forever. They have known it for more than three years. And, it just came out last week when documents were declassified and Igor Danchenko made his debutante bow as the source of the Steele Dossier. And, that, dear friend, is how the cow ate the cabbage.

It was a political hit, a paper coup, and it started with Igor Danchenko. Google it.